Your Next Netflix Must-Watch: Zerocalcare 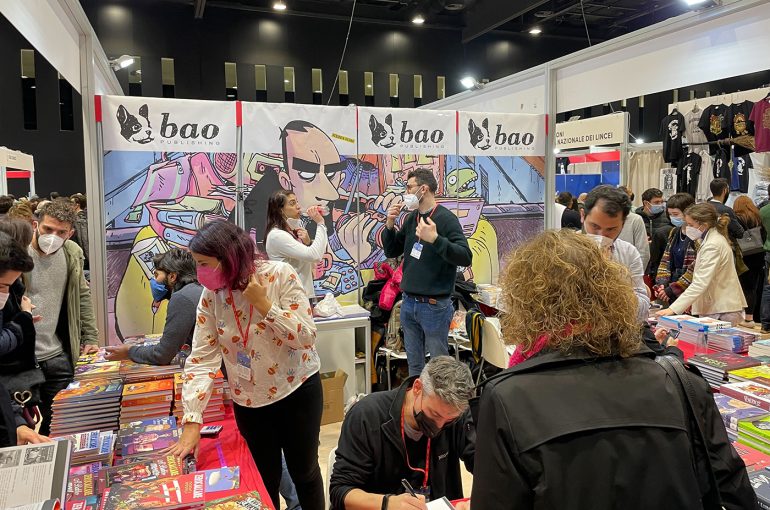 The new show Strappare lungo i bordi (Tear Along the Dotted Line) by Italian artist Zerocalcare is the most bingeable new series on Netflix at just six 15-minute episodes. Zerocalcare, whose real name is Michele Rech, is an Italian cartoonist. His artist name means ‘no limestone’ as he drew inspiration from a TV spot about an anti-scale treatment product. He began his career at the end of high school, drafting some drawings for the infamous G8 summit in Genoa in July 2001. Since then, he gained increasing popularity, winning national prizes and starting collaborations with newspapers like Internazionale and La Repubblica. Today, the Rome-based Zerocalcare is perhaps the most famous cartoonist in Italy.

About Zerocalcare and his show

The series isn’t about a sequence of events, as most other movies and shows. It is a mix between a continuous stream of consciousness and a personal diary, where a trip from Rome to Biella, a city in Northern Italy, takes place. And characters all take part in the introspective attitude of the show.

For instance, there is Armadillo, an orange armadillo representing the protagonist’s consciousness. He guides the main character through his adventures, acting as a kind of Virgil for the lost Zerocalcare. The only difference is that he’s more defeatist and bored than the Virgil in the Divine Comedy. Along with Armadillo, there are several other characters. Secco (literally ‘dry’ or ‘slim’) is uncaring and has no dreams or aims in his life. His simple mind is necessary though, being a friend to Zerocalcare and supporting him throughout the journey.

Two more characters appear in the show. Cinghiale (the Boar) is apparently a simple-minded and rude guy hiding a good deal of wisdom behind his unpleasant nature. Lastly, Sarah is a girl who is extremely busy and stressed due to her job. But she is also a no-frills friend who can be straight during a conversation.

The travel represents the chance for the protagonist, a young boy from Rome embodying the artist, to dwell on his nature, his life, and his flaws. It’s not just a trip from Rome to Biella, but an intimate journey from childhood to adulthood. The stream of consciousness and inner monologues — distinctive features of Zerocalcare’s style — all have their places in the show.

Although the author tells his stories with a subtle sense of humor, the truth is that they eventually convey universal and mostly displeasing reactions. Not only does the show depict the identity crisis of a generation that faced dramatic social and moral dilemmas, but it also represents that grim perspective with a light-as-a-feather approach. Eventually, many people may find themselves laughing but pondering if the show is exactly describing their lives, like they are watching themselves in a mirror.

The series is a masterpiece that is worth watching. Besides being an intriguing Italian animated show, features like the Romanesco dialect and dramatic themes will capture your attention. If you’re already a Zerocalcare fan, you’ll enjoy spotting Easter eggs — like the Kurdish flag in Strappare lungo i bordi — that reference his previous works.