Do Italian speakers have a more integrated worldview than English speakers? 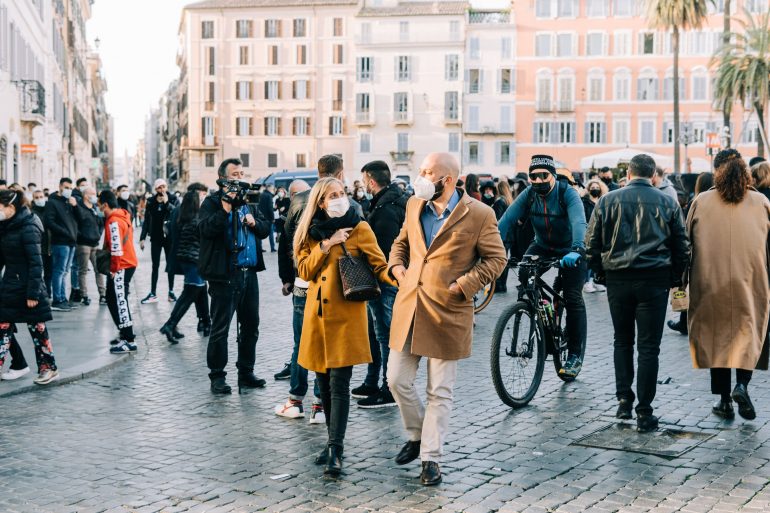 Both Italian and English derive largely from Latin, Italian of course much more so than English, which in addition to Latin has been influenced also by Germanic and other languages. I won’t go into the historical development of each language because it gets quite complicated quite quickly: Indo European led to Greek, Latin and Germanic variants, and those variants in turn influenced the development of other languages, including English. So I am going to frame my discussion in a simpler way.

Let’s take the noun ‘sun’ in English. From it we can derive the adjective ‘sunny’ and the adverb ‘sunnily’, even the verb ‘to sun’. These derivatives of the noun are strongly colloquial. For example, one says: “It is a sunny day” and “She has a sunny personality;” “He greeted his guests sunnily” and “The couple sunned themselves on the beach.” If you want to speak in a more scientific and technical way, you need to use a word that derives more directly from Latin, namely ‘solar’ in this case, so we speak of ‘the solar system’ and of ‘solar panels’. You cannot say ‘the sun system’ or ‘sun panels’, let alone ‘sunny panels’. People would either not understand what you were saying or would find you to be ridiculous, unsophisticated or childish.

But look at what happens in Italian. Let’s start with the equivalent for the English word ‘sun’: ‘sole’. For the adjectival case we have ‘soleggiante’ and ‘solare’ and for the adverbial case, we use a phrase: ‘in modo solare’. I wanted to coin the word ‘soleggiamente’ but none of the online Italian dictionaries that I consulted supported me in that proposition, although my search did lead me to ‘soleggiamento’ which is how you say ‘sunshine’. But again, if you want to speak of sunshine in a scientific or technical way, you need to draw from Latin again: ‘insolation’ in English and ‘insolazione’ in Italian. But at least in Italian we always have that Latinate root and phoneme — ‘sol’ — that strikes a line all the way through the string of concepts, revealing their connection and relation.

In English, it seems that its Germanic side populates and animates everyday usage and its Latin side gets called in for more formal communication. And because of this linguistic split, I see a split also in what I am going to term as the ‘worldview’ of English speakers. It is as if we — and obviously my mother tongue is English — can have fun and yack away in one register of the language but then have to switch over to another register when we need a vocabulary that is better suited to more serious discussions. There is really no reason why we can’t say that we are measuring the ‘sunshine’ that falls on the Earth, other than convention, but convention is important in social and cultural senses and it shapes how we speak to each other in varying contexts. This is why doctors who wear white coats are taken more seriously by their patients and therefore why these same patients generally enjoy better health outcomes.

So this leads me to think that Italians might have an easier time of things in a society and a culture that is forever having to absorb new scientific information, because they don’t have to navigate this divide in their language — it’s just ‘sole’ and its derivatives all the way through: sole, soleggiante, solare, soleggiamento, insolazione. I suspect that this homogeneity of language use immerses Italian speakers in a world that is more unified and knowable, at least linguistically, and this is why I want to propose the idea that Italian speakers have a more integrated worldview than English speakers do. Everyday language and the language of science and technology do not exist in different registers; or if they do, it is easier to cross from one register to the other, with the consequent effect that everyday communication is more scientific and scientific communication is more accessible, not austere and specialized and rarified in the way that it is in English, at least in some fields.

The big schism between science and religion that features so strongly in American social and political discussions has been historically less pronounced in Europe. The work of Charles Darwin, for example, did not meet the same kind of religious resistance that it did in the United States, nor did the work of Sigmund Freud raise similar objections. There were many reasons for these relatively easy assimilations of new scientific ideas into everyday conversation: religious, social, political, historical and so on; and it was true in England as it was on the continent, at least in the case of Darwin’s The Origin of Species, but I wonder if at least in the Italian context, and the context of other Romance languages that share a similar Latinate homogeneity, that the consistency of Italian’s vocabulary did not have at least something to do with the easy introduction of new scientific concepts into everyday speech.

This is just the beginning of an idea that I have and I would have to study the matter more thoroughly to see if there is really something to it. But I do feel confident that the Italian scientist ‘che parla in modo solare, su una spiaggia assolata, del grado di insolazione che colpisce i pannelli solari appena installati’ has an easier time than his English colleague ‘who speaks in a sunny manner, on a sunny beach, about the degree of insolation that hits the newly installed solar panels’, and more importantly, that the Italian speakers to whom he is speaking have an easier time in absorbing the information, not having to switch between the colloquial and formal registers that the English speakers do, an exercise that must tax their energy and make scientific and technical concepts more complicated and alien and estranged from daily experience than they need to be.