The Election of The President of The Republic: An Unpredictable Story

In 2022 the new President of the Republic will be elected, but the race to find the perfect candidate is full of pitfalls. 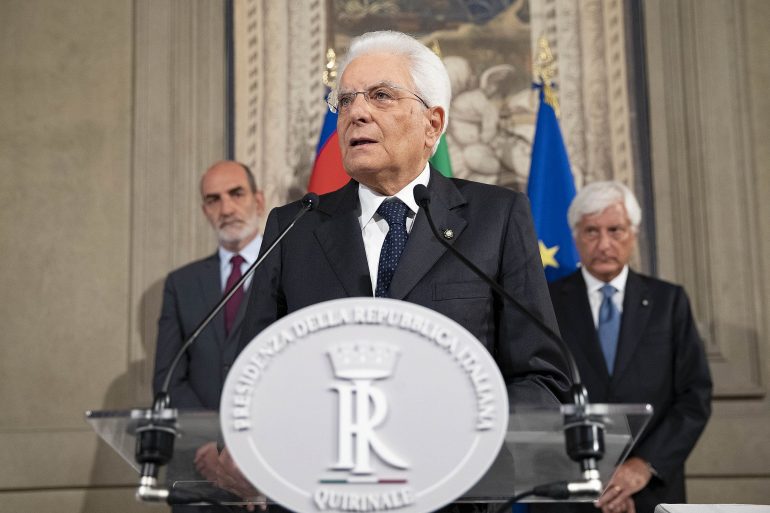 Sergio Mattarella’s demanding seven-year term will come to an end in February 2022 and the ‘great electors’ will be called upon to vote for who will be Italy’s 13th President of the Republic. Let’s look at how the process works, possible candidates, and how this event has a lot to do with establishing hierarchies within and between political parties.

According to the law, 1,009 great electors participate in the election by secret ballot. That is, all 630 deputies, 321 senators, including life senators, and 58 regional delegates. Voting continues until an agreement is reached: in the first three rounds a qualified majority of two thirds of the Parliament in common session is required, while from the fourth round an absolute majority is sufficient. Giovanni Leone, for example, in 1971 was elected after 13 ballots.

Given the rules in force, one of the criteria for the election of the President of the Republic is that of the ‘transversality of the candidate’, who must be voted by both the right and the left and, therefore, must have friendships and preferences in all parties. As of today, in fact, neither the center-right forces, namely Forza Italia, Lega and Fratelli d’Italia — together comprising 441 voters — nor the center-left forces with M5S with 467 voters would be able to vote for the president without a broad agreement.

The game will therefore be played, as always, on the 98 parliamentarians who are not affiliated with these parties but also and above all the so-called ‘franchi tiratori’, or those who vote against the leading candidate of their party for different reasons related to internal power games within the parties themselves. One of the unwritten laws of voting for the President of the Republic is, in fact, that often the candidate chosen by the party leader is drowned by other internal currents to weaken and resize his/her leadership.

Moreover, it must be remembered that the President of the Republic is the one who makes the consultations to create the government and has the power to choose the Ministers and the President of the Council. Given that the upcoming general elections in 2023 are looking very uncertain, it is a hope for all political forces to have a loyal and close president.

In this intricate and devious game of forces, let’s try to understand which candidates are the most palpable in light of the fact that as Marco Damilano reminds us in his latest book, The President, “To weigh more and more are the names that are not on the list.”

Mattarella is the most appreciated institutional figure right now and, according to a Demopolis poll, 56% of Italians would view his re-election positively. He has been the president of empathy but also of firmness in a period marked by the COVID-19 pandemic. He sanctioned the beginning of the Mario Draghi era, restoring, according to many, international credibility and putting us in the best position to manage the Recovery Fund money.

His re-election would therefore be dictated by the desire to maintain a status quo, a very precarious balance that can ferry Italy to the next elections, confirming Draghi as Prime Minister and averting early elections that almost none of the parliamentarians want. In fact, they would risk not finishing their legislature, therefore not taking their pensions and, according to the new law on the number of parliamentarians, not being re-elected in the next electoral round in 2023.

The factors that play against this re-election, however, are different and at best quite significant. For one, the President has always professed to be conceptually against the idea that the President can be re-elected, which is however anomalous given that it has only happened once with Giorgio Napolitano. In addition, he has declared himself tired and willing to retire to private life. A few days ago, he was even reported to be buying a house in Rome.

In a scenario where parties are incapable of producing people who can govern, Draghi is seen by almost everyone as the man of providence. The fact that he is not a very divisive man and that he leads a government with diametrically opposed parties makes him the model candidate: conciliatory, authoritative, capable and, in certain circles, prestigious.

There are several reasons, however, that put the brakes on his candidacy. There is certainly concern with the idea that by moving to the Quirinal he could, de facto, leave a power vacuum and therefore the threat of early elections that, as we have mentioned, are not desirable to many parties at the moment. Adding to that, Italians are not very favorable to this solution, as 54% of them would prefer him in the position he currently holds, namely as Prime Minister.

Many women, with institutional and non-institutional histories, have been mentioned as possible candidates to become Heads of State. Getting into the merits of these candidacies, however, is somewhat difficult given that in Italy, in 2021, a female name cannot end up on the shortlist without being subjected to the absurd rhetoric of ‘a random woman’. Regardless of the value of her political history, the motivations for or against her possible candidacy, the female candidate, as Giulia Blasi says, is presented as someone who, in the end, “never has a name, she is always a figure, a representative of the big single block that encloses us.”

In other words, the fact that in Italy a woman at the head of state is still seen as a striking fact, a way to demonstrate a focus on gender equality that is only flaunted and never substantive, suggests that although we are more than half of the national population and so many of us have had careers and experiences that would qualify us as deserving of this post, our time has not yet come. Although I sincerely hope to change my mind.

No, don’t laugh, it’s not a joke. In a country with a short memory like Italy, even a controversial figure like Berlusconi can quickly come back in vogue. And perhaps even take up residence in the Quirinal.

Given his political history, we know the reasons why he would not be an ideal candidate, much more interesting would be to understand why Arcore’s man is still in the game.

He could be the proposal of the center-right united in view of an electoral victory in 2023. To their votes, however, should also be added those of Matteo Renzi who, according to many rumors and behaviors, is leaving the center-left reformist camp to move towards Forza Italia. This hypothesis is supported by the fact that just a few days ago, the League, Fratelli d’Italia, Forza Italia, and Renzi’s party voted together in the Senate on some measures.

He could be voted by the majority that supports the government today and Renzi, who appears to be more and more l’ago della bilancia — the deciding factor — of these elections, likes him very much.

The motivation underlying the choice of this last candidate is dictated by an unwritten law, that of invisibility. Damilano reminds us that “it is not the visibility of a leadership or an institutional office that pushes in the race for the Quirinal, but invisibility.”

In this regard Casini of late seems to have disappeared from the spotlight. In fact, he is not taking part in any television shows, he has not made any noteworthy remarks in Parliament, and in general no divisive statements. His guarded attitude seems to tell us something: he wants friends, he wants them everywhere, and he wants to keep them hidden.