How Italy Has Slowly Come to Accept Ethnic Food

Ethnic food is not only changing food choices for Italians, it is also opening our eyes to new people and cultures. 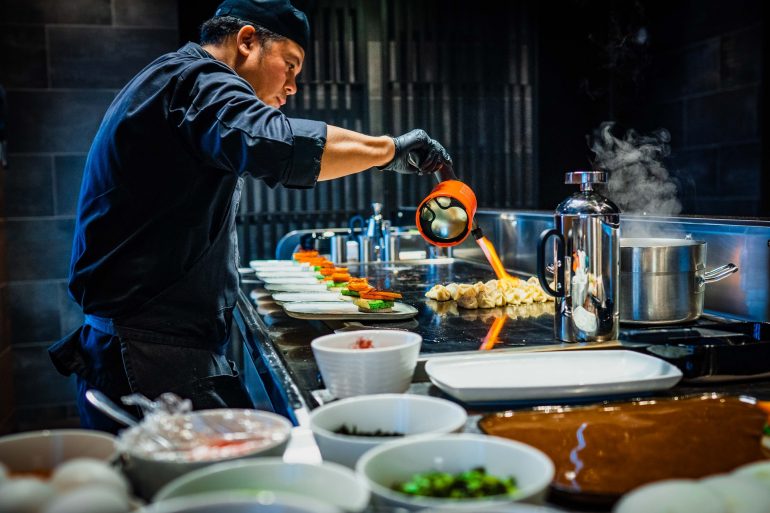 It was 1986 when McDonald’s first placed their yellow signs in the Italian capital. The opening of what was then the biggest McDonald’s in the world perhaps marked a turning point in the culinary reality of Italy.

Some would mark it as the victory of consumerism and marketing. Others would have welcomed this newcomer as a breath of innovation and modernism. Yet, McDonald’s were only the first doors to welcome Italian customers curious about new foods. In fact, it wouldn’t be long before the world of so-called ‘ethnic food’ would change the food choices of many in Italy.

The crowds of people who took to Piazza di Spagna with the cry of “save Rome from Americanization” are now a distant memory. At that time, people were certainly more resistant to the colors and the flavors coming from distant countries and cultures. But nowadays — after three decades marked by a growing foreign population and drastic changes from local bans on kebab shops to an increased open mindedness — it can be said that we Italians are considerably more familiar with non-Italian restaurants and foods.

Look around, you will see people sitting at tables filled with rice and raw fish, aluminum trays full of spicy and oriental scents, or sandwiches dripping with cheese and barbecue sauce. Even chopsticks.

In the 90s it was unimaginable. But now Italians consider foods other than pizza when going out with friends. In Italy, just like everywhere else, new food comes with new behaviors, new traditions, and new people.

A history of food and migration

In most recent times, food has been a powerful tool for many different causes. But before anything else, food is a medium of culture and history. And Italy has a long story to tell.

Italian cuisine is the result of an interweaving of peoples and traditions and thousands of years of history. The great empires, monarchies, and republics of the past brought many flavors and traditions to the country. Take for example the eggplant, or aubergine, an omnipresent element in typical Sicilian dishes. The purple fruit beloved by many originated in India and was imported to Italy by Jews. In the same way, tomatoes, couscous, kiwis, and even cherries would not have been tasted without having been imported from far-off lands.

It is the variety of the many populations inhabiting The Boot that allowed Italian cuisine to emerge over centuries. And today it is clear that new patterns of migration and the ease of access to global products and markets cannot but redefine, once again, the habits of Italians.

According to the estimates of the Italian National Institute of Statistics (ISTAT), non-Italian residents in the country are over five million in 2021. This figure barely reached 200,000 in 1981 and has exceeded one million only since 2000. Obviously, this has led to a change in the demand and supply of food in the area.

In the last two decades, ethnic food has spread considerably in Italian supermarkets. It is not hard to find shelves full of noodles, curry paste, exotic condiments, and other deliciousness from abroad. Also, the number of ‘ethnic’ shops seems to grow at an even higher rate than Italians’ shops — although these are sometimes just stores for cheaper groceries than a place for authentic products. At the same time, more and more Chinese, Turkish, Japanese, and Mexican restaurants are appearing in cities across Italy.

Ethnic food is affecting the social and economic structure of the country. It enters right into the homes of Italians, filling them up with new aromas and flavors, and complements traditional food choices.

Ethnic food and respect for tradition

Yet, in a place with such a recognizable food tradition, it doesn’t come without resistance. This they call food neophobia. It is the adversity to trying foods outside of familiar ingredients and flavors. And in a country like Italy, with such a consolidated regional cuisine, this mistrust of foreign foods has been around for a long time. The opposition to McDonald’s was probably not only a political opposition to American consumerism, but to a different cuisine too.

But today something has changed. Nowadays, Italians show affinity with Chinese and Japanese food, as well as for Latin options like Mexican, Argentinian or Spanish. And this change is driven largely by younger Italian generations.

Young Italians are driving the renewal of food tastes and traditions. They are distancing themselves from traditionalism and closure to the outside world. Much more importantly, they are opening their minds to new experiences and cultures. At a time when everything seems to lean towards distancing, not only from pandemics and hygiene but also from the diverse and unexpected, food shortens the distances and promotes integration.

Yet, one question arises. If we look at what the majority of non-Italian restaurants serve we might note a veil of falsehood. Is that ‘real’ ethnic food or is it a mere adaptation to suit the tastes and needs of Italian customers?

Food cannot avoid narrating its history and the traditions it represents. For this reason, although young people find it attractive to spend their evenings seeking out new tastes and textures on the palate, they need to be conscious of what they want. Preferring low prices and appearances to the authenticity of recipes only serves homogenization and misunderstanding. Thus, in Italy, Japanese culture is reduced to sushi — as if it represented all of Japan — in the same way pizza mistakenly stands for Italy.

Of course, contamination is essential in culinary science, yet there remains a place for tradition. In a time when integration and cohesion among people are even more important, to fairly communicate traditions and be sensitive to national customs is fundamental to avoid misjudgment and stereotyping. Replication, contamination, and adaptation are fine for aesthetics, pleasure, and culinary science. But if you want to know more about a culture, it is well worth the time to seek out its authentic and original flavors.