We Have Had Enough Of No Green Pass

A single No Green Pass rally in Milan can cost businesses 4 million euros. We asked some local shops how protests have affected their business. 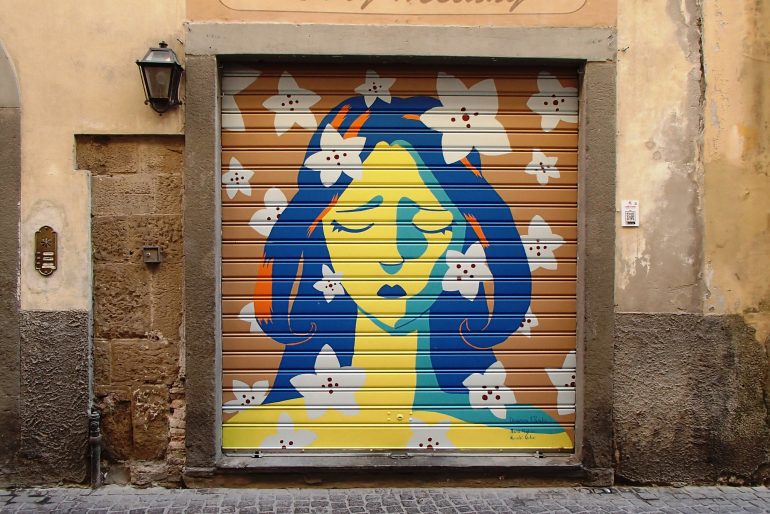 Over the last few months, Italy has seen many rallies against the Green Pass, the government-issued pass that declares that the holder has either received two vaccines or taken a clear negative COVID-19 test. Just this last weekend Milan saw another rally, the sixteenth in so many weekends — this time with quite a special guest: Robert F. Kennedy Jr.

Recent collected statistics declared that in October alone the No Green Pass rallies cost shops in Milan 10.2 million euros. According to the Italian General Confederation of Enterprises, Professions, and Self-Employment (ConfCommercio) of Milan, the protest this weekend cost businesses in Milan 4 million euros.

We spent an afternoon in Milan asking those businesses what they thought about the rallies.

Over recent weekends, the anti-Green Pass rallies have changed. For one, they seem to be becoming more violent, with various arrests of protesters without a pass having been made, for example, for attacking police forces and journalists.

Further, and importantly, the latest rally in Milan was organized after Italy’s interior ministry had issued an order clamping down on protests by the No Green Pass movement. These restrictions included the forbidding of rallies in specific areas of the city and a mandate that the protests should be static “to guarantee the rights of those who disagree while protecting the economic activities and the health of citizens.”

Admittedly, Milan remains a fashion and business capital, regardless of the protests. Commerce still exists, there’s still a buying audience, and crowds are common. However, there has been a change. As we shopped in several of the shops around the Duomo, in the central area of Milan, we found what seemed to be three main impressions: exhaustion, nervousness, and indifference.

Half a step back

“We were lucky to recover after these two difficult years, but these rallies are setting us a half step back,” one anonymous business owner told us. The main road remains quite crowded on a Saturday, he pointed out, but this last rally scared many. “We had some customers run into our shop to move away from the protestors, while other shoppers moved to parallel streets, probably leading them to other smaller shops.”

Other shops on the same road confirmed this feeling of discomfort, while expressing uncertainty about whether this translated into an actual economic loss.

“There is a difference,” many shopkeepers confirmed. Yet, in parallel streets, others stated that they hardly saw a difference at all. In fact, one even declared they saw an increase in profit this month. “Crowds are common anyway on weekends. Maybe a difference would have been seen if the protest was during the week.”

Indeed, the crowds in the center of Milan hardly showed signs of disappearing. Simply by looking inside restaurants — where the green pass is mandatory — we can say we saw no difference. There were lines to enter specific restaurants, tables were full, and customers were of all ages, even at the busy Starbucks headquarters right behind the main square. To this observer at least, it seems that the issue is not that rallies have stopped people coming, but that those that do come are made at least a little nervous.

Yet, as I walked about the city, business owners in Corso Bueno Aires — another crowded main shopping street in Milan — told me that a rally on a Saturday can mean closing their shop entirely or losing 25% of their usual daily profit. Honestly, considering COVID-19’s serious impacts on businesses globally, further losses seem a waste.

This weekend saw a new face among the protestors in Milan: Robert F. Kennedy Jr., one of the leaders of the global anti-vax movement and a nephew of the iconic Democratic and progressive president John F. Kennedy. But who is he and why was he in Milan?

In the past, he has declared that vaccines lead to autism, while spreading other false information through his charity, the Children’s Health Defense, according to a report of the Anti-Vax Watch at the Center for Countering Digital Hate (Ccdh). Kennedy’s non profit advocates for safe measures towards children, such as the right to avoid toxic elements in food and the right to clean water, and fights against big pharmaceutical companies. As Kennedy repeated in Milan, the organization declares itself “not anti-vaccine. We advocate for safe vaccines.”

Kennedy’s stand in Milan was to declare that the Green Pass is against the rights of citizens. While there is an argument to be made about whether forcing people to be vaccinated is the right strategy, Kennedy’s approach is perhaps not the way to win that argument.

In fact, he held a press conference supported by Gian Marco Capitani — founder of the Primum non nocere (From Latin, “First, Do No Harm”) — who has insulted Jewish Italian Senator Liliana Segre for her support of the Green Pass. She was accused of supporting fascist thought (i.e. the Green Pass), although she herself is a survivor of Auschwitz. Although Capitani apologized, Kennedy has doubled down, stating that imposing the pass is compared to the German dictatorship.

I have previously quoted in Italics Magazine the words of my great grandmother: one’s freedom ends when it affects that of someone else. This is known as negative freedom, although I don’t see it as a negative. How does my personal decision affect someone else? This is the simple question I reflect upon when I consider the vaccine and Green Pass debate. In such an emergency, can we even afford to uphold our own freedom at the expense of everyone else’s?

Ultimately, there have been so many deaths over these two years. What can we do to avoid more? If a vaccine can help us protect each other — since it is most effective when everyone is vaccinated — why wouldn’t we take it? With climate change an ever greater reality, which can be expected to release viruses and bacteria which had been peacefully asleep, we know this will not be the last pandemic.

Yet the comparison to climate change is instructive. These things are connected, and they require a similar collective response. At the same time, there will always be greedy corporations looking to make money out of desperate scenarios — and people who don’t accept the scientific consensus.

More communication on these measures should be investigated for the safety of all. Rather than railing against a pass that can help us all gain trust in one another, we should accept our freedoms are only experienced collectively. The alternative is continuing to harm ourselves and the recovery of businesses that have already suffered enough throughout this pandemic.