What Public Opinion Does Not Understand About The Success Of Måneskin

Between attention-seekers and those who don't understand the cultural shift they represent, Måneskin detractors seem to lack realism. 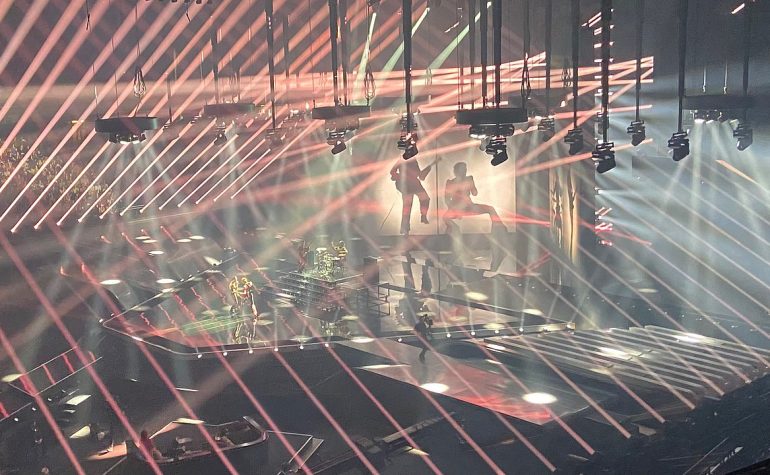 The triumphant rise of Måneskin continues and has taken on an increasingly international form. The autumn of this Roman rock band is, without a shadow of a doubt, legendary.

In their journey overseas they have been able to collect a series of appearances in major events that is only to be envied: they have held concerts at the Bowery Ballroom in New York and the Roxy Theatre in Los Angeles, participated in The Tonight Show Starring Jimmy Fallon, opened the Rolling Stones concert — yes, you read that right — in Las Vegas, and were hosted by Ellen DeGeneres who described them as “an incredible Italian rock band whose music has been streamed over 3 billion times.” Capping off this incredible moment, the group also won the Best Rock award at the 2021 MTV Europe Music Awards.

If that wasn’t enough, on October 8, their latest track Mammamia, with English lyrics, was released and managed to place second on Spotify’s worldwide Top Debut Songs chart.

As our readers know, there haven’t been many things in recent years that we Italians have been able to feel proud of and, in general, our self-esteem has remained at very low levels. In this regard, the fact that, in Italy, the success of these four 20-year-olds has been perceived as divisive and accompanied by several sterile criticisms raises the following question: how is it that in Italy we are not able to fully appreciate the success of a young band that is bringing Italian music everywhere?

Why are Måneskin criticized?

First of all, let’s try to understand from whom and on what the criticisms are concentrated: the most talked about — and on which the most entertaining memes have been made — has been the criticism by the Cugini di Campagna, an Italian band of the 70s famous for the use of falsetto and for the song Anima mia. They have complained that Måneskin frontman Damiano David wore American flag-themed clothes very similar to those used by them on other occasions. The criticisms then moved on to judging Måneskin as band that will be forgotten because they are just a beautiful image but do not make good music. All of this sort of criticism has been mostly attention seeking, since as we all know the American flag is a theme used by many stars and repurposed continuously, not only by Måneskin.

Generally speaking, if you look through the social networks and in the Italian public discourse, Måneskin are criticized for very sterile issues that have little to do with taste, technique, or art. That is, it’s not arguments saying “we do not like Måneskin,” which are more than understandable, but rather attacks directed toward their attitude and their path. Ultimately, what the detractors can’t stand is the fact that they participated in X Factor Italia, that they don’t do pure rock, and that they aren’t real rock stars — if they don’t break the hotels, it doesn’t count — thus making their image inauthentic.

Vittorio Sgarbi would have declared about them: “When of an artist you look only at his clothes or what he says we are only in the field of fashion.” In short, the fact that they have a refined look, a desire to convey messages even through their image is according to many a discredit or a negative aspect. Some detractors can’t stand the faces they make in photos and others, unfortunately, go so far as to blame Måneskin for the inclusive and free messages they convey.

Granted that people in the world of social media tend to divide themselves on everything, some thoughts on this need to be made. Constructive criticism, such as the fact that Måneskin’s music may not be liked, is certainly legitimate. However, judging them as not rock enough according to antiquated canons, ridiculing them unnecessarily for copying a look, or belittling them because they are beautiful but without substance is not to criticize them but instead demonstrates a certain lack of realism and foresight.

What is dividing public opinion about Måneskin are arguments that fail to understand a central function that the band is having towards the country. Namely, to change its image by modernizing it.

Beyond the technical considerations and taste — as already mentioned legitimate — what is being lost is the opportunity to say and support the idea that for once we have managed to break through being different and, let me say, better than the stereotypes that trap us. For once, Italy isn’t “pizza and mandolin,” isn’t bigoted, isn’t old, isn’t “all men,” and isn’t machismo. Whether we like the content or not, we are good and we are there because we deserve it. The fact that not everyone rejoices reflects more on the current state of Italy — and not in the best of light.