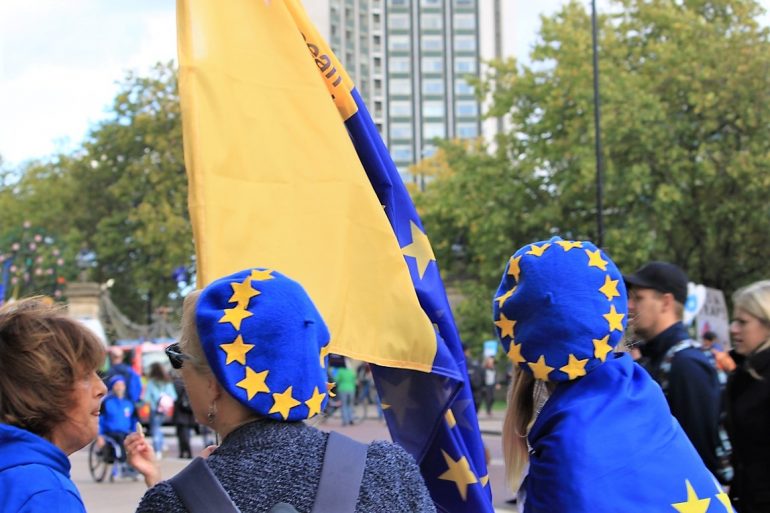 The team of Voters Without Borders is pleased to present The Ballot Box, a new Italics column which will consist of a series of articles aimed at informing the over 2 million Italian nationals living in other EU countries about voting rights issues. Our European Citizens’ Initiative (ECI) seeks to raise EU citizens’ awareness of their voting rights as mobile citizens living in other EU member states. As a result, it is in our interests to highlight issues that Italian citizens face abroad in terms of political representation and to investigate available and potential solutions to improve democracy.

It’s a common complaint that European institutions suffer from a perceived ‘democracy deficit’. European Citizens’ Initiatives (ECIs) were designed to address precisely this perception and be crucial mechanisms to increase direct democracy at the EU supranational level.

The trouble is that they are not as well-known, or well-used, as they could — or should — be.

ECIs were introduced by the Treaty of Lisbon (2007) and implemented in 2011 through an ECI Regulation. Fundamentally, they are transnational instruments allowing EU citizens to participate directly in the development of EU policies and highlight issues that they care about but that the EU political class has turned a blind eye to.

When an ECI collects at least one million signatures from EU citizens who are nationals of at least seven member states, it can directly request that the European Commission proposes a legal act in an area of EU competence. As a result, ECIs have the potential to create invaluable transnational coalitions of committed Europeans who choose to amplify their voices both horizontally, by Europeanizing national public arenas, and vertically, by exerting pressure on EU institutions.

However, while ECIs might confront citizens’ disinterest in European affairs and have a significant impact on democratic life in the EU, only a few ECIs have been successful. Right2Water, the first ECI to collect more than a million signatures, did so only in 2013, two years after ECIs were introduced. Since 2011, 101 ECIs have requested registration. However, only six of the 76 registered petitions received the required one million signatures from at least seven member countries. Similarly, our ECI Voters Without Borders has only received an average of 1-2% of the signatures required in most EU countries.

The reasons behind ECIs’ low efficacy

But why are ECIs so ineffective? To begin with, the limited success of ECIs can be attributed to a lack of information. Indeed, the existence of ECIs as a tool for citizens to shape European policies is unknown. According to a poll conducted by Voters Without Borders on European citizens’ awareness of ECIs, only 2.4% know about this instrument.

Voters Without Borders is also experiencing problems connected to lack of information. While we work to raise EU citizens’ awareness of their voting rights as mobile citizens living in other EU countries (check out our Statute), only a minority of EU citizens are aware of their existing rights. Moreover, even fewer are familiar with our initiative, as evidenced by low interactions on our social media accounts, despite the presence of millions of mobile EU citizens with multiple reasons to support our work. This information problem was also evident during the May 8-9 EU Sign Days, as many participants were not aware of the existence of ECIs as a direct democracy tool.

On the other hand, the low success rate can also be attributed to the lack of standardization of signature collection procedures across the EU, as the requirements to sign ECIs differ depending on citizens’ nationality. While signatures can be collected in a variety of ways, both online and in person, different requirements may cause confusion and represent a barrier to obtaining enough votes in some countries. For example, while Italian citizens only need to provide their document number and name/surname, citizens from other countries, such as France, must instead provide their address, which may deter some citizens who are hesitant to provide personal information from signing the petition. These distinctions are easily discernible when examining the different requirements for each country on our Voters Without Borders signature collection website.

Finally, even when ECIs collect a sufficient number of signatures, legislative responses from EU institutions are frequently insufficient. Out of the seven initiatives that made it to the finish line, the Right2Water initiative was one of the few that was followed by EU Commission’ actions. However, even in this case, the resulting revision of the Drinking Water Directive took effect only 9 years after the ECI was launched.

Differences between ECIs and Italian campaigns

As a result of a lack of awareness about ECIs, a lack of legislative response at the EU institutional level, and a lack of standard collection procedures, very few ECIs have been registered, and even fewer have been successful. Besides Right2Water, another ECI to get 1 million signatures and trigger a Commission’s legislative response is the one aiming to ban toxic pesticides. The initiative was submitted to the Commission in 2017 and received 1,070,865 signatures from 22 Member States, sparking large international debates thanks to the campaigning efforts of hundreds of thousands of Europeans and the initiative’s connection to public health issues, such as many Europeans’ exposure to cancer-inducing chemicals.

However, without widespread information and conscious institutional support, most ECIs’ campaigning energies dissipate after the end of the campaign. As such, and only on rare occasions, an ECI can spark transnational debates and highlight issues that citizens care about but that the political class has overlooked.

The ineffectiveness of ECIs contrasts sharply with the success of other national signature-collection initiatives, such as those for referendums on cannabis legalization and euthanasia in Italy, which received over 500,000 and 1,2 million signatures, respectively. These extraordinary results stemmed from widespread information on the topics, particularly among those under the age of 25, but also promotions by media and Italian political parties, such as the Five Star Movement for the Euthanasia Referendum. Finally, similar collection requirements in each Italian region undoubtedly aided the process.

To make ECIs as successful as these Italian campaigns, more information, harmonized transnational standards for collecting signatures and higher institutional response are required. European citizens and organized civil society have been central to the ECIs initiative, but European institutions must join them to incentivize EU citizens’ participation in European policymaking, as well as launch an awareness-raising campaign and reforms to ensure that everyone is aware of ECIs and can sign them.

The new 2019 ECI Regulation 2.0, which aims to make the European Citizens’ Initiative more accessible, only partially bridged the expectation gap between civil society and a Commission concerned that its insulated decision-making powers would be overwhelmed. Therefore, more profound initiatives at the EU level are required to make ECIs a functioning tool of EU direct democracy and to address democratic deficit issues.