Squid Game: How A Global Success Translates To Italian Life

What would Squid Game, the popular Korean series on Netflix, look like in everyday life for Italians? 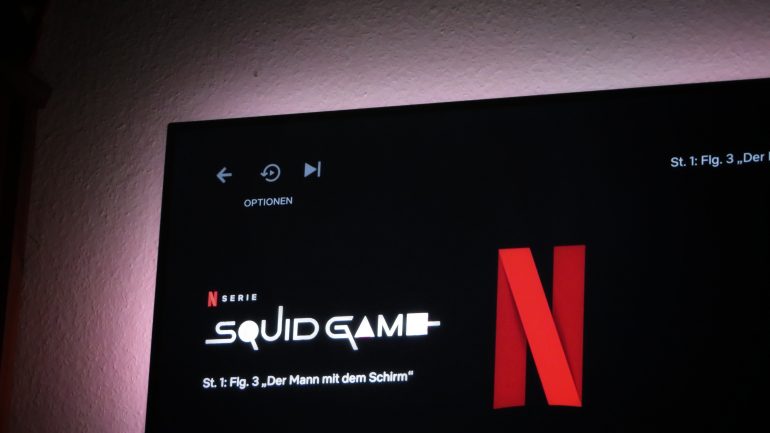 Squid Game, the Korean series available on Netflix, is now a global success that has already set tongues wagging. As you might already know, the series portrays a group of cash-strapped people who, tempted by the chance to win a copious cash prize, accept to enter an apparently harmless competition and find themselves playing children’s games — with a lethal twist.

The show has left audiences around the world at odds for various reasons. Some viewers are concerned over the fact that children are watching this rough show and emulating its games. Many others have complained about the subtitles, which seem to be poorly made and often convey a meaning that is different from what the original dialogues intended.

Every detail has been up for discussion, including the title of the show. Spain has been made fun of for translating it into El juego del calamar, thus standing out from other countries like Italy, France, and Germany where the title was kept in English. Can you identify the contradiction in this discussion? Spain translated the Korean title literally, just like the English-speaking translators did. So what is more interesting to discuss is, instead, the fact that European countries, such as the ones I mentioned, have stuck to the English translation. Indeed, you should know that, at least in Italy, we tend to use many English words instead of Italian and consider Italian less captivating or “fashionable” in some contexts.

Are you curious to know what the title would sound like in Italian? Il Gioco del Calamaro. However, it seems unlikely that it will be adopted even though, apparently, the series could be dubbed soon.

The cross-cultural element of the games

Leaving this discussion apart, it is interesting to note that some of the children’s games that appear in the show are played by kids worldwide: the first one — called Red Light, Green Light in English and known as Un, due, tre, stella in Italy — is supposedly the most shocking and unsettling within the series since it truly represents a vivid memory in everyone’s childhood. Its violent twist has certainly changed the way we’ll see this game from now on.

Tug of war — Tiro alla fune for Italians — is another competition I remember being forced  to play. I’m stressing on the forcing because I can’t imagine children voluntarily choosing this game. If I were a player in Squid Game, I wouldn’t make it to the next round for it is such a stressful, difficult, and painful game.

Excluding marbles, which used to be a popular game, the other rounds in the show don’t have an exact counterpart in Italy, even though both the glass stepping stones and the Squid Game remind us of balance games like Hopscotch — Campana for Italians.

In any case, even the typical Korean games not shared by our children are now popular: an example is the Honeycomb, which has already gone viral on social media with people sharing their own candies and the process of cutting the shapes out as a challenge.

Let’s now reverse the situation. I will pick a few issues or situations of everyday Italian life and I’ll treat them as games. Nobody, hopefully, dies in this case, but real life can sometimes be full of apparently calm and normal tasks that unexpectedly turn into farcical dares.

The SPID Game: SPID is a Public Digital Identity System that is now needed to access the digital services of local and central administrations.

There are so many ways you can obtain this digital identity that things are quite complicated from the very start. In fact, in order to get our credentials, we have to pick one of the many digital identity providers, then register on their website and be prepared to follow different steps, one of which includes carrying out the recognition in person, via webcam, photos, and the list goes on. If you’re not very good with technology, you can always go to a public administration office. Pity that the authorized public offices are not everywhere. I would say that the chances of surviving the ‘SPID game’ decrease as age increases.

The Pension Game: As a 27-year-old person, the odds of making it through this game are very low for me. Mario Draghi, Italy’s Prime Minister, is now working on the pension system and it’s scary to see that the hard-earned moment of retirement is moving further and further away. Who knows if my generation will get a pension one day? Considering the era of over qualifications, crisis, pandemic, internships, traineeships, and so on, it’s looking more likely that we’ll be able to get some rest — and some money back — in our next chapter.

The Pineapple Pizza Game: You’ll agree with me that food is the best option to close this series of games on a lighter note.

I know, we always complain about pineapple pizza. But, thinking about how easily Italians get upset when they see their food modified or prepared in absurd ways — TikTok is full of terrifyingly funny videos — imagine a game where, in order to live, we had to eat pineapple pizza or, even worse, kiwi pizza. The stakes could be upped by adding even more noxious international takes on Italian recipes, like carbonara with cream or pasta with ketchup instead of a proper tomato sauce, to the menu.

Surviving might be easier than we think, but I imagine that the thought of having to hide or live with what we ate in order to pull through could take down some participants in the long run.

If you watched the show, you likely know that there are some VIPs behind the games funding them and watching them just for fun. As disagreeable as it might be, you are now the VIPs following the Italian Squid Games. Which ones do you consider more difficult or intriguing? Who would you bet on?