Why Is Uber So Unpopular In Italy?

While the app is present in the country, it seems that no one has heard of it. Why is that? 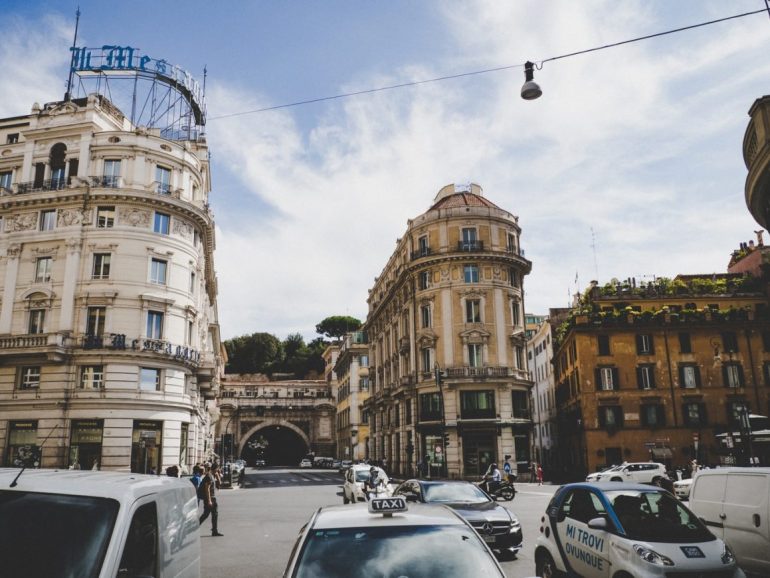 The first time I was invited to a party in Rome, it was an hour from the center. One metro and two buses to get there. I had already understood that public transportation wasn’t one of Rome’s perks but my Roman friend didn’t think this route was too bad. “I’ll just take the bus and we can meet at the bus stop down the road.” After quickly checking my Uber — a 15 minute journey — I did not hesitate. “I’ll actually see you inside, I’m going with Uber,” I texted back. My friend’s response “Uber…chi? Ah yes. Weird.”

This is how I learned that the habits I had developed traveling in other big cities in the world might not apply to Italy. Everyone at the party was surprised that I had taken Uber to get there. They had all ventured out with public transportation or just drove — like the majority of Romans do. They did not use alternative apps that much. This was 2020. Perhaps it was the cost that was restricting them — even though it seemed cheaper than a traditional taxi. But, then again, it seems like no one takes taxis in Rome. Punto. What about the rest of the country? Was there something in the mentality or habits that just doesn’t sit right with Uber or using an app to book a car ride? Is there something about booking a private service that just does not work in this particular context?

I always thought Italians were obsessed with apps: there is an app to get in line for the post office — you cannot live without it. There is even a nasoni app to locate Rome’s classic fountains when one is dying of thirst. Let’s not forget Glovo, the food delivery service that has boosted the Italian economy by providing a huge number of jobs during the pandemic by connecting small businesses to clients in an unprecedented way. Start-ups also flourish in big cities, and these past few years there are even new ways of getting around. Enjoy, the cars you can rent spontaneously, are very successful and have become part of everyday life. To Good To Go, the app that allows you to buy food that would otherwise be thrown out that day at a lower price, is also a staple.

As it turns out, Italians aren’t resistant to innovative technologies at all, and it seems that the pandemic has only increased interest. Ordering necessities via the internet and food to go have increased dramatically and changed everyone’s habits for good in many regions — both rural and urban settings. To understand why consumers haven’t yet incorporated Uber into their everyday habits, we have to understand first how the company implemented itself in the country, and the backlash they initially received.

Uber has been present in Italy since 2013, however, in 2017 the taxi association sued the Silicon Valley giant. In April that year an Italian court blocked the company from operating in the country. The reason? The service constituted unfair competition. Uber was also prohibited from promoting and advertising its services in Italy. The company has a history of receiving backlash from local taxi drivers — for instance, what had happened in France or Turkey.

After the trial, Uber’s lawyer commented: “We will appeal this ruling that is based on a 25-year-old law. Now the government can’t waste more time and needs to decide whether it wants to remain anchored to the past, protecting privileged profits, or whether it wants to allow Italians to benefit from new technologies.” Perhaps this statement gets to the core of the problem. While Uber had been banned in other countries previously, the local customers were still in favor of the service, what with the taxi system being so outdated in many capitals and big cities. After the ban was eventually reversed, the customer base grew. Go to Paris, London, Berlin, or Istanbul where customers will open up the app for any travel needs. So what happened exactly?

When Uber saw they would be met with too much resistance from the taxi association they decided to change gears. They took off the market their Uber Pop concept where private drivers could join the company without a license, like in other countries. This was the key point that would infuriate the taxi drivers since the cost of getting their own license is high. The journey to becoming a taxi driver in Italy is paved with challenges, where numbers are capped per city and the number remains low. Rightly so, taxi drivers fought to keep a market that was already vanishing. So Uber re-strategized to focus on Uber Eats — the food delivery service that rapidly became hugely popular — as well as scooter rentals. What about regular car rides? Well, Uber Taxi allows passengers to reserve a taxi from the app, but not a private driver. The company heard the complaints and adapted. Right now only a few cities have it: Turin, Bologna, Naples, Milan, and Rome. The numbers of drivers are pretty low too: about 1000.

Uber is expected to keep growing, but a failed marketing campaign and a halted start might be the reason why people have been slow to include it in their life. In Rome, a majority of people already have their own cars, so it is also very easy to get a ride to the airport from a friend or family member; and in cities like Turin or Milan public transportation is well-developed. According to statistics in 2019, 72% of the population had never booked a car on the app.

In other countries, working for Uber is accessible to a wide number of people looking to supplement their incomes. It allows a flexible schedule and some freedom. If you live in Germany, the UK, Spain, or the USA, chances are you have an Uber driver in your circle. I have taken Ubers in the middle of nowhere in Minnesota. I’ve met single moms who drove during school hours and students in the countryside in Romania who were driving to finance their studies.

However, once again, the red tape and resistance towards a free market and global economy have prevented many potential drivers from signing up. It’s a vicious circle. It is now easier to work for Uber Eats — using your own vehicle, your bike, or your feet — than signing up to be a driver, which would require a license and a huge investment. The lack of drivers increases price surges, and the absence of marketing has made the name of the company evaporate from people’s minds. Uber was not necessarily doomed from the beginning, but the company failed at analyzing their reader persona well ahead of time — if innovation is meant to occur, it cannot be a threat to old traditions. This is perhaps the unspoken contract when launching a new product, trend, or company in the country.

The future of Uber in Italy

Does it mean that other ride-sharing apps are meant to fail? Not exactly. As a matter of fact, there are several that compete with Uber (Carmel, Lyft, or Freenow for instance). But a similar problem is happening in that they aren’t part of people’s everyday lives either. The apps that are flourishing are doing this by focusing on other ways to get around: rent your own car with Enjoy or a Vespa with Scooterino. It’s much more practical, and you only have to rely on yourself.

Perhaps a clue to resolving the problem lies in Italians’ aversion to taking taxis in general. The reason why it’s so hard to work as a traditional taxi driver is because clients do not use the service in everyday life — only very occasionally. Other self-driving options are a lot cheaper and widely available. A lot of young professionals and teenagers are also fond of JUMP, the scooter app that is a sister company of … Uber. Uber’s journey in Italy might not have taken off the way they wanted, but they are definitely on their way to becoming part of people’s lives in the end.