The Significance of Giorgio Parisi’s Nobel Prize for Physics

Giorgio Parisi was one of three scientists to win 2021's Nobel Prize in Physics. Why aren't we doing more to build scientific talent? 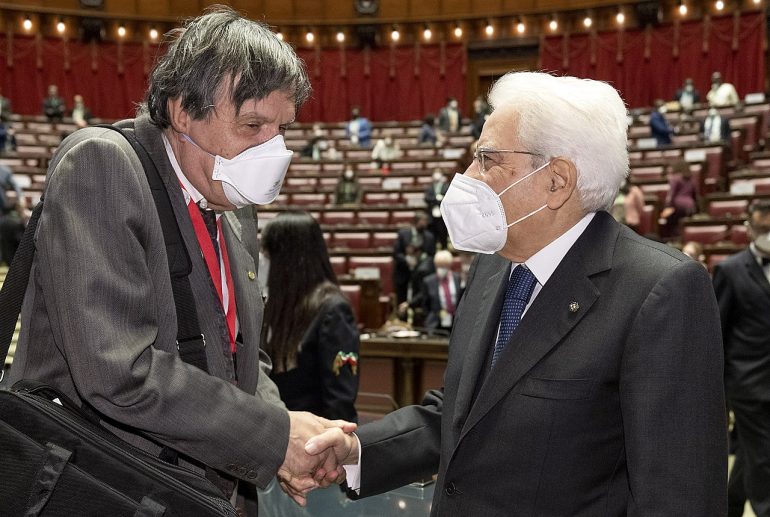 Last week the Nobel prize for Physics was assigned to scientists Giorgio Parisi, along with Syukuro Manabe from Princeton University and Klaus Hasselmann from the Max Plank Institute for Meteorology in Germany.

Parisi, who spent the majority of his career at the Sapienza University in Rome, was awarded his share of the prize in recognition of his “important contributions to the theory of complex systems.” Manabe and Hasselmann both contributed to scientific research in the field of Earth and Climate Science, setting the basis of sound evidence for climate change.

However, the complexities of the three scientists’ work go well beyond my poor scientific understanding and are not the focus of this article. What I am most interested in is rather the response to the award as it has been portrayed among the Italian public and media, and what the significance of Parisi’s achievement might or might not be for the country.

The initial reaction to Parisi’s award in Italy was one of joy, with an odd mix of patriotism, quasi-football fandom and pride. Later came the issue of trying to figure out what exactly the scientist had won the prize for — complex systems — something which seems rather complex, let’s say, by definition. So, we tried to answer a different question: namely, how could such excellence come from a country where scientific research funding is among the lowest in Europe?

The state of scientific funding in Italy

It was Parisi himself who highlighted the critical state of scientific spending in Italy. After his victory, he explained the need to respect the promises made in the European Recovery Fund spending plan and called for the amount of investment in science to rise. Moreover, the scientist brought forward the importance of strategic planning when it comes to funding scientific research, advocating for clear targets and employment strategies to support researchers — researchers who, notoriously, tend to pursue opportunities abroad.

Partly as a result of this brain drain, Italy has the lowest number of researchers per million inhabitants in Italy, a statistic significantly below other western European countries and matched only by Cyprus in Europe.

This could be due not only to the scarce funding opportunities. Rather, the Minister for Universities and Research also points to two additional issues. Firstly, the densely bureaucratic processes that research centers and departments have to go through in order to allocate funding and pay contracts. And secondly, the long and sluggish steps to take in order to climb the ranks of an academic career. The first issue considerably slows down research projects, with researchers unable to spend money that their faculty may already be holding in their accounts in order to buy equipment or spend on resources. The second makes a career in research and academia an unappealing option for young graduates, as a slow process towards permanent employment in a university may determine low mobility and intergenerational turnover.

Yet, despite the new sources of funding coming from the European Recovery Fund, the scientific community in Italy has highlighted how spending allocated for research and development in universities remains really low. And, most importantly, it does not change a culture that apparently fails to value the importance of strong development of scientific research.

Scientific research as a collective endeavor

The Italian scholar Mariana Mazzucato — who herself works in the UK — is among the most prominent voices advocating for the importance of state spending in innovation, research, and scientific endeavors. She highlights the fundamental role of public funding for research while reframing the role of the state as an active agent in generating private innovation.

Overall, the fundamental role of scientific research in socio-economic, technological and cultural development is agreed upon by most in public policy circles. Yet, little is done to increase the efficiency and sustainability of research and innovation systems. This could be due to a lack of any political return that might come from long-term structural investment in R&D, with its intangible impact being of little use for political campaigning and gaining traction in elections.

In order to revert this tendency, politicians could work on communication campaigns aimed at informing the country about the positive impact of a healthier research ecosystem, something that could be later be leveraged in political campaigns, once the awareness about its benefits is higher. It’s also worth mentioning the risk in cases where individuals like Parisi achieve outstanding prizes like the Nobel. Here, it’s easy to overlook the collective nature of scientific contributions. Giorgio Parisi is without any doubt an outstanding scientist, but a country’s scientific system cannot depend on individual talent and a single scientist’s exceptional capabilities.

We must not forget the importance of a sustainable and collectively supportive research environment to allow talents to develop and share knowledge in order to contribute collectively. To advance the country’s technological, scientific, and socio-economic knowledge and expertise, the state should become more active in supporting research in the scientific community. We’re really going to need it in the years ahead.