In a highly divided political scene, Italy's local elections may have offered a glimpse of a brand-new moderate force. 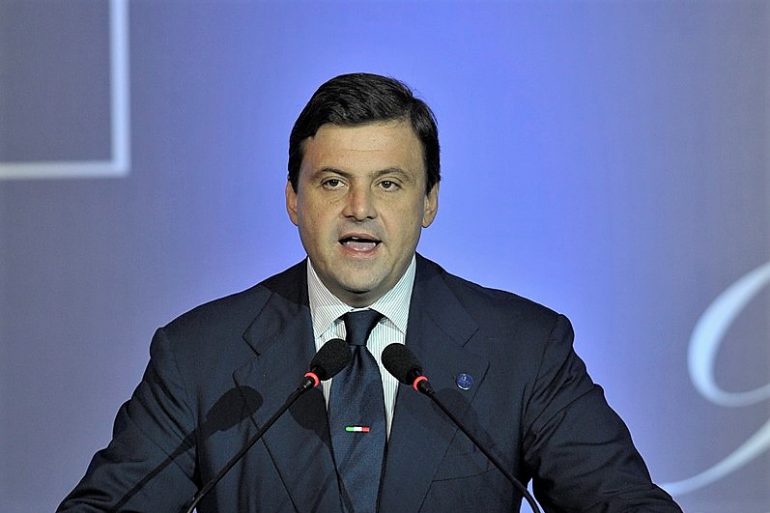 The European center-left is riding high. Last week’s mayoral elections in Italy delivered a string of impressive victories in key cities, with their once-ascendant far-right opponents suffering a distinct drop in votes. The results for the center-left Democratic Party (PD) and its allies followed similar achievements in both Germany and Norway, ushering in a surprisingly upbeat autumn for progressive forces across the continent.

But while these political groups are patting themselves on their backs, a question remains. Could another moderate progressive political party be emerging — and is there space for such a party in Italy?

It has been a good couple of weeks for the center-left in Italy. The alliance made up of the Five Star Movement (M5S) and the Democrats managed to put Italy’s sovereigntists to bed in Bologna and Naples, where constituents all gave rock-solid mandates to center-left candidates, while in Milan a PD-led alliance won without the help of the M5S.

In these three cities, the progressive block threw down a challenge to a far-right front that appears to be in the throes of a looming crisis. Weak contenders, flimsy alliances, and judicial scandals in the League and Brothers of Italy delivered a major blow to their odds of winning.

On the other hand, in Turin and Rome, no single candidate won outright. As a result, we can expect a runoff at the end of October between the far-right and the center-left nominees. At the second ballot, these cities may follow the trend towards the left, as PD candidates are likely to take most of the votes of their rivals defeated in the first round.

Although the center-left may bring a handful of big cities into the fold, there is another story to be told, which may have an impact on both the left and right in Italy. That’s the group that may represent a breath of fresh air: Carlo Calenda and his creation, the party Azione (Action).

Beyond the center-left block

Carlo Calenda, former Minister of Economic Development between 2016 and 2018, is the founder and leader of Azione, a moderate, pro-European party that may yet turn the political scene upside down.

Although the party has a national vote share of 3.1%, it revealed itself to be a force to be reckoned with in the municipal election in Rome. According to the first ballot’s result, candidate Carlo Calenda gained 19% of the vote, the same as the incumbent mayor, Virginia Raggi from M5S. But, in reality, those numbers hide a quieter victory: Calenda Sindaco was actually the most voted list in the municipal race, with a staggering 200,000 votes cast by Roman citizens.

To some, this makes Carlo Calenda a promising candidate to be the new leader of a moderate political presence, one that could bring votes from both the left and the right. Parties like Forza Italia and Italia Viva, led respectively by former Prime Ministers Silvio Berlusconi and Matteo Renzi — alongside other parties whose vote share barely exceeds 5% — are eager to crown Calenda as the standard-bearer of a new Italian moderation. He even gained support among the populist Lega, as Minister Giancarlo Giorgetti endorsed Calenda for his run as mayor.

A new leader may arise

But are these parties betting on the right horse? That remains to be seen. Carlo Calenda appears at least to have all the skills and the leadership to be the major name in a liberal front that is on its last legs. His surge to be a possible leader of moderate progressives may represent a whole new ballgame in the Italian political scene.

Some things are on his side. Firstly, he has considerable experience as a manager in private corporations, and as a Minister for Economic Development. In this role, he had a big impact. For instance, his National Strategy on Energy in 2017 gave rise to the end of coal in Italy and has helped to bring ideas of decarbonization and efficiency to the energy system.

Secondly, youngsters appear to appreciate Carlo Calenda — as well as others from across the political spectrum. His pro-European approach, his environmental policies, and his slick digital strategy are features that have helped to turn out the youth vote in his favor.

Fundamentally, though, Calenda represents an alternative to the current political scene. Nowadays, many citizens find themselves trapped between an uninspiring, potentially unstable coalition of the PD and the M5S on the one hand, and the far-right block on the other. Young people need a brand new political force that aims at recognizing, and intercepting, their disillusionment.

Italy admittedly has a long tradition of men — from Berlusconi to Renzi and Beppe Grillo — who make claims to be a new face on the block that can solve all the country’s problems. Calenda may be another to add to the list. Yet, many voters are sincerely tired of a PD who only rely on being the lesser evil, while they are also put off by the excesses of the nationalist right. While old-school parties and sovereigntist forces respectively churn out dated ideas and trashy propaganda, young people especially may choose Calenda to be their representative.

In today’s national political scene, Italy needs a new liberal progressive force. But when moderates are spread between different parties — from parts of Forza Italia to the PD, from +Europa to Italia Viva — there hasn’t been a single force that has been able to unify these values. Considering that the turnout in the latest local elections was only 55%, too few people feel represented. Let’s hope that this sudden liberal rise inspires many to vote again.