Over the last several years, even decades, Italy has changed in eight ways that will surprise you. 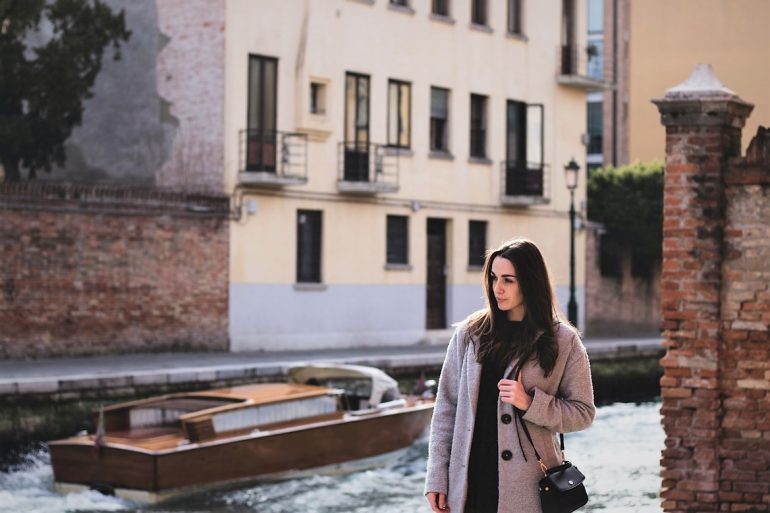 Over the last several years, even decades, Italy has changed in some ways that now seem to be more or less permanent. If you are Italian and/or live in the country, most or all of what I say below will not be news to you. But if you only occasionally check in on what is happening in the country, or if you are new to italianità, the things I briefly note below might be interesting or surprising to you. Few of my observations have been derived scientifically; they are just things that I have noticed or have had pointed out to me by locals. In some cases, I am noting conditions or developments that are longstanding but seem new because they upend the standing stereotypes or assumptions that are widely held, so they are in fact quite well established and not new at all, but they will be new to some or most of you. That being said, here are my takes, presented in no particular order, for your consideration, discussion, confirmation or objection.

1. Young people do not drink wine or coffee

One young man I know does not like the effect of the latter and cannot stand even the smell of the former. Orzo, a roasted barley beverage that is prepared like coffee, is available to those who want something a bit more than just hot milk in the morning, and it is a drink that I quite like myself, despite or because of my relatively advanced age. There is some concern that a decrease in wine intake among young people corresponds to a troubling increase in so called superalcolici, which are often imbibed at nightclubs and other venues, and which can be implicated in tragic road accidents. The rejection of wine by the younger generations has its upside, however, since it might not be as good for your health as has been previously declared. Conversely, one mitigating factor, perhaps more than any other, is that wine is traditionally taken a tavola; that is, in the rich social and cultural context of the traditional Italian family meal, the salutary effects of which it supports at least in part by aiding, if perhaps only symbolically, a bonding conviviality.

2. Migrants are increasingly visible in places of work

African immigrants are the most visible but Italy is home to migrants from many nations, including Kosovo, Ukraine, Moldova, the Philippines, Morocco, Macedonia, Romania, Sri Lanka, India, and many other countries. It is interesting for me to speak Italian with them because I recognize the often — but not always — rudimentary nature of their Italian as being similar to my own even as I usually find it easier to speak Italian with native speakers because their accent is typically clearer and more familiar to me. In any case, to speak Italian is in at least some measure to become Italian, a process that I find fascinating not least because I myself am immersed in it.

3. No one chops garlic anymore

Watch any cooking show and you will find that more often than not, a chef will just toss the whole clove in the pan, almost always peeled and sometimes smashed, swirl it around in the hot olive oil for a while, and then pick it out and discard it, announcing to the audience that the iconic aromatic has ‘done its job’. In fact, I think the subtle use of garlic has always been a feature of Italian cooking, with Italians themselves often identifying the southeastern part of France, with sound justification, as a place where the use of copious amounts is the order of the day.

Fiats have won wide acclaim throughout Europe as incredibly good values as they are innovative, well engineered, and responsive to the desires of the market, namely attractive design, fuel economy, and high utility. The Panda model in particular, in its multiple configurations, has won the hearts and has opened the wallets of consumers throughout the continent and beyond. This may come as a surprise to Americans given the brand’s initial struggles several decades ago. Multiple reasons are given for the bad reputation that the make holds, unreliability being first and foremost among them, but also their small size and somewhat peculiar design. There may be some truth to these early stumbles, but it is not just Fiat’s fault. Although the charge that the company is great at ideas but poor at execution used to bear some merit, it is also true that American mechanics did not learn how to work on them properly. One need only witness the number of early Fiats that still ply Italian highways and byways today to realize how good they are and have always been.

It was only a matter of time before hummus was adopted by Italians as its ingredients are common to the Italian palate. The hamburger, instead, took some retooling to suit Italian tastes, like the use of denser and more interesting bread, thicker and more sensitively seasoned and cooked patties, and a fresher and more delicately applied use of condiments. Paella? Sí. Sacher Torte? Jawohl. Babaganoush? نعم.

I am convinced that the one thing that Americans pine for, especially those who live in large coastal cities, is a sense of community. This, I am here to announce, can be found in abundance in any small Italian town, in a form that is both deeply rooted in local tradition, identity and culture and at the same time — surprisingly — open to newcomers. I won’t romanticize this; small Italian towns are as protective of their status quo as those of any other country, but you can say that, perhaps with some exceptions, openness to newcomers, a kind innate hospitality, is built into the DNA of these places. In fact, the kind of identity politics that you find in big cities throughout anglophone cultures in the United States, Great Britain, Australia, New Zealand and other places is supplanted or perhaps anticipated by a more local, and in my estimation, more humane model of social formation that privileges place affiliation and inhabitance over a more abstracted model based on personal characteristics such as race, gender, sexual orientation and other so called immutable features. Black? No problem. Handicapped? No problem. Gay? No problem. If you live here, you are one of us. I am probably being overly positive in this depiction, but I don’t think by much and it is worth considering its virtues in contrast to the exhausting and conflictual identity group model that inflicts so many large liberal cities in the western industrial world.

Forget the simpleminded regional stereotypes. Just as California has long ceased being a state that is divided into north and south, Italy is no longer a country that is so easily parsed by a similar geographic rubric, if it ever was. Any claims to the contrary run counter to published crime statistics and are the product of simple bigotry and ignorance held both domestically and abroad. You may prefer to live in the north, middle, south or islands for any number of reasons, but prevalence of crime should not be your guiding criterion since it does not break according to common and erroneous understandings. And, if you are American, you must realize that the prevalence of crime in Italy is a mere fraction of what it is in your home country. In fact, Italy consistently ranks among the safest of countries within Europe as well as within the world at large.

8. Social capital is as strong as ever

Wherever you go, despite what the Italian media tells you, you will be the delighted recipient of a level of social capital that you are unlikely to find in any large city elsewhere. Every interaction I have at a post office, at a bank, at a grocery store — you name it — is inflected by a kind of warmth, humor and humanity that I typically do not find elsewhere. Yes, I may be biased and yes a Danish fruit seller, a Chinese store clerk, a German bakery employee, a Tunisian passport official, and a French pâtissier have all charmed me with their kind and efficient attention, but for consistency and personal engagement, I doubt you can beat Italy and its Italians, as regionally distinct as they may be.