The Italian take on horror started back in 1960 with this classic. This year, let it rise from the dead again! 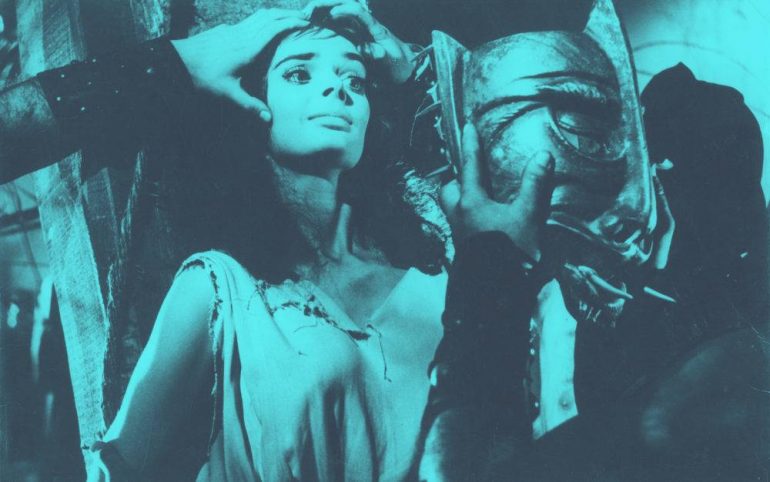 As we creep and crawl into the Halloween season, it is time to pour some witches brew and let cinematic terror chill our blood. While Dario Argento’s Suspiria is probably the most recognized and praised Italian horror film internationally, this Halloween we have decided to showcase a less discussed but equally deserving piece: La maschera del demonio. Better known as Black Sunday in English, the film was the directorial debut of Mario Bava.

Born in Sanremo a few days after the start of World War I, Bava was immersed in the world of cinema immediately, toddling after his father Eugenio as he worked on photography and special effects for silent epics like Cabiria. As a young man, Bava quickly distinguished himself as a master of light and shadow, working on visual effects and lighting for films produced by Benito Mussolini’s regime. While many of his projects were rather straightforward melodramas and comedies, by the late 1950s he became involved with Italy’s wave of science fiction, which had reached the Bel paese in the wake of the UFO mania that gripped Cold War Hollywood.

Bava became the ‘fixer’ for many productions, called in to reshoot or improve the work of others, often without credit. One of these films was Riccardo Freda’s I Vampiri, the first Italian horror film to feature sound. While the movie was largely unsuccessful and the genre was ignored by most Italians, it seems to have planted a seed of passion within Bava. Three years later, producers greenlighted his first solo project, giving Bava full control of his artistic vision when he decided upon a loose adaptation of Nikolai Gogol’s horror novella Viy.

Black Sunday opens with the foreboding narration of “In the 17th century, Satan was abroad on the Earth,” and we gaze upon a grisly vision of hooded executioners and bound bodies. The flames, shadows, and billowing mist make it incredibly atmospheric, confirming the pureblooded Gothic nature of the film. One is instantly reminded of the Universal Classic Monsters series, especially early examples like Dracula and Frankenstein. We learn within the first minutes that a Moldavian witch has been accused of worshipping Satan, and is being put to violent death along with her lover. Before she dies, the witch places a curse upon her executioners and their descendents. The film cuts to 200 years later, when two visiting medical doctors stumble upon the burial place of the beldam and accidentally awaken her from the dead, allowing her to return for long-awaited revenge. Without revealing too much, the rest of the narrative concerns the struggle of the witch and her Rasputin-like paramore against all that is good.

The film is a delight for those who enjoy the beauty of black and white cinema, with the rich shadows making certain shots appear almost like charcoal drawings. There is a shot in the witch’s crypt where the arrangement of a skull and a pile of bones has a distinct resemblance to the vanitas paintings common during the Renaissance. Whether or not it was intentional, it is one of many moments of unexpectedly sublime beauty within the picture. For those who enjoy set design, there are enough cobwebs and gnarled trees to fill several movies, and the castle and crypt look completely authentic.

While Black Sunday is rather tame by modern standards, there are moments which would have shocked a 1960 audience and are still effective today. Bava does not overwhelm the viewer with violence, but doses it out in a measured fashion. Whether it is blood squirting out of the eyeholes of a torture mask or a crucifix searing the forehead of the demon-possessed, the director masterfully utilizes closeups and gory practical effects to startle those watching. The shock value of the possessed witch’s rotting flesh and a metal spike driven through the eyeball of a vampire have not faded significantly even after six decades, and that is remarkable considering how graphic screen violence now is.

The violence was enough to cause Black Sunday to be altered or banned altogether in multiple countries, and the rather bold eroticism did not help either. Bava saw something of a sex symbol in the young starlet Barbara Steele, and exploited her curves as much as was possible for the time. The potent crucifix finds itself nestled in her cleavage in more than one closeup shot during the film, and her moans when being possessed sound curiously pleasurable. Bava does not look away when the young doctor and his object of affection lock lips; the level of voyeurism involved almost becomes uncomfortable for the viewer. In one of his most daring moments, Bava lets the camera gaze upon a bodice as it is ripped, but causes the villain to be startled and let the victim go before her breasts are fully exposed.

All told, Black Sunday has held up well over the years, and can be considered the grandfather of the horror genre in Italy. Bava grew to be known as the ‘Maestro of the Macabre’ as his career went on, and his younger peers Lucio Fulci and Dario Argento followed in his footsteps. The level of violence and eroticism presented by Bava only increased over the next two decades as a new generation of filmmakers pushed the envelope as far as they could go.

If you prefer a different type of horror, Italy specialized in slasher films during the 1970s and 1980s, and here are a few we can recommend: