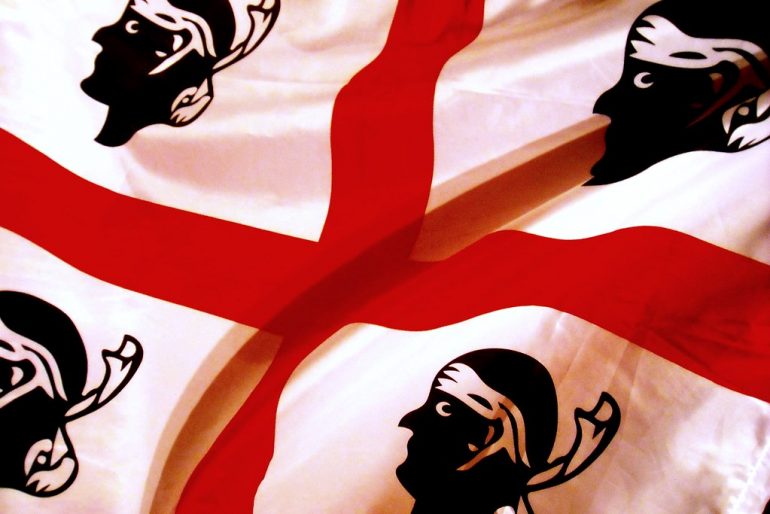 Last Monday, as Carles Puigdemont walked out of his extradition hearing at the Court of Appeals of Sassari, Sardinia, he was greeted by a group of jubilant locals shouting the word ‘freedom’. Before being detained by Italian police serving a Spanish warrant for his arrest, he visited the mayor of Alghero, an ancient maritime town located on the north-west of the Italian island, and spoke with him not in Italian or Sardinian, but in Catalan. The exiled former president of Catalonia, whose attempt to secede from Spain in 2017 made him Madrid’s most wanted man, was also planning to visit the governor of Sardinia, who had invited him to the island in the first place and whose party, the Sardinian Action Party (PSd’Az), makes independence claims of its own.

These events reveal a curious bond between two fiercely proud regions, both autonomous in relation to their respective states, and each with a history of regional nationalism. Their cultural ties date back to the 14th century, when Sardinians were made subjects of the Crown of Aragon and, after its union with Castille, of the Spanish Empire. During the island’s Spanish period much of its population in and around Sassari was replaced with southern Iberians, while many islanders were sent to the mainland or Majorca as slaves. The resulting intermingling of language and custom can be witnessed today, both in folklore parades like the Sassari Cavalcata, and in the unique cultural blend to be found in the city of Alghero, whose people speak Catalan as well as Sard, and where there remains stationed a permanent delegation of Catalonia’s Generalitat.

History’s ironies have a peculiar way of manifesting themselves, for today the descendants of the conquered have become the political cousins of the descendants of the conquerors. The reasons for Sardinia’s warm embrace of Puigdemont go beyond a shared history and culture, and can be found in their common political opposition to a superimposed central government. Just as Catalan secessionism originates in the region’s opposition to Castilian and later Francoist rule from Madrid, so does modern Sardism have its origins in the island’s rejection of Savoy and later Fascist rule from Rome.

The cession of the Spanish Kingdom of Sardinia to the House of Savoy in 1720 marked the beginning of the island’s political and economic marginalization from the Italian mainland. After the Italian Wars of Independence, the term Questione Sarda was born among Sardinian intellectuals to describe the broad range of issues surrounding Sardinia’s underdevelopment. Sardinian nationalism, which began to stir politically around the end of the 19th century and chiefly among educated landowners, was thus initially associated with anti-colonialism. Catalonia’s experience was slightly different in that it was originally the most dynamic trading post of the Kingdom of Aragon. But after its forcible absorption by the Castilian Crown it atrophied for two centuries, becoming a source of raw materials, food and cheap labor.

The red shade colouring Sardinia would eventually blend with the black of Catalonia during the 1930s and 40s. Forced into hiding by Mussolini’s ban on his party, Emilio Lussù — who founded the PSd’Az in 1921 — and fellow Sardists began their underground struggle against both Italian and Spanish Fascism, aiding the Catalan anti-Francoist front in the anarchist Rosselli Column. Other Sardinian nationalists — especially among the urban middle-class elite of the island — were on the other side, allying themselves with the Duce in the hope of receiving a measure of autonomy in exchange.

After the liberation of Italy in 1945, Sardinia was awarded a considerable degree of regional devolution by the Constituent Assembly, the details of which are enshrined in Sardinia’s regional statute. It has autonomy over much of agriculture, industry, public works, law enforcement and education. But like devolution in Scotland and autonomy in Catalonia, these concessions have done little to abate secessionist moods on the island. Today, Sardism is still a powerful political and cultural force. According to a 2012 survey conducted by the University of Cagliari and the University of Edinburgh, 41% of Sardinians were in favor of independence, whilst another 46% preferred to have a larger autonomy within Italy and the EU, mainly on fiscal policies. A 2017 poll by the Ixè Institute found that 51% of questionnaires identified as Sardinian rather than Italian, as opposed to the 15% across the country identifying by region instead of nationality.

Unlike in Catalonia, this strong sense of Sardinian identity has been unsuccessful at the voting booth. All the Sardist parties combined usually manage to scrape up around 10-20% of the vote in regional elections, while none have been able to emerge as a strong competitor to the national parties. This is mainly due to the highly fragmented state of the Sardist movement into a large number of factions — 16 during the 2014 regional elections, all pushing for different policies and unable to unite around a single program. Solinas, the current governor of Sardinia, won 48% of the vote in the 2019 regional elections only thanks to his alliance with the Italian center-right coalition, thus abandoning his party’s leftist roots.

The future of the Sardinian nationalism is uncertain. Though it has a troubled history with Rome, it has never had to endure the scale of repression and persecution suffered by Catalonia at the hands of Franco. It is also hard to imagine an Italian government reacting with the same inflexible force as Mariano Rajoy’s government in October 2017, when he sent squadrons of police to smash into voting stations to disrupt an unauthorized referendum. This is probably because of the capacity of national Italian parties to embrace and dilute Sardinian and Lombard secessionist parties in a way that Spanish parties haven’t with Basque and Catalan ones.

But perhaps the continued attempts by Madrid to bring justice to Puigdemont — the unbowed figurehead of European secessionism — will only encourage Sardinia to make more autonomist demands on Rome. In an interview with the Guardian last week, Antonio Moro, the president of the PSd’Az, said of Puigdemont’s arrest that “Sardinians have found it painful to see their land transformed into such an ugly scene, where the Italian police arrested a Catalan on the orders of the Spanish magistrates.” How Sardism will feed off Catalan nationalism going forward, and how both these tendencies will affect relations between the two capitals will be interesting to behold.