New research has put Italy in second place for digital transformation among G7 countries. How did this happen? 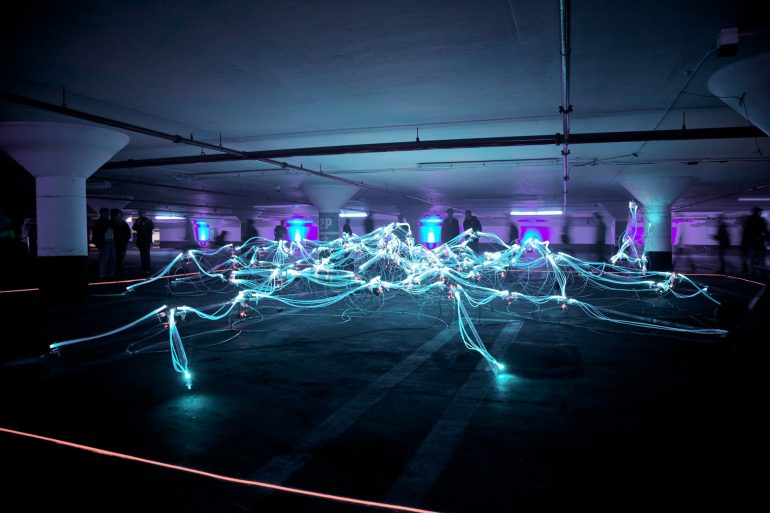 Italy can hardly stop proving itself this year. While knows that Italy is the undisputed ruler of music and sports in 2021, there’s another sector now defined by Italian success — a sector that’s more surprising. Today, according to research from the European Center for Digital Competitiveness (ECDC), our traditional tech laggard now looks to be a model of a digital hub. How did this astonishing transformation happen?

To aid Europe’s recovery from the pandemic, the EU has made considerable sums of cash available. The Next Generation EU fund — with which Italy’s National Plan for Recovery and Resilience (PNRR) — is just one stream of aid. Yet, as part of the Digital Europe Programme, EU funding of a further €7.5 billion has been made available for digital hubs that are (or will be) supported by their member state.

What is a digital hub? These European Digital Innovation Hubs (EDIHs), to give their full name, will function as one-stop shops to help companies dynamically respond to digital challenges and become more competitive in Europe after the pandemic. Each participates in technology clusters, initiatives, and funding — while offering tech services to those who need them.

Currently, Italy has 53 fully operational digital hubs and 14 in preparation, including university research centers such us the Politecnico di Milano or Università di Bologna. Meanwhile, in France, only 25 are currently operational, while in Germany there are only 33. Only selected hubs will begin operations towards the second quarter of 2022, but right now in Italy there are many hubs with great prospects for development.

This initiative was established with the intention of mitigating the negative consequences of the COVID-19 crisis and to help SMEs use new technologies and get in step with the times. As we know, one of the countries that needed this initiative the most was Italy, known across Europe for its bureaucratic slowness, underdeveloped systems, and old habits such as having the fewest people working from home in Europe. Many thought the country would not be able to take real advantage of this fund, but Italy proved even the most skeptical observers wrong.

This, at least, is what emerges from the Digital Riser Report 2021, drawn up by the ECDC at the ESCP Business School. The report shows how all countries came up with measures to aid digital transformation since 2018, while ranking the best performers and ‘digital risers’. This year, China is on the podium, while the US, Japan, and Germany have dramatically slipped. Yet, Italy remains the real surprise: the country was able to improve its position from last place within the G7 last year to second place in 2021 — and now it ranks eigth among G20 countries, between Canada and France.

But while we should no doubt celebrate Italy’s success, the report highlights a potentially concerning trend. Across Europe, we are seeing a two-speed transformation, with some countries falling behind while others rise.

“Despite the wakeup call of the pandemic, our report highlights that digital technologies are still not a priority for many governments,” Professor Philip Meissner of the ECDC said. This is a red flag in particular for Europe, which didn’t perform exceptionally well, despite the digital transition being a key determinant of future prosperity and competitiveness.

Yet, it does offer an opportunity for Italy. In fact, the question arises: “Is Italy on its way to become Europe’s digital hub?”

To give a full answer to this question, we need to take a step back to look at what happened during the COVID-19 outbreak.

In 2020, one third of the world’s schoolchildren (463 million) were unable to access remote learning, a crucial technology in an entire generation’s continuation of schooling. At a global level, we were unable to deal rapidly with such an urgent need for digitalization, as schools — both professors and students — could not access the resources.

A plan to avoid future emergencies such as this was approved on August 5 in Trieste for the G20 Digital Ministers’ meeting, in which digitalization was a central part of the discussion. In this plan, Italy in particular encouraged information sharing among members in order for governments to make the most of digital technologies to better serve the economy and society. This strategy was important for Italy, revealing the country’s appetite to accelerate it’s digital transition.

Yet, in reality, concrete measures for digitalization have been in preparation for a long time. Over the last three years, two projects have been particularly recognizable for their boldness and success: Repubblica Digitale and Italian Startup Act.

The latter is a new regulatory framework that defines a series of eligibility criteria to identify new innovative companies and strengthen the country’s startup ecosystem. One of the interesting elements of the act is to create new employment opportunities — particularly for the youth. The framework has raised widespread interest among Italian entrepreneurs and, in 2019, there were already over 10,000 registered startups, something the country has hardly seen before.

Repubblica Digitale, on the other hand, aims to support digital inclusion all over the country. The aim is the acquisition of digital skills and key competencies by citizens and employees, especially in the public sector. And along with it, this could bring a more active citizenship and inclusive democratic participation.

Italy’s recent digital successes offer hope of a change in Italy’s technological reputation. Yet, thanks to the PNRR committing over a quarter of its sums to business and state digitalization, enormous opportunities are yet to come.

But will these measures be enough to enable digital inclusion, promote growth, and enable a successful recovery from the pandemic crisis?

At the very least, we hope that decision-makers attend to the real priority — namely to make the digital transformation as inclusive as possible, connecting research with production, and taking steps to close the gender gap. That could be the real revolution. With the right tools and equal possibilities of inclusion, Italians may really prove once more what they are capable of.