Not Achievable and Not Accomplished: Italy’s Mission in Afghanistan

A month after the last of NATO troops left Kabul to the Taliban, we look at the legacy of the 20-year war for both Afghanistan and Italy. 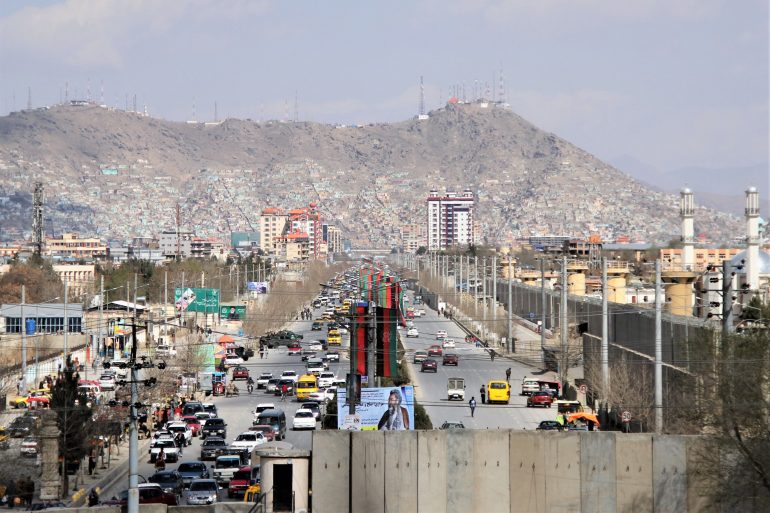 A view of Kabul, Afghanistan. Photo: Farid Ershad on Unsplash.

On June 29, Italy officially left Afghanistan after a mission that lasted 20 years. The three months that have followed have seen the Taliban seize power once more in the central Asian country. They’ve seen a chaotic retreat by the remaining NATO forces, including the US and the UK. And, perhaps crucially, they’ve seen the Taliban ban women from sports, higher education, and almost all public life.

Was it worth it? Can Italy be proud of its record in Afghanistan? And, most importantly, what happens now? While Italy has not given up on its responsibilities to the Afghan people, its recent diplomatic efforts look they will only have a limited impact on influencing the country’s new government.

NATO’s involvement in Afghanistan was born as a quick-fire — some may say knee-jerk — response to the largest ever attack on American soil: 9/11. Fearful that the country then under control of the Taliban was a “breeding ground for terrorism,” George Bush assured the world that NATO would ensure “the Taliban would pay a price.” Yet, the so-called Operation Enduring Freedom soon became about constructing liberal democracy as much as about combating terrorism, and to some eyes securing energetic resources as much as securing a population.

As an ally of the US and one of the 28 European members of NATO, Italy played an important role in Afghanistan over the two decades. Notably, General B. Beniamino Vergori — and before him, General Alberto Vezzoli — led the Train, Advise, and Assist Command-West, an operation that made up part of the Resolute Support Mission, whose focus it was to provide training to local Afghan troops. Overall, in these years the NATO forces have been engaged to support interactions between central and ministerial forces, police forces, and commanding centers, engaging a total of 800 Italian soldiers, 145 terrestrial vehicles, eight airplanes in Kabul, and dislocated Italian headquarters at the Herat Command.

“Italians became known for being available, professional, and with a high adapting spirit, so much that the Afghans too were pleased to see, but it was their expertise that also surprised everyone. They were not only kind. They were prepared.” That’s according to just one Italian soldier. But while we don’t want to maintain Italy’s imperial myths of ‘brava gente’, the reputation of Italians — both military and civilian, such as the late Gino Strada — in combat zones has largely remained strong.

Yet, the events that occurred after NATO’s withdrawal suggest fundamental flaws in these training operations. Meanwhile, since 2002, Italy has deployed more than 50,000 soldiers, 53 of whom were killed and 753 hurt. In a mission that cost Italy over 8 billion euros, it may not have been money well spent. As one anonymous Italian soldier put it said, “Good or bad, this mission was not achievable.”

After the final departure

Italy’s final flight left Kabul’s Hamid Karzai airport with 110 people on board. Alongside the Italian ambassador Stefano Pontecorvo, NATO Staff, and the Tuscany Police Force who had remained on-site to ensure security, 58 of the passengers were Afghans.

This, at least, is something we can value in the calamitous withdrawal. Since August, Italy has evacuated over 5,001 people — of which 4890 were Afghan, 1301 women, and 1453 children. Meanwhile, Tommaso Claudi, a 31-year-old diplomat, was the only Italian ambassador who remained on the territory after it was seized by the Taliban. A photo showing him helping a crying child cross the wall to the safety of Kabul’s airport went viral showing the commitment of Italy’s staff to ensuring no-one was left behind.

Still, many are providing support to Afghan refugees in Italy. In Florence, an institution provides homes for women and children. In Liguria, the region is setting up locations to host up to 350 people. The Campania Region too is looking to host 126, while the city of Rome has said it can take more — and Milan too. The Red Cross will be hosting 2,000 people arriving in Italy also thanks to online crowdfunding. According to some sources, Italy has contributed more than other EU countries. We should be proud of this, but the question remains of whether we could have done more.

Into the future: Italian diplomacy

Now that Italy is out of Afghanistan, now the country is in the hands of the Taliban, relations between Kabul and Rome will enter a completely new era — if they continue to exist at all.

So far, Italy is taking an active interest in the future of the country. Mario Draghi has insisted on an emergency UN summit on the future of Afghanistan, while he has been busy discussing the situation in the country with Russia and China too. Yet, there are red lines. Just this week, Italy’s foreign minister, Luigi di Maio affirmed that the country had no intention of recognizing the Taliban government.

Only time will tell what the continued relationship will be. But what we can say is that, in among the chaos, ideological confusion, and tragedy of the last two decades, there are perhaps some things of which Italy can still be proud.