Does Italian food taste better at home or abroad? 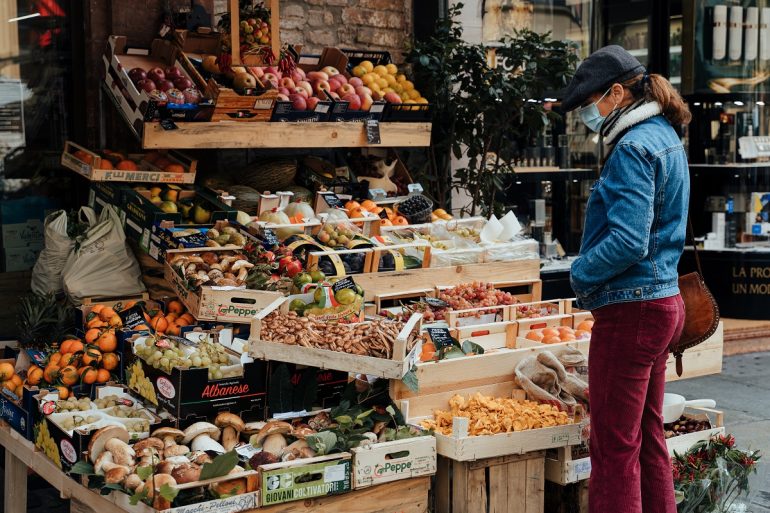 On my last trip to Italy a few years ago, I met a woman who ran a small store in a village in the mountains above Lago di Como. Since I was up there for a month without a car, I bought virtually all of my groceries at her place, so I came to know her and her daughter fairly well, or at least better than I got to know some of the other inhabitants, although it was fairly easy to meet people and strike up a conversation in such a small and — for the most part — friendly locale (I will expand on some of these exceptions in a future piece).

As I got to know her, she advanced the theory, or at least her suspicion, that Italy exported its best produce, leaving lower quality offerings for local consumers. In fact, I had just told her that I believed the opposite: that no matter the brand, any Italian product that was available abroad was inferior to what I could get in Italy, anything from canned tomatoes to polenta, despite the fact that it was imported. For example, I noted how quickly and nicely the tomatoes that I bought from her broke down, and how much fresher the olive oil was. She did not think this was true. Her idea was that producers exported the best of their line to gain the highest profit in foreign markets, leaving inferior offerings for the less lucrative domestic one. She had been in the grocery business for a long time, so I listened closely to her perspective and held it in high regard.

Still, all I know is that my senses tell me otherwise. Maybe it is the fresh mountain air, but everything I buy at the local supermarket where I am now in the Alps tastes so much better. Black pepper is really strong, as is the salt, so strong in fact that I have to be careful when I season food to avoid overdoing it. The same is true of the garlic. And I am sure that I am not imagining how much better the cheese is, and not just the local kinds that are unavailable in the United States; I am talking about Parmigiano Reggiano, a kind that is available throughout the US in at least a nominal form. Here, it is creamy in a way that I never experience in the United States.

Maybe something happens to it in transit; that is, it all starts out the same but that, by the time a piece of cheese is hauled halfway around the world, it loses something compared to the same product that has to travel just a few kilometers. I encountered an extreme version of this in Rome, where the proprietor of my neighborhood alimentari (I think I can use the word that way), advised me to rush home with my freshly bought mozzarella and eat it right away before it lost any of its essence, and under no circumstances was I to put it in the refrigerator. And I suppose that is what I am talking about here — a loss of complexity. The Parmigiano Reggiano that I buy in Italy tastes basically the same as what I buy in the United States, just infinitely more complex, with deeper and more satisfying tastes and textures. I know this not only by the immediate sensation on my tongue, but by how quickly satisfied I am by even a small piece.

Some things are different in other ways. Italian milk tastes different to me and I won’t even try to describe how. Of course, here in the Alps milk is a special product, so one will taste a difference between local milk and — for lack of a better term — national milk. I am always tickled by the patriotic sentiment that Italians feel for their produce. I am familiar with the pride behind the statement Made in America or Made in the USA, but I rarely hear it applied to food, maybe because food production is necessarily more local, especially in such a big country. Still, I can understand how one can identify milk as being the product of a particular valley, but of a country, as in the phrase ‘Italian milk’, that leaves me a little perplexed. Automobiles I get, sure, but not milk.

Not everything Italian is better, at least in my experience. The red bell peppers that are available in any supermarket in Croatia are of an order of magnitude better than any red bell pepper that I have bought in Italy, even in Puglia, which is renowned for its produce. American apples are as good as any that are available in Italy, even better if they are bought fresh from a stand, say in the northwest, and I have never cottoned to Sicilian oranges, which I find to be too sweet. So here taste might be a product of conditioning. I know people from other countries who find American produce, fruit in particular, to be almost universally disappointing. I can certainly understand that with respect to California oranges, but they are what I grew up eating so it might be that that die is cast and nothing, no matter how much better it is from an objective viewpoint, will match my built in expectations.

Then there are things in America that I can recognize as being ersatz copies of Italian products, a kind of cookie that I think is called a Garibaldi, essentially two wafers stuck together with some kind of fruit preserve, that I find to be better in its original Italian iteration, although I am very fond of the American kind that I grew up with.

This is all a vexing problem, and all I can do is to keep eating as attentively as I can. Before long I should get to the bottom of this conundrum and I will dutifully report my findings in this space as they develop. So stay tuned.