Can The Italian Democratic Party Speak For The Working Class?

The Democrats have long shifted away from their traditional base — and now it may be too late to reclaim it. 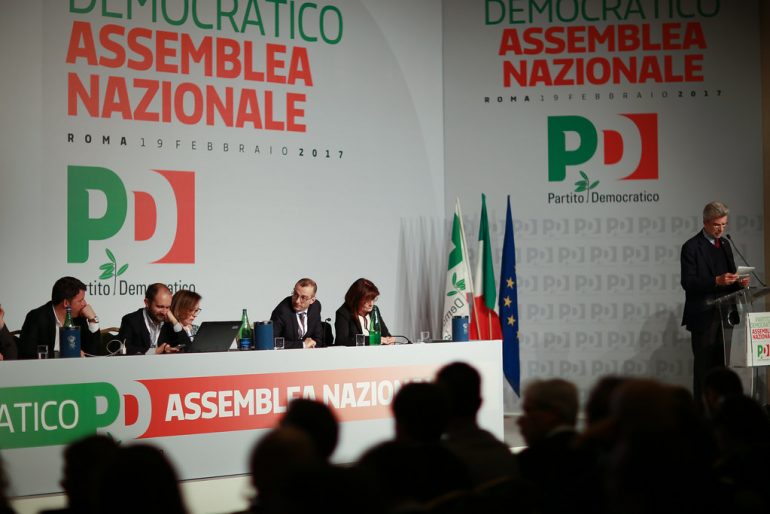 Romano Prodi, the former Prime Minister of Italy, last week suggested in an interview a simple way for the Italian Democratic Party (PD, Partito Democratico) to try and increase its appeal: “say something about labor,” he urged. The comment was directed at Enrico Letta, general secretary of the party and once under-secretary to Romano Prodi’s government. But with closely-fought mayoral elections approaching in October, Prodi’s words expressed what has been clear for some time: that a party whose roots lie in the social-democratic, even communist tradition — if one goes back far enough — has long seemed adrift from the Italian working class.

The PD and the collapse of social democracy

Formed out of the wreckage of the political left following the Tangentopoli scandals of the early 1990s, and the successive ‘Olive Tree’ (Ulivo) center-left coalition under Prodi in the mid 1990s and 2000s, the PD became a powerful force in the center-north of Italy — and it has been a member of governing coalitions for most of the period since. It once stood as a broad church, uniting under a single banner almost the entire range of leftist parties, from left-liberals to socialists. That much was attested to by its logo: the green represents ecologist and social-liberal cultures, the white speaks of Catholic solidarity, while the red harks back to its socialist and social-democratic traditions.

Yet, over the last half decade, the party has undergone a steep decline in popularity, sharing the fate of most center-left groupings throughout Europe. In the last general election, in 2018, it lost over 2.5 million votes, turning out its worst result since its foundation in 2007. During the European elections in 2014, under the leadership of Matteo Renzi, it accumulated 40% of the popular vote. Now it could barely scrape 20%, losing many areas in its heartlands of Tuscany, Marche, Umbria and Emilia-Romagna. What was once a sea of red dominating the central regions is now mostly yellow and blue, the colors of the Five Star Movement (M5S, Movimento Cinque Stelle) and the League (Lega).

How the PD could be leaving it’s traditional base behind

While the Italian Democratic Party has retained a strong presence in most regional capitals, it’s been trampled by these two populist parties in the provinces. This demonstrates a party that has lost touch with the social and territorial peripheries of the country.

But that should come as no surprise. Over the last five years, its policy proposals have mainly catered to the young, metropolitan, university-educated middle-classes clustered in the large cities of the north and center: Milan, Turin, Florence, and Bologna. But the party seems to have been less able to address the economic and cultural hardships suffered by what is left of the industrial working-class, that segment of Western societies that has been fractured by almost 40 years of deindustrialization and two severe economic crises in the new millennium.

This drift away from labor issues can be seen by two themes with which the party has lately become identified. Firstly, gender politics, based on new theories of gender identity bolstered by LGBT interest groups and supported by parts of the entertainment industry. For the PD, this has taken the form of proposals for laws on self-identity and gender transition, and of hate-crime legislation restricting forms of speech deemed offensive towards sexual minorities — the much debated Zan Law is one such example. This is a tendency that has gained much traction among middle-class voters and the mainstream press.

Secondly, lax immigration policies. The PD is a stalwart proponent of jus soli, or ‘right of soil’ citizenship for children born in Italy of immigrant parentage, and is generally in favor of a more open asylum policy. The latter point reveals its distance from social problems caused by large influxes of immigration, particularly in the southern regions, where sharp inequalities and underpaid migrant labor have become commonplace. These are areas where the 2019 general elections showed strong support for the M5S, who criticized the EU for not doing more to help Italy bear the load of successive migratory waves.

PD’s focus on civil over social rights has often been felt as a drift away from the priorities of Italian workers: wages, taxation, unemployment and economic empowerment. But attempts are underway on the part of the current leadership of the PD to change tack in the lead up to the October mayoral elections. In 34 cities throughout the country it has allied itself with the M5S, most notably in Bologna, by converging with it on environmental policies and workers’ rights.

A late return to labor

While visiting Naples recently, for example, Letta welcomed the blocking by an employment tribunal of the mass lay-off of nearly 500 metalworkers that was set to occur due to the closure of a GKN automotive manufacturing plant in the town of Campi Bisenzio, near Florence. “Today’s ruling declares that the rights of workers must not be trampled upon,” he said. He also used the occasion to draw attention to a decree being drafted by fellow Democrat Andrea Orlando, Minister of Labor and Social Policies, to regulate offshoring. This is a terrain on which both PD and M5S seek to plant their flag. Giuseppe Conte, ex-Prime Minister and newly-appointed president of the Movement, also visited the picket line in front of the factory and committed his party to more stringent protections of trade union rights.

A similar move was made by Letta when he attended the Festa de l’Unità in Naples on 23 July. He used this popular workers’ festival, which celebrates the founding of the Italian Communist Party’s newspaper l’Unità, to denounce the closure of a local manufacturing plant run by the American company Whirlpool, which again laid off 500 workers, this time with a circular text message. “I have told the workers they have the full support of the PD,” he said.

After all, then, Letta has followed Prodi’s advice. He’s found something to ‘say about labor’ — and maybe this will help them avoid catastrophe in next month’s elections. Unlike the M5S, the PD can rely on its historic alliances with trade unions to increase sympathies among its working class base, and its current control of the Ministry of Labor will do much to instil a sense that it can solve the problem of offshoring. But this is a phenomenon that has plagued the Italian laboring class for decades, seemingly beyond the scope of any one government or party. Laws attempting to control it were passed in 2014, under a PD-led government, and in 2018 on the initiative of the M5S, but to no avail. Perhaps the Italian Democratic Party would be wise to avoid creating more false hopes, or risk alienating its traditional base further.