Calabria, This Is Your Chance

This regional election will tell us whether the youth of Calabria still have the energy to make their voices heard. 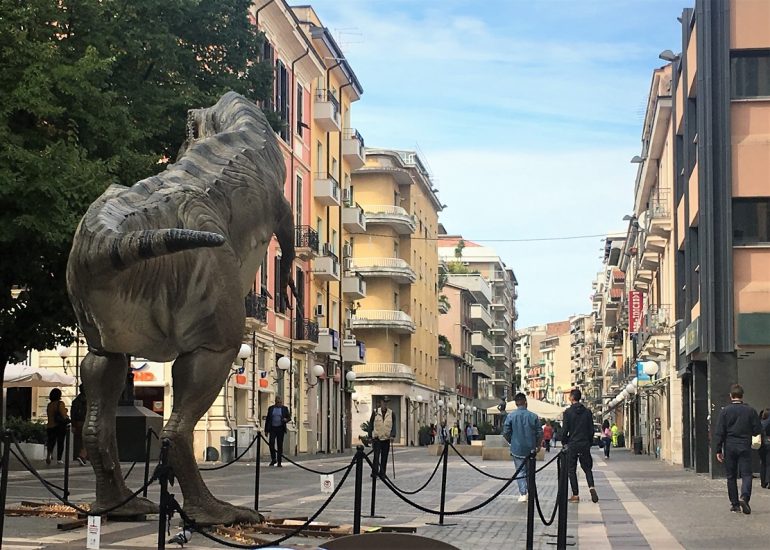 Summarizing the political situation in Calabria for those not familiar with Italian current affairs is rather complicated. Some people here in the country consider the region to be a burden on the state, like a child in a family who’s not the sharpest knife in the drawer, as the saying goes. Others consider it a victim of history, blaming over-investment in the development of the north at the expense of the more unrefined south. Still others see the Calabrian people themselves as having little love for their region and having a resigned ‘I’m all right, Jack and to hell with the rest of you’ attitude. Most Calabrians would just like to be treated as normal citizens of one of the 20 regions that comprise the Italian state, with rights and duties on a par with the others. There are many reasons why this has not been achieved and why it’s difficult to achieve, and these reasons come to the fore with almost monotonous regularity at election time. Which brings us to the next regional election.

Following the untimely death by illness on last December 15 of the then President of the region, Iole Santelli, who had only been elected in January 2020, elections for a new Regional Council have been called for 3-4 October 2021. They should have been called within sixty days of dissolution but were postponed because of the COVID emergency.

The interim President is Nino Spirlì from the popular League Party. Their new ‘Italy first’ appraoch summarizes its connotation on the political spectrum. Santelli belonged to the Forza Italia center-right party founded in 1994 by the first anti-establishment politician Silvio Berlusconi whose contribution to Italian politics is a story for another time.

Four candidates are running for the post of Regional President. Each candidate is backed by lists from the wide spectrum of political affiliation. There is a mesmerizing number of these lists present.

Roberto Occhiuto heads a right-wing coalition. Born in 1969, he started his political journey as a member of Forza Italia. He was elected to the Chamber of Deputies thanks to very strong support from Berlusconi. His political career is dotted by ‘party hopping’ within right-wing parties until his eventual return to Forza Italia led him to become a Calabrian Deputy in Parliament. He declared: “I was born in Calabria, I know its people and what they are capable of. We only have to show this capacity to everybody.” Should Occhiuto win the election, it’s likely that Spirlì will act as his vice.

Amalia Bruni did not choose to run in this election. Nor was she the voice of the people. Rather she was chosen from the top to represent the left-wing sphere — Democratic Party, Five Star Movement, Greens, and other minor parties when other candidates failed to bring stakeholders and interest groups together. A well-known researcher and neuroscientist, she had the honor of the presence of the Nobel prize-winner Rita Levi Montalcini at her side when she opened the center for the study of dementia in Lamezia many years ago. Young people seem to be gravitating towards her and according to the former Prime Minister, Enrico Letta, she is finally “the face of the determination, hope and courage” that the Calabrian people have been looking for.

Luigi de Magistris, a former judge who spent many years working here in Calabria in the city of Catanzaro, is also supported by left-wing groups. The participation of de Magistris in the race is perhaps one of the major changes in the contest. He has helped increase the spotlight on the race. A politician of national prestige, he is currently mayor of Naples where he was born in in 1967. Those in the media who want to sling mud say that he has done a poor job in Naples and will do worse in Calabria. His supporters say the opposite of course. He is, in their opinion, a beacon of hope for a region where hope is in short supply.

At 68, Mario Oliverio is the oldest of the four candidates. A man of great political clout and experience, he already served as President of Calabria from 2014 to 2020 with over 60% of the preferences. Accused of rigging public works contracts, he lost his mandate only to be fully acquitted just before the last election. A politician from an early age of 27, when he was elected regional councilor for Calabria on the Communist Party list in 1980, he gradually became a heavyweight in the Region. He was also elected MP in many general elections. Amalia Bruni recently remarked rather pointedly in a televised debate between the four candidates that “we can’t go on hearing the same voices at each ballot year after year.” Oliverio hopes his legacy is sufficient to see him carry the election with the votes of those who consider his six-year tenure as President in a positive light and his removal as a grave wrong.

A few days in the political spotlight

The political situation in Calabria is tangled and the election is perhaps lacking the momentum of being part of the buzz that national elections create. The balance of power at national level is not hanging on the outcome of this poll. Nor are people expecting the much-needed big changes in various sectors — tourism, environment, waste management, employment, education, health, emigration — that the procession of  ‘big politicians’, ministers, leaders, opinion makers, often refer to during their hurried visits here saying they will be “priorities that will change under our watchful eye.” As far as I’m aware, nobody is proposing to build The Bridge.

The population sighs and murmurs “same old stuff” and, unfortuately, many will vote as they’ve always done. The winner, according to many tired Calabrians will be the ‘no-vote’ party. This conclusion can be well summed up in our article on Italian indifference.

What I do notice, though, is the involvement of more young people this time round. Speaking of young, that’s another contradiction in this region. Here one is considered a young politician well past middle age.

Be that as it may, these young people are realizing that it doesn’t have to be more of the same — more unemployment, more environmental disasters, more hopelessness for their future. If they want the political situation in Calabria to change as they claim they want it to, they have to roll up their sleeves, get involved, make themselves heard, be visible, bang saucepan lids, so to speak. To be fair, they have started. The Sardines, a grassroots youth political movement, surprised everybody two years ago by organising flash mob protests against the status quo in the streets and squares of Italy. Then COVID happened and everything was put on hold.

If nothing else, this election will tell us whether the youth of Calabria still have the energy to make their voices heard.