Circular Economy is taking the sustainability industry a step forward in the business market, and certain Italian companies are a perfect example of this in action. 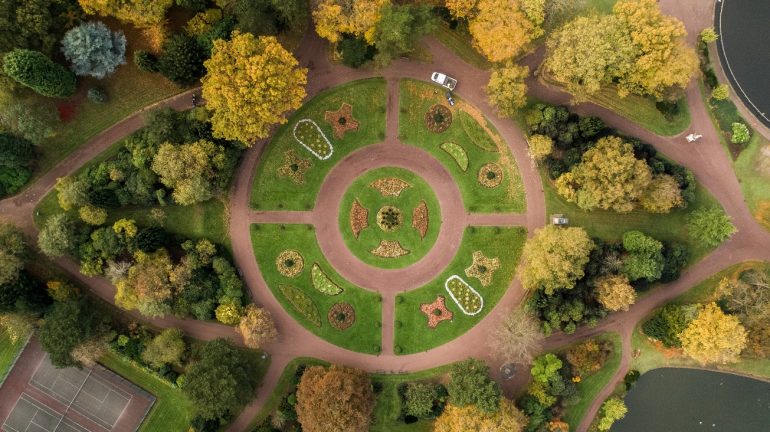 In Italics Magazine we investigated Italy’s position in Europe when it comes to recycling, as a recent report by Symbola Foundation in February declared Italy being on the podium with France and United Kingdom followed by Germany — the Italian rate stands at 79%, the French at 56%, the British at 50%, and the German at 43%. Italy has thus improved its performance in eight years by +8%. The commitment started with funds for the development and initiative of large and small enterprises in the area. For this matter, attention to the Circular Economy has grown exponentially, involving many young people to get involved in the world of commerce and information.

On the circularity of European countries, according to the national report on the circular economy Circular economy network (CEN), in collaboration with ENEA, Italy is confirmed in first place in 2020 in Europe for “overall circularity index” with 100 points followed by Germany at 89 points, France at 88, Poland at 72 and Spain at 71. The results obtained so far give hope for improvement despite the immense efforts that will have to be made to achieve significant objectives.

What is Circular Economy?

The European Union is the first to acknowledge that the definition of circular economy cannot be agreed among member states, therefore their online report looks at what circularity entitles by providing agnostic definitions which can be used as reference points.

One cannot stop at the word ‘economy’ in the term Circular Economy. It aims to direct attention towards economic and social progress that includes the environment as a pillar for survival and health. The aim is to maintain the usefulness of the product after its use in order to reintegrate it into the process without relying solely on the extraction of new raw materials.

Using the Ellen MacArthur Foundation’s definition, the circular economy: “is a generic term for an economy designed to regenerate itself. In a circular economy, material flows are of two types: biological flows, which are capable of being reintegrated into the biosphere, and technical flows, which are intended to be upgraded without entering the biosphere. The circular economy is, therefore, a system in which all activities, starting with extraction and production, are organized in such a way that someone’s waste becomes a resource for someone else.”

The way products are created is also changing. The design takes an important position in the Circular Economy. The aim is to have easily repairable, modular products so that their reintegration into the process involves the least expenditure of natural and economic resources. One of the proposals put forward by the European Parliament is aimed at adopting rules to limit the planned obsolescence of products, one of the strongest strategies used in the Linear Economy. It is not only the end of life of the product that becomes important, but also the whole path of its creation. Among the best ways to reduce consumption and disposal are: using the product as a service, using sustainable materials, sharing products (pay per use) and repairing them.

Six years ago, the European Commission devised an action plan outlining 54 measures to accelerate a transition to the Circular Economy. The aim is to stimulate competitiveness to promote sustainable economic growth. One of the measures includes the obligation of member states to recycle at least 70% of municipal waste and 80% of packaging waste, and to ban biodegradable and recyclable waste from landfills. Several funds have been allocated to financially support the transition, which in itself would bring several economic benefits. A boost to innovation and economic growth with an increase in GDP, the new jobs needed would be around 700,000 in the EU by 2030, and the end consumer will have more durable products that improve quality of life and save money.

This is followed by the European Green Deal strategy, a definition of targets to achieve the net elimination of greenhouse gas emissions by 2050 and to decouple economic growth from resource consumption without neglecting places and people. European businesses would also achieve savings of around €600 billion while reducing annual greenhouse gas emissions. In the Circular Economy, not only is the financial aspect evaluated, but also the social, environmental and governance aspect — the so-called ‘ESG’ — used to identify and analyze the sustainability of the investments.

Moving away from the Linear Model

The economic model on which we have always relied has become unsustainable, and considering population growth it can no longer be considered a viable way forward. ‘Extract, produce, use and throw away’, has been the motto for years, since the first industrial revolution, to satisfy the growing consumer demand. Our old friend plastics for example, has risen from 1.5 million tonnes produced in 1950 to 359 million in 2018. Most of it was used as packaging material, followed by building materials, industrial equipment and the automotive sector. Total waste production, on the other hand, exceeds 2 billion per year, a sum that will exceed 3.5 billion by 2050 (World Bank data); 44% food and vegetable waste, 17% paper and cardboard, 12% plastic, 5% glass, 4% metal waste and 18% is a miscellaneous waste. The Bank of America Merrill Lynch report on global waste production shows that 75% goes to landfills or incinerators, while 25% is reused or recycled.

The need to extract raw materials increases and countries often have to depend on supplies from other countries. Energy consumption, emissions and pollution due to extraction and transport are even higher. The possibility of reusing the material would solve several of these problems.

Thus, on the issue of global warming, the shadow of mass production looms large, with no concern to be able to replenish the material used and reduce emissions. The main origin of the CO2 emitted is electricity production, industrial activity and transport. The connection of the large consumer industry chain is evident and significant. According to a study by the Intergovernmental Panel on Climate Change from October 2018, we have about 12 years to reduce CO2 emissions by 50% and about 30 years to eliminate them completely. Delaying reaching this safe threshold would devastatingly amplify the sad results of global warming. In 2017, the costs of damage caused by floods, fires and droughts exceeded €300 billion. ‘Extract, produce, use and throw away’, this is the result.

A circular growing industry in Italy

EHOP, the riciclamercato is a Milanese company with an online marketplace encourages the use of natural products by offering also a take-back service on its product once consumed. The next step would be to provide business-to-business services where one’s industry waste is sold to another. Other examples include Pcup, a start-up that wants to make disposable cups sustainable by using a chip and the history of each one of them, which can be viewed from your smartphone to obtain promotions in the event of ‘return’; or Grycle, in the province of Potenza, which is pushing towards a world without waste with an artificial intelligence that learns to recognize and sort shredded waste. We are glad to look at Rethinking Climate, which has been pushing for more awareness with podcasts, interviews and articles, bringing innovation to the way social and environmental issues are communicated, and circularity has to become part of our communication process for sustainability.

Every country and stakeholder has to take part into an industrial process where even waste can become an investment and profit not only economically, but especially for our planet who is paying the highest price of our activities.