The Number One Cultural Powerhouse in The World? Italy

The 2021 Best Countries rankings placed Italy as the number one country in the world for Cultural Influence. Are we even surprised? 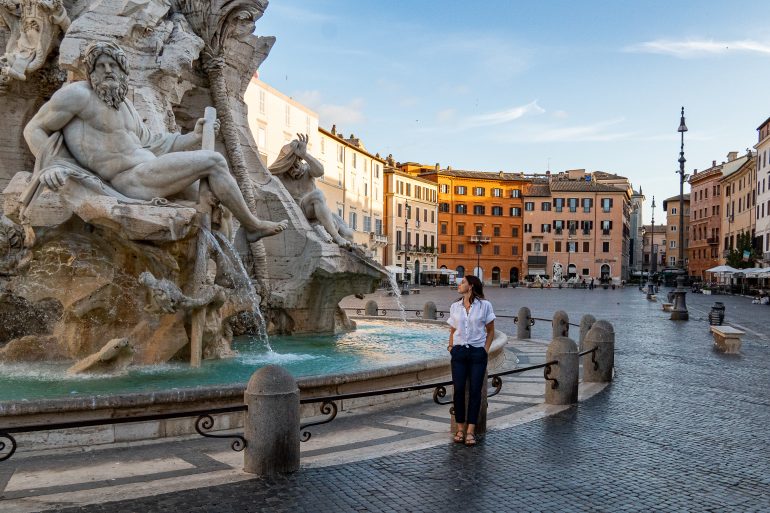 Italy, deemed as Europe’s cultural powerhouse, has once again taken command of the world with its iconic landmarks, extraordinary artwork, stellar food and wine, and a whole host of other historical and natural-made wonders.

Let’s face it. The world has been fascinated by Italian culture for centuries, and rightly so. As of July 2021, Italy added two more sites to its impressive list of UNESCO-designated places and monuments, bumping its total up to a whopping 58 — the most in the world.

The 2021 Best Countries rankings, put together by global marketing communications company VMLY&R, placed Italy as the number one country in the world for Cultural Influence. And this wasn’t just their subjective opinion. A study surveyed over 17,000 people from diverse regions around the globe, and this was their conclusion. Italy also held this title in 2020. Are we even surprised?

But culture takes time. It’s a broad concept that encompasses many facets of a society or place. Italy’s history began with the Etruscans, an ancient people that eventually lost out to the Romans in the third century B.C. The new city-states were some of the first to adopt the evolving European Renaissance, and when Italy finally became unified in the late 19th century, it would continue to be a cultural icon through the decades.

The essence of Italian culture

When you think of culture in general, you might think of historical traditions, food, family, religion, among other things. The influence of Italian culture is widespread around the world. Who doesn’t think of Italy when you eat a slice of pizza, sip a fine wine, or marvel at a priceless artwork from the Renaissance era?

Italian culture is so renowned, but so unique — it perfectly blends the old with the new. Being the heart of the Roman Empire and the seat of the Catholic church, one can really feel the presence and power of Italian culture steeped with age. You can then swiftly travel north to the fashion capital of the world where Italian culture conquers the new and trendy.

Italy has produced driven explorers such as Christopher Columbus and Marco Polo. Leonardo da Vinci and Galileo Galilei were some of Italy’s (and the world’s) greatest and most curious inventors and builders. Where would we be, and what culture would we have without these great Italian minds?

Art history has also been an essential aspect of Italian culture. With such longstanding power — and money — attributed to the Catholic church, many of the famous artworks we have today were commissioned by Popes and Cardinals from the Middle Ages on. Italy is art, but in fact, half of the world’s proclaimed and greatest artwork originates from and resides in Italy.

It’s no surprise that Italian culture has been the epicenter of artistic movements, ground-breaking inventions, and worldly innovation for centuries. It’s truly a country of many gifts and talents. The very criteria for which UNESCO bases its yearly selections on — irreplaceable sources of life, inspiration, and outstanding universal value — is the foolproof definition of Italian culture.

What is UNESCO and why is it significant for Italian culture?

The United Nations Education, Scientific, and Cultural Organization, better known as UNESCO, was put into place after World War I due to ongoing international demand to protect the world’s cultural and natural heritage. To date, there are 1,154 UNESCO recognized sites around the world. With Italy claiming 58 of those, 5% of all coveted cultural hotspots on this planet belong to Italy. And considering there are nearly 200 countries on earth, that’s an impressive and recognizable feat not held by many other nations to date.

UNESCO uses ten distinguishable criteria to aid its committee in the selection process of extraordinary sites. Some of these criteria describe what must represent a masterpiece of human creative genius; be an outstanding example of a type of architectural ensemble or landscape that illustrates significant stages in human history; or contain areas of exceptional natural beauty and aesthetic importance.

For example, the archaeological areas of Pompeii are some of the best-preserved ruins of an ancient city depicting Roman life from the 1st century BC to the 1st century AD. UNESCO has even gone so far as to state that these ruins are “preserved in such an exceptional way and have no parallels in integrity and extent in the world.”

Tivoli’s stunning Villa d’Este and its surrounding gardens have been massively influential for refined Renaissance culture and the development of other European gardens.

The historic center of Rome comes second to none with its iconic historical monuments — like the Colosseum, Pantheon, and Imperial Forums, impressive fortifications, incomparable artistic presence, influential cathedrals, and urban development. Rome was the beginning of the Roman Republic, the center of the Roman Empire, and has since ruled as Italy’s capital. Rome is dripping with Italian culture.

The newcomers include Padua’s 14th century fresco cycles and the Porticoes of Bologna. The Padua frescoes are housed among eight religious and secular buildings within the historic city walls. Their construction began in 1302 with Giotto’s famous Scrovegni Chapel, but completion of the frescoes didn’t come until 1397. Though a handful of other talented artists played a part in their development over nearly a century, the level of unity and consistency among the artwork remains insurmountable.

The medieval wonder that is the city of Bologna is now also home to the latest UNESCO World Heritage site — the famous porticoes. The imposing arched structure with its rows of striking columns covers a total area of 62 kilometers. It is praised as an outstanding architectural feat that has served many urban and social functions since the 12th century when it was constructed.

With two new sites to add to your travel bucket list, Italy continues to prove its cultural leadership. So, if you’ve never been, you are missing something you would want to see. And if you have been fortunate enough to experience Italy’s celebrated culinary pleasures, long-standing traditions, geographic beauty, and iconic architecture, you undoubtedly can’t wait to return.