The upcoming mayoral elections have to stop the bleeding of the capital and pick up the rubbish of a failed adminstration. Literally. 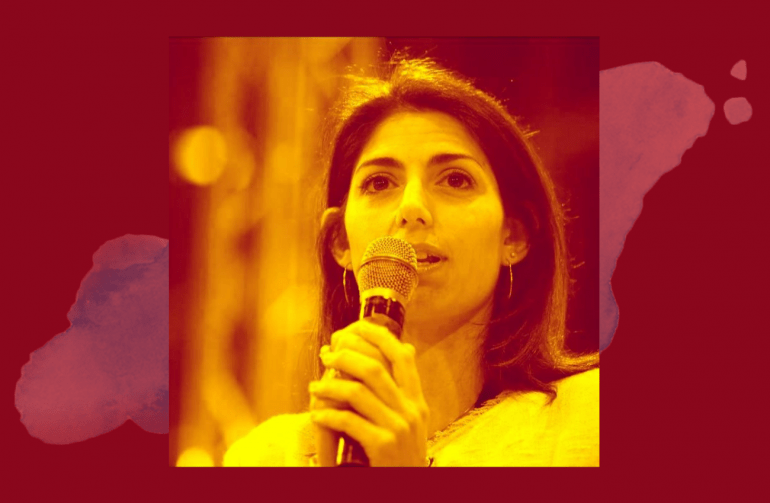 With just under three weeks left until elections in Rome, more than 2 million residents are tasked with choosing the next mayor of the Italian capital city amid a flurry of last-ditch public appearances and advertising onslaughts. The current mayor, anti-establishment Five Star Movement Virginia Raggi, is not lacking for opponents. The most significant is Enrico Michetti, who has thrown down the gauntlet to Raggi in a bid to raise the center-right flag over Capitoline Hill. But she’s got plenty to worry about on her own side of the aisle in the forms of Roberto Gualtieri as the center-left nominee and Carlo Calenda as the candidate for the progressive Azione party.

Most polling doesn’t bode particularly well for the incumbent Raggi: she’s currently trailing both Michetti and Gualtieri and only a hair in front of Calenda. Of course, with undecided voters topping 40%, it really is still anyone’s game. But it shouldn’t be this close, not with the promise with which Raggi entered the Eternal City. So what went wrong for her?

A rough start as a mayor

Virginia Raggi was elected the 34th mayor of Rome in June 2016, with 67.2% of votes in the second round. The first female mayor of the capital city promised to rid it of corruption, with the promise that “the wind is changing.” But it all went wrong.

It was a risky move to withdraw their 2024 Olympic bid, and the way it was done made her no friends in both public or private circles. She insisted that “with more than €13 billion of debt, Rome can’t afford to shoulder more to build cathedrals in the desert.” But her detractors heavily contested the position, claiming that pulling out from the bidding wasted the chance to upgrade infrastructure and public facilities with little or no expense. Funds would have come into Rome via the International Olympic Committee, private investors, and the government. According to a study from Tor Vergata University, the city lost an estimated €7.1 billion of gross revenue, 40,000 job opportunities, and, most of all, the chance to drag the capital city into the 21st century with cutting-edge infrastructures.

Once, Roman emperors used to host awe-inspiring public games in an attempt to appease and distract a population in constant turmoil. Back then, the Roman poet called Juvenal called it panem et circenses, Bread and Circuses.

These days no one seems to bother that much, preferring it seems to distract citizens with piles of garbage and wild boars. Though that sounds like a metaphor, it sadly is not. The waste management sector of Rome is near total collapse: every year the city council spends €170 million shipping the capital’s garbage to other Italian regions. Dumpsters are so full of trash that gulls, rats, and even boars have been spotted rummaging through bins to find something to eat. They are not particular, but no matter; they are spoiled for choice.

Make no mistake, Rome is filthy. Not only does the capital recycle 15% less garbage than the Italian average (45% as opposed to 61.3% in 2019), but only 60% of roads in the city are effectively cleaned, far below the 92% guaranteed by the publicly traded AMA, the company tasked with providing urban hygiene services. Yet despite this, Roman residents pay the highest waste tax in Italy, 42% higher than Florence.

The (lost) battle against corruption

Faithful to the motto of the anti-establishment Five Star Movement, Virginia Raggi trounced her opponents by promising to clean the city of corruption. But for a mayor that failed to clean up waste from the streets, it’s not surprising that she soon found herself under investigation by magistrates. The long list of judiciary proceedings deeply undermined Virginia Raggi’s authority, as two cases of malfeasance in office regarding staffing of her private office broke out. Eventually, the Court dropped all the charges against the mayor, citing her right-hand Raffaele Marra instead for illegal hiring practices. But the damage was done to her reputation and in Rome, reputation is everything.

Another trial regarding the new AS Roma soccer club stadium in 2018 resulted in the arrest of none people for crimes including corruption. Among them was the president of Acea (the local multi-utility providing water and energy services) Luca Lanzalone, who had been appointed to the position by Raggi herself. Although the mayor didn’t receive a sentence, the affair perpetrated the notion that anyone around the mayor was incompetent or, at worse, corrupt.

Regardless of who takes the reins, expectations look gloomy for the Eternal city. And though it is unfair to blame Virginia Raggi for everything that has gone wrong in the capital, she certainly hasn’t done anything to alleviate the problems that both preceded her and emerged in her tenure. For someone with so much promise, her greatest sin may just be her apathetic governance. The data speaks for itself: the city of Rome dropped from 18th in 2019 to 32th in 2020 in the national rankings for quality of life. No amount of bread nor circuses can fix that.