This summer, Italy was the protagonist of some exciting and unprecedented victories. Was it luck or can we repeat ourselves? 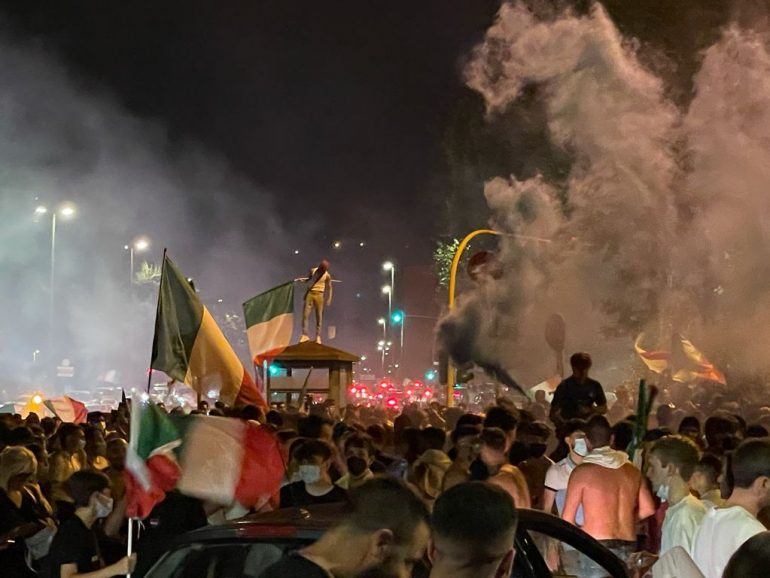 September is always the perfect month to make an assessment. It is that time of the year where we are thinking about what we have done, what we have achieved and where we have failed. If we look at Italy, as a country, we may agree that 2021 has been a golden year. We have amazed, we have told stories of redemption, we have enthused many people even outside our national borders — and above all we have won, especially in sports.

It seems that every thought starts with the stunning Eurovision’s victory of the Måneskin, who brought Italian rock to the forefront in a more than surprising way. In the entertainment, we recorded the victory of Laura Pausini at the Golden Globe for the song Io si/Seen, soundtrack of the Netflix film The Life Ahead, and the amazing international success of the cartoon Luca by the Italian director Enrico Casarosa.

Team sports have also brought great satisfaction with the softball (W), the volleyball (W) and the soccer team (M) winning the European championships. Furthermore, the basketball team was able to qualify for the Olympic Games after 17 years (the last participation was in Athens, 2004).

The common thread linking these victories is surely redemption, as all these teams went through many difficulties and setbacks. Indeed, the soccer team came from 16 years of disappointing results and a dramatic non-participation in the 2018 World Cup, while the basketball team had become very unpopular due to a series of defeats in important games in the last 10 years. For what concerns the volleyball team, after the delusional Olympic participation, they disregarded all predictions and took their revenge against Serbia at the European Championship, while the softball team could dedicate the win to Enrico Obletter, the former coach who died from COVID-19 in February 2021.

The outstanding performance in individual sports started with the tennis player Mario Berettini, the first Italian who was able to reach the Wimbledon final and, despite the loss, write a positive page of Italian sports history. But the real protagonists of the Italian summer have been the Olympic and Paralympic athletes. What happened in Tokyo went beyond all the optimistic expectations by winning, respectively, 40 — a record — and 69 medals. Italy was able to win 5 gold medals in athletics and to set a world record in the 100 meters race.

However, what has most impressed the public back home has been the persons, their stories, their fights. The photo of Bebe Vio, the paralympic athlete who screamed out all of her emotions after winning the individual foil competition, has became an emblem of the successful Italian summer in Tokyo. Shortly before the Olympics she risked having to amputate her entire arms because of an infection that was spreading around in her body. The way she could make it and participate in the Olympics had surprised and excited the whole world. Moreover, the hug between Marcell Jacobs (winner of the 100 meters) and Gianmarco Timberi (winner of the high jump) was iconic in the sense that their victories were the results of years of injuries, setbacks, personal troubles and tears.

At this point, the future looks bright for Italy and a new era of victory and satisfaction seems to await us. What makes our predictions optimistic is the fact that most of this year’s protagonists and winners are young, with a career ahead of them and a great desire to do well. The Olympics are just around the corner, in less than three years, and the confidence of all of us is sky high. Furthermore, there are lots of children and teenagers in Italy that can’t wait to imitate their new idols.

But ‘not all that glitters is gold’ says a famous Italian proverb. Indeed, there is also some considerations to draw that may put a shadow over these great successes. By reasoning about what can be Italy’s next wins, especially in the sports world, the main hurdle seems to be represented by the politics and its ability to prioritize sport and culture.

In other words, Italy has demonstrated that it has the talent, now we need to create a system that knows how to preserve and incentivise it. So, if we don’t want the 2021 to be an exception rather than the rule, we really need a change of pace, which concretely means: adequate funds and infrastructure.