Thinking of flying to Italy from the United States? Here’s what happened to me. 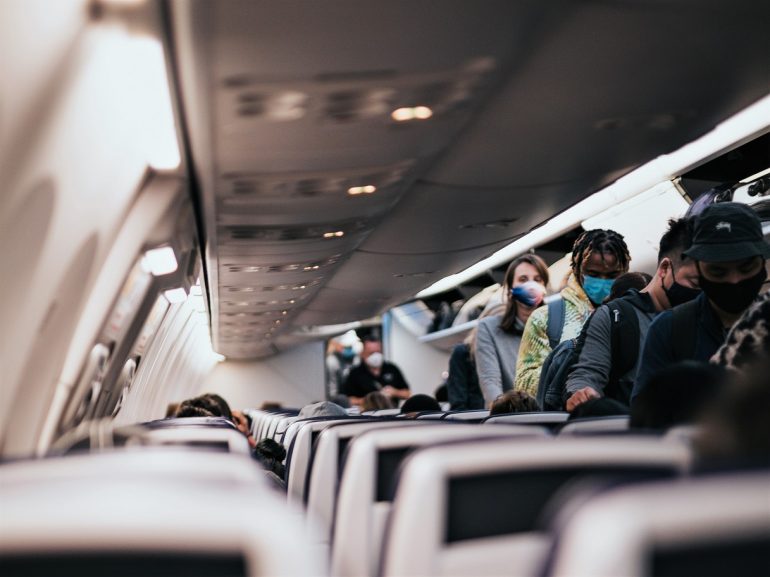 If you are an American, like me, it has probably been a while since you have flown to Italy, or anywhere for that matter. In fact, it has been quite a while, almost two years, since I was last on an airplane — and this was after a very active period where I had been flying back and forth between San Francisco and Milano or Roma a few times a year, and taking domestic flights twice a week for work.

So, let’s say between 2015-2019, I was well used to flying and quite fond of it, relishing the early morning arrival at the airport to get my coffee and banana bread and then sit for the hour or so before it was time to take my flight. But that was in the Before Times and it was not long before the kibosh came down and I was forced to cool my jets, literally. In addition to having my wings clipped by the virus, I also had to attend to some tricky family matters, so I have spent the last two years or so homebound — no flights, no long distance road trips, nothing — and I had gotten quite used to it. Something in my body had settled back into terrestrial mode and I quite liked it.

So how strange it was for me to decide not more than a couple of weeks ago that the best solution to a series of events that left me homeless, namely the sale of a house that I had been living in and working on over the past two years, was not to sensibly find a local rental and move in, but to buy a plane ticket and head to Italy, my home away from home, and now quite literally my home, my only home, or nearly so. Little did I know that with the closing of the tourist season and the looming emergence of the Green Pass, that I would slip in just under the wire. The rules of international flight seem to change weekly — if not daily — and I cannot say if any of what I write here will apply in the future, but I have a feeling that at least elements of it will shape air travel to Europe in one configuration or another from here on out.

So first, good luck figuring out what the rules are. I tried to prepare and thought I had done a good job, but each country in the EU has its own rules to follow and its own forms to fill out, so it is a good idea to be prepared and remain flexible. In other words: Stay Calm and Carry a Good Device, because you will need it to carry out the new layer of digital exercises that are needed to gain entry into any given country. This applies to connecting flights and layovers also, at least it did with me. Keep in mind also that the checkin clerks and flight attendants are the de facto enforcers of theses rules and checkers of these documents, and they can be quite stressed out and come across as more serious than they did typically, so I learned quickly that a little politeness goes a long way. I always try to be polite, but it seems a good idea to be even more so these days. Airline employees have a tough job to do and they seem to appreciate anything you can do to make it easier.

The good news is that flights are still reasonably priced. I paid $550 for a oneway flight from San Francisco to Milano that I bought just about a week before my boarding date. The bad news is that I had to pay $275 for a PCR test at the airport before I could check in and get my boarding pass. The fact that it was exactly half of what my ticket cost plunged me into one of my favorite pastimes, which is contemplating the relative cost of things. Let’s say I have $30. Do I use it to get a beer and a pizza that I will consume in less than an hour or to buy a shirt that I will be able to wear once a week or so for the next five years? My mind boggles. In any case, I paid my $275 and got my test result within an hour and it was negative. Who knows what would have happened had I tested positive. Indeed — who knows? Would they have not let me on the airplane? Made me quarantine at my destination? Stapled my mask to my ears? I just don’t know. No amount of online searching gave me any definitive answers.

It turned out, and it still turns out after being in Italy now for a week or so, that no one seems to care too much about these tracking forms or any of the other pandemic peripherals. Once I passed the hurdle at SFO, where I had to show my negative COVID test and vaccine card in addition to my passport, I have not had anyone say boo to me since. I dutifully filled out the required tracking forms for Portugal (I had to transfer in Lisbon) and Italy (my destination country), but no one has yet asked to see them. In fact, the scene on the ground in both airports and beyond was fairly nonchalant. People had their masks on, for the most part, but no one was particularly careful about wearing them. Hotel clerks and servers quickly pulled theirs on when they saw me coming, and servers were completely maskless. I can’t remember what my taxi driver did in Milano but the shuttle driver would occasionally pull his down below his nose to speak, even though I was sitting right next to him. It was fun. It was all okay. He was a terrific guy, from Pakistan, and he spoke Italian beautifully. What a great place the world is, especially Italy. I am glad to be back.