The city of Milan is setting an example for effective regional climate action. Collectively, we have a lot of work to do. 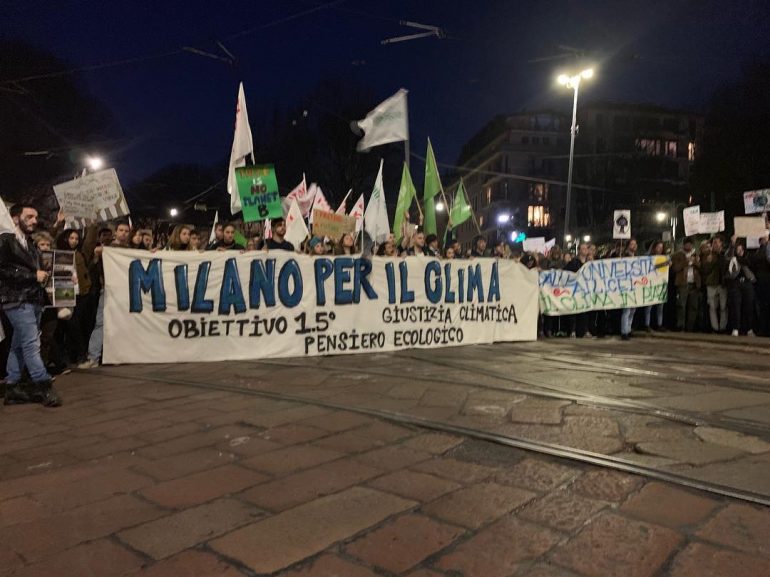 It has been a crucial year in the history of the climate crisis. Against the backdrop of floods, wildfires, and record-breaking temperatures, we’ve finally had recognition that climate change is here to stay. In August, the Intergovernmental Panel on Climate Change (IPCC) published their report highlighting that “climate change is widespread, rapid, and intensifying.” It’s terrifying, but it’s also quite demoralizing, given the individual efforts to reduce the impact of human activity on our ecosystem, biodiversity, communities, access to water, and food. If anything, the IPCC report highlights that what we’ve been doing is nowhere near enough.

At the same time, while local responses have been mostly focused on reducing greenhouse gases, this is far from our only concern. Instead, we should be working to adapt to unavoidable climate changes too. As the IPCC’s report confirmed, we’re looking at changes that are irreversible, including more floods, sea level rise, ocean acidification, and much more — alongside secondary impacts of climate change, such as an increase in immigration caused by unstable weather. The scenes this year — and the limits to our response — have shown that we need to be much more prepared for these dramatic climate events.

Successfully fighting climate change will take work at the international, national, regional and local levels. The trouble is that the fight for the climate is usually perceived to take place at vast international conferences. In reality, there’s much more to it than that.

So, what has been done at the regional level? In this article, we’re taking a look at the reality of local climate politics — and paying particular attention to the example of Milan.

Climate politics are too often seen as spectacular protests or fussy diplomacy. Meanwhile, local politics are thought to be short-termist, nimbyist, and unconcerned with the bigger picture. Both images are untrue — while both levels interact (and must interact) in the busy work of preventing climate catastrophe.

There are plenty of examples of this. One global mission that works with regional governments is the Local Governments for Sustainability (ICLEI), an international non-governmental organization that promotes sustainable development. They have a network of 2,500 local and regional governments committed to sustainable urban development, active in over 125+ countries, including Italy. Their objective is to influence sustainability policy and drive local action.

The European Committee of the Regions is another EU-focused example of policies and work carried out at regional level. Within the Committee is the Commission for the Environment, Climate Change and Energy (ENVE), related to the Covenant of Mayors, an initiative led by local and regional authorities in the fight for better climate and energy policies.

But a major problem holds back many of these commissions, organizations, and initiatives: they are not mandatory. Instead, they rely on the idea that there should be a general overall understanding that climate change is here and is serious. However, there’s not much they can do to commit others to it too. This is another discussion with the upcoming United Nations Climate Change Conference (COP26) happening in Glasgow in November, 2021.

This spring, Rethinking Climate — a youth-led nonprofit that works to improve environmental communication — won a call with Foodwave, promoted by the Municipality of Milan to organize several street actions to engage local citizens for climate action. During these activities, Rethinking Climate got the opportunity to interview, for an upcoming documentary for it’s call, Piero Pelizzaro Chief Resilience Officer for the Municipality of Milan.

Piero is head of a unique office: the Department for Resilient Cities of the Directorate for the Ecological Transition. This kind of office cannot be found in any other municipality in Italy. “The initiative was born by student-led protests which led the municipality to declare the climate emergency,” explains Piero. Since then, his department has done a lot. “We have worked to tax polluting vehicles entering the city of Milan, to increase electric public transportation, and even to make it legally binding that for every newborn the city has to plant a new tree.”

According to a survey collected by the municipality, the citizens of Milan are particularly aware of the topics of climate change and the environment. About 96% realize that the climate is changing and 95% of them know that a polluted atmosphere affects climate change. Polluted air is in fact one of the major concerns for citizens living in this metropolis.

“Communicating our results is important,” Piero explains. “But we have to avoid entering into useless polemics or criticisms. It is quite impossible to make every citizen content with the results. But we work to improve citizens’ wellbeing and environment. For instance, whilst in the 90s there were 89 cars every 100 inhabitants, now we have 49 cars every 100 inhabitants, because we have improved public transportation and biking lanes.”

To support its effort of communicating its work to the city, during the pandemic the city of Milan published a report, over 1,000 pages long, that describes the city’s environmental improvements. In response, the public could read, attend, and comment during live sessions with experts from the municipality and then publish any comments and edits on an official portal.

This long report was an example of steps that the Municipality has undertaken to make sure that not only do we reduce the amount of CO2 produced, but also our consumption of energy, while improving the quality of air. Another ambitious project is ForestaMi, which looks to plant 3 million trees — about one tree per inhabitant — within the Metropolitan area of Milan by 2030. In addition, this project looks to help reduce sound pollutions that can be found in urban areas, since the presence of green areas reduces the number of cars circulating but also cushions any sound present.

Milan’s efforts to communicate its intentions to its residents is a great achievement for inclusiveness. However, Piero acknowledges that it could leave out those people who are not interested in this topic. “Communication has changed. Citizens now can look for their information online instead of waiting for the municipality to inform them, as was done in the 70s. There has to be a collective and not only individual interest.”

The city of Milan is the only city in Italy that has reached the objectives set in the Paris Agreement. Change is possible — but so much more needs to be done: with so much inaction there’s a greater sense of urgency. Since the 90s Milan has doubled the number of consecutive days without rain. Meanwhile, the recent floods in Germany and Belgium, considered an anomaly, are demonstrations that we need to prevent even those occurrences that we have never previously observed before. Piero’s work shows that we need to do it together.

Whilst there are quite numerous initiatives globally we should never forget that climate action at every level is necessary. It is not a simple task. Climate action will impact how we live every day and is happening. Regional action is required and as citizens, we can put pressure on the local administration.