Creating Europe On A Tiny Island

How a vision for European integration was created in unbelievable circumstances on a tiny remote Italian island. 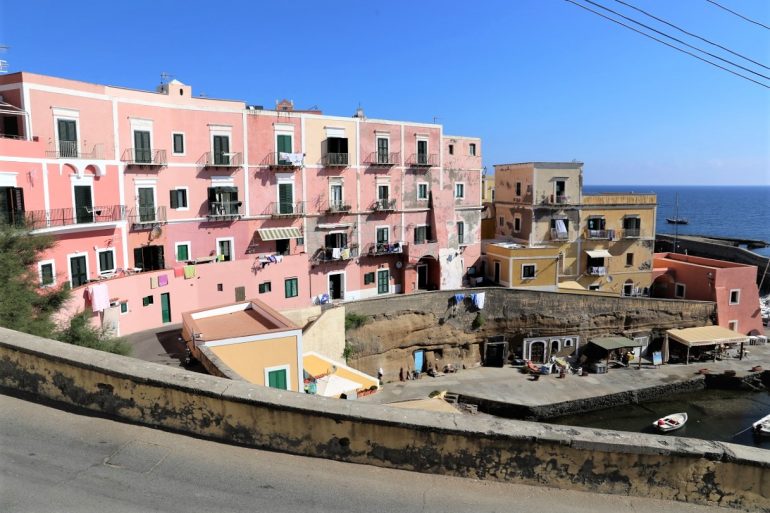 Il Pozillo, part of the Roman Port of Ventotene. Sailko, CC BY 3.0, via Wikimedia Commons.

These three recurrences in August suggest that a reflection on Europe is timely: the birth of Altiero Spinelli on August 31, 1907; the founding meeting of the European Federalist Movement in Milan on August 27 and 28, 1943; and the death of Alcide de Gasperi on August 19, 1954.

Spinelli and De Gasperi, two Italian statesmen, belong to a group of men and women who, in the early 1940s with many countries in the throes of war, started thinking of an alternative to unending wars. Spinelli ended up creating Europe on an island.

War was crippling the very fabric of many countries, but these visionaries realized that, unless all European governments accepted that the process of reconstruction would have to be elaborated together with former enemies, there could be no lasting peace. They also understood that, in the post-World War Two context, the once powerful states like Britain, Germany and France were becoming less important in the international arena, now increasingly dominated by the USA and the USSR. Europe’s very future laid in promoting closer cooperation among large and small states thus avoiding the errors of the past.

On May 9, 1950, the French Foreign Minister, Robert Schuman, revealed his plans for the construction of a new Europe inspired in part by the French political and economic advisor Jean Monnet, who believed that the role of governments was not to dominate but to ensure security and freedom and create the conditions for the prosperity of their people. In what came to be known as the Schuman Declaration, he, Monnet and the other pro-European advocates, believed that a process of European integration was needed based not on vague theories, but on specific actions.

Schuman proposed the creation of a common authority whose task would be to control the market and production of coal and steel within the countries of Europe. As these elements were the basis for the arms industry, it was thought that establishing joint control over their production would help prevent future conflicts between European states. Following this principle Germany, Italy, France, Luxembourg, Belgium and the Netherlands signed the Treaty that in 1951 created the European Coal and Steel Community (ECSC), the predecessor of the European Economic Community.

In this context, it’s important to mention the 1941 Ventotene Manifesto and its main creator Altiero Spinelli.

Born in Rome in 1907, Spinelli joined the Italian Communist Party (PCI) at an early age to oppose the regime of Benito Mussolini’s National Fascist Party. Following his entry into radical journalism, he was arrested in 1927 and spent ten years in prison and a further six in confinement. During the war he was interned on the island of Ventotene in Latium along with some 800 other political opponents of the regime. In 1937 he was expelled from the Italian Communist Party, due to contrasting interpretations of the Communist ideology.

In June 1941, well before the outcome of the war was safely predictable, Spinelli and fellow prisoners Ernesto Rossi and Eugenio Colorni completed the Ventotene Manifesto, eventually entitled Per un’Europa libera e unita (For a Free and United Europe). This draft Manifesto argued that, should the fight against the fascist powers be successful, it would be in vain if it merely led to the re-establishment of the old European system of sovereign nation-states in shifting alliances. This would inevitably lead again to war. The document called for the establishment of a European federation by the democratic powers after the war ended.

Colorni’s wife Ursula Hirshmann, a German Jewish anti-fascist activist and fellow advocate of European Federalism, and her brother Albert had moved to Paris in 1933 where she reacquainted with a young Italian socialist, Eugenio Colorni, who she would later marry in 1935.  Their continued anti-fascist opposition led to Comorni’s arrest in 1939 and his confinement on the island of Ventotene off the Italian coast south of Rome. Ventotene’s use as an island prison dates back to the Roman era. Ursula Hirshmann was allowed to visit him.

Spinelli, Colorni and another prisoner Ernesto Rossi worked on the Manifesto for a free and united Europe. It was then circulated through the Italian Resistance, and was later adopted as the Program. Because of a need for secrecy and a lack of proper materials at the time, the Manifesto was written on cigarette papers, concealed in the false bottom of a tin box and smuggled to the mainland by Hirshmann.

The Manifesto became the program of the European Federalist Movement led by Spinelli and founded in Milan in 1943 as soon as they were able to leave their internment camp. It called for a social federation of Europe and the world as a way to prevent future wars. It called for a break with Europe’s past terms of reference and alliances and advocated a new political system and extensive social reform where, as the Manifesto suggests “the old popular passions, set in the old moulds” arise again and again as the consequence of the desire for the attainment of political purposes, be they communism, socialism or democracy in individual countries.

Hirshmann participated in the foundation of the European Federalist Movement in Milan in 1943 while war was still ravaging the Continent. Her husband escaped from Ventotene that same year but was murdered by a fascist squad in Rome in 1944. The Manifesto was widely circulated in other resistance movements towards the end of the war. Resistance leaders from several countries met secretly in Geneva in 1944, a meeting attended by Spinelli. It proposed the creation of a European federation of states, the primary aim of which was to tie European countries so closely together that they would no longer be able to go to war with one another.

As in many European left-wing political circles, this sort of move towards federalist ideas was argued as a reaction to the destructive excesses of nationalism. The ideological underpinnings for a united Europe can thus be traced to hostility to nationalism: “If a post war order is established in which each State retains its complete national sovereignty, the basis for a Third World War would still exist even after the Nazi attempt to establish the domination of the German race in Europe has been frustrated.”

In 1945, Spinelli and Hirshmann married and he took on the leadership of the EFM. He played an important role in the early episodes of European integration, criticizing the small steps approach and the dominance of intergovernmental interference, feeling even that the chance to unite Europe had been missed as sovereign states were re-established without any common bond other than the functionalist OEEC and the largely symbolic Council of Europe. Even the European Coal and Steel Community (ECSC) was felt to be too sectoral. The EFM believed governments alone would never relinquish their national power without popular pressure which could be obtained in the ballot box. They advocated a European constituent assembly to draft a European Constitution.

This approach eventually got a response from governments when they set up the ad hoc assembly of 1952–1953. It was Spinelli who persuaded Italian Prime Minister Alcide De Gasperi to insist in the negotiation of the European Defence Community Treaty on a provision for a parliamentary assembly to draw up plans for “a subsequent federal or confederal structure based on the principle of the separation of powers and having, in particular, a two-chamber system of representation.” Spinelli played a significant role in advising the drafting of the Assembly’s proposal for a European Statute. However, the failure of France to ratify the Defence Treaty meant it was all to no immediate avail. Some of its ideas, however, were taken up in subsequent events.

Spinelli, recognizing that the EEC Institutions were the only real existing form of European integration, but still considering that they were insufficient and that they lacked a democratic legitimacy, embarked on a “long march through the Institutions.” In 1970, he was nominated by the Italian government to be a member of the European Commission where he remained from 1970 to 1976, taking responsibility in the new field of European industrial policy.

At the age of 72 and four years after the death of his wife Ursula, Spinelli decided to run in the first direct elections to the European Parliament in 1979. He did so as an independent candidate on the list of the Italian Communist Party, which by then had become a Eurocommunist Party and was keen to have prominent independent figures on its list of candidates. He was elected and used the position to urge radical reform of the European Community and transform it into a democratic European state.

Spinelli’s project provided an impetus for the negotiations which led to the Single European Act of 1986 and the Maastricht Treaty of 1992. French President François Mitterrand who, following a meeting with Spinelli, came to the European Parliament to speak in favour of its approach, thereby reversing France’s policy of hostility to anything but an intergovernmental approach to Europe. This momentum was enough to obtain the support of a majority of national governments to trigger the treaty revision procedure.

Although the resultant treaties fell short of what Spinelli would have liked, his efforts did trigger a new momentum in European integration, including a major increase in the powers of the European Parliament within the EU system. In recognition of the value of his vision and in honor of his work, the largest structure of the European Parliament complex in Brussels the Altiero Spinelli Building, is named after him.