Genius is rare but it is easy to recognize it when you see it. 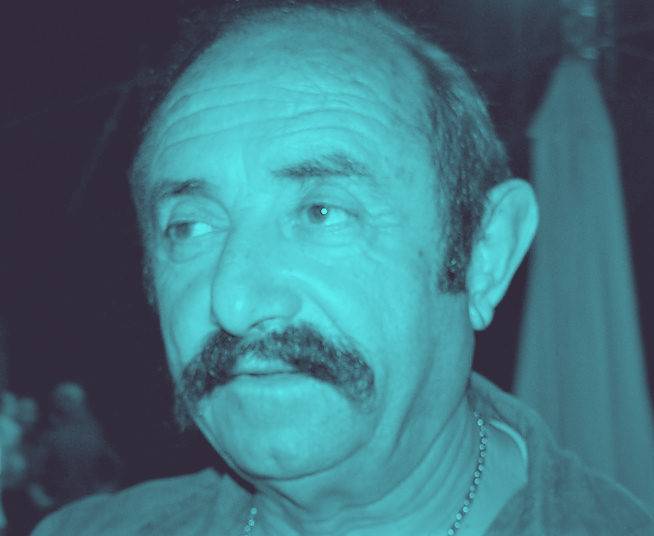 Benito Urgu has a channel on YouTube, Benito Urgu Official, on which he posts a new video every few days or so. These typically fall into one of several different categories. In the first and most common type, he will demonstrate how to cook a particular dish that is very much homemade if not rustic, or cafonara as he would say. He is careful to point out that he does not use the term disparagingly; in fact I think he would proudly claim the label for himself. Rather, he uses it to describe an approach to cooking that is at once unfussy and at the same time tasty and satisfying. So one typical recipe has him toasting a piece of bread over a bed of embers in his fireplace and then rubbing it with black olives. Pane abbrustolito al caminetto!! is the name of this dish, if you can even call it that. But even the more involved ones, such as Spaghetti alla Cafonara 3 Gambe, are very homespun if not unique to him and they break many of the rules of classical Italian cooking, such as ‘never break the spaghetti’ or something even more basic such as cooking the pasta and the sauce in different pans and then combining them later.

You can take or leave his cooking advice, and in any case I do not think the people who watch his videos and subscribe to his channel — his beloved urgofans — are drawn to him for his culinary excellence, although I have no doubt that everything he prepares is perfectly palatable. No, there is something uniquely magnetic about him that is hard to discern. The only way I can think to get close to capturing his genius is to continue to describe his other videos. In addition to those in which he cooks, there are those in which he dances with his adorable Cuban wife, proudly highlights the talents of his daughter, takes you on tours of his garden, provides do it yourself tips on making your own distressed jeans, gives heartfelt tributes to great Italian performers such as Franco Battiato, conducts interviews with soccer greats, and as far as I can tell, lets you in on just about anything that pops into his highly fertile and eclectic mind.

I am a regular viewer of and subscriber to his channel, and I suppose what drew me in and what keeps me watching is not only his earthy charm and bonhomie — think Il zio della campagna — but also his sincerity and authenticity. He is a real original and a true genius at what he does, whatever that is, and while genius is rare, it is easy to recognize once you see it.

In no other register does his genius come through than when he appears in the form of his alter ego, Desolina Vacca, an older woman who dresses in traditional Sardinian clothing and, while demonstrating how to fix a particular dish, always in the same Urgu style, offers snippets, just the faintest glimpses, into her life and who she is. These episodes, which bear the title, In Cucina with Desolina, invariably include one or more renditions of her signature song, a lament sung in a mournful yet whimsical tone, the refrain of which starts as follows:

At some point after the emergence of this frequently mentioned but still enigmatic figure, Desolina posted a 45 minute discourse on Lalla, which you can find here below.

It was while watching this video that I was struck most strongly by her — his? — genius. I am not familiar with Sardinian culture, but it seems to me that there is a tradition of men impersonating women for comic effect, just as there is in many other cultures — think the members of Monty Python in the British context or Jonathan Winters and Robin Williams in the American one. Their appearance is always slightly unnerving and their performance is always over the top, but this is where humor resides because you know that at any minute the performer can cross the line and either become offensive (some viewers probably already think this from multiple perspectives) or break character and therefore ruin the effect. What is remarkable is that Benito as Desolina never breaks character, however you want to characterize it, and as far as I can tell never says or does anything offensive or disturbing. In fact, I find her to be particularly ingratiating and sympathetic. Nevertheless, who Desolina is exactly is hard to say, but I sense a certain mad genius under that veil and behind that mustache. And just when you think it is all too much, Benito returns and posts a heartfelt tribute to all mothers on La Festa della Mamma, dressed in his usual plaid flannel shirt and baseball cap, his big and unruly mustache still strongly in evidence.

Whatever it is, Benito Urgu has done something that has attracted nearly 30,000 subscribers. He has a fascinating backstory that I will let you discover on your own, but what attracts me the most to his videos is the feeling that I am seeing a man who appears to be having the time of his life while in his early eighties, the reward of a life lived authentically, faithfully and intuitively. In any case, if you want to get a sense of what italianità is, albeit in salsa sarda, you can do no better than to check out Benito Urgu Official at your earliest convenience. His take on life is fresh but grounded in tradition, funny but heartfelt and sincere, and overflowing with an abundance of originality, intelligence, goodwill and affection, not only for his family and friends, and his beloved island of Sardinia, but also for his fans who faithfully tune in to see what in the world he has cooked up for the latest episode.