The Tokyo 2020 Olympics have come to an end, with many hailing Italy's historic performance. We take a look back at a diverse and surprising Italian team. 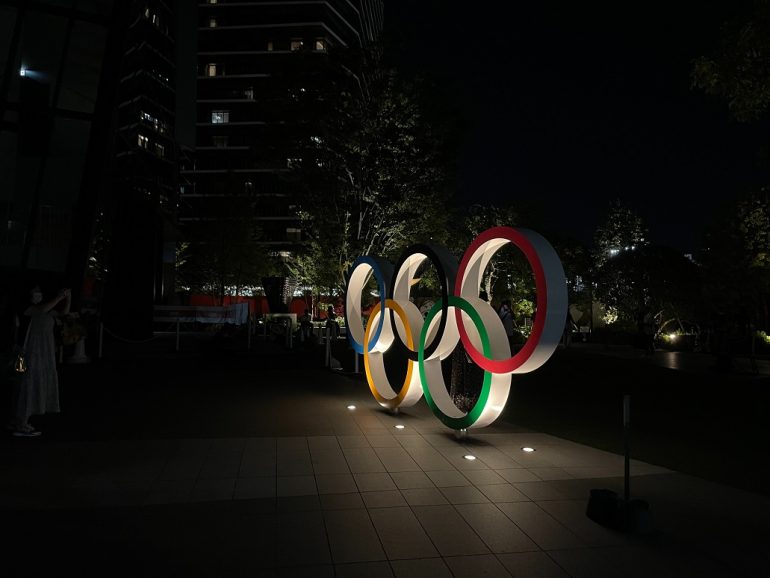 The 2020 edition of Olympic Games has ended. It came at a very particular time for everyone involved, in the midst of a pandemic, and not without controversies. Until the very last few weeks, it seemed the games might have been postponed once again, as civil society groups in Japan publicly expressed their disapproval of such an event in such a complex period for the country.

But the games went ahead nonetheless, albeit without an audience. Whether this affected the athletes’ performances is unclear — and will remain so forever.

What we do know is that the Tokyo Olympic Games were the most successful edition for the Italian delegation ever. The country has never returned to Rome with so many medals. Italy’s teams bagged 40 in total, spread across 19 different disciplines.

There were many surprises in sports in which Italy does not traditionally do well, alongside disappointments in others in which it has historically been more successful. The high number of medals (10 gold, 10 silver and 20 bronze) is also tied to the high number of Italian athletes qualifying for the 2020 edition. That too was more than in any other year, with 348 representatives of the Italian team reaching Japan this summer.

While the country usually has high expectations for its popular team sports, such as volleyball, this year none of those made it past the quarterfinals. Instead, a number of medals came from other sports often considered minor, such as judo, rowing, wrestling, cycling, archery, and taekwondo. Moreover, we were pleasantly surprised by sports such as weightlifting and sailing where Italy had not won medals in a long time.

Let’s take a look at the Italian performances that surprised us the most.

Despite not gaining the same attention as athletics, the federation that saw the highest number of athletes returning to Italy holding a medal was FIN, the Italian Swimming Federation. Seven athletes won medals in the sport, all silvers and bronzes. These, won by Gregorio Paltrinieri (800m freestyle; silver), Nicolò Martinenghi (100m breaststroke; bronze), Federico Burdisso (200m, butterfly; bronze), and Simona Quadarella (800m freestyle; bronze), were a huge achievement for the country.

However, we were particularly glad to see the men’s team win the silver medal in the men’s 4×100 freestyle and 4×100 mixed, as relay events are usually indicative of a general success of the sport and its federation. That’s because they depend not only on individual talent but also on years of work on building the teams supporting the athletes.

A different sort of surprise this time. Italy’s fencing team did not live up to the expectations built after their successes at previous Olympics. While the sport is one in which Italy usually does really well, this year the team left Tokyo with five medals between silvers and bronzes. That’s opposed to the London 2012 games, where Italy won seven medals, among which were three golds.

What’s worse, though, the Italian fencing federation had not left an edition of the Olympics without a gold medal in the past 40 years. Giovanni Malagò, president of the Italian Olympic Committee, has expressed his disappointment at the team’s results and called for greater reflection within the federation, hoping for better results in Paris 2024.

Finally, athletics, the area in which Italy has achieved its greatest results. It’s fair to say it was contrary to most expectations. However, it did show that the FIDAL (Italian Athletics Federation) is in extremely good health. Not only did the Italian athletics team win five gold medals, but they did so while also coming first in some of the Olympics’ most prestigious events: the 100m sprint, the 4×100 relay and the high jump.

It was an incredible achievement. Italy benefitted and successfully exploited a number of different circumstances, from Marcell Jacobs being at the high point of his career to the Jamaican and US teams not being at their best, as well as Gianmarco Tamberi’s and Mutaz Barshim’s friendship and sportsmanship.

A young and diverse delegation

Overall, Italy arrived in Tokyo with one of its youngest and most diverse delegations in history — a sporting achievement with potential for political and cultural impact. Like in the winning football team, Italy’s Olympics was executed by teams with relatively low average ages. Yet, unlike unlike the football national team, the Olympic delegation has truly represented Italy’s growing demographic diversity. Indeed, 15% of Italian athletes have some degree of foreign ancestry.

Giovanni Malagò, president of the Italian Olympic Committee, described this diversity this as one of the keys to the country’s success. His message — and the achievements of Italian athletes from a plurality of ethnic backgrounds — has resonated, reigniting political debates about the Ius Solis, the right to citizenship to those born in the country. In this way, this edition of the Olympics has shown that sport is not just sport.

Ultimately, cultural diversity and integration in the various Olympic teams within the delegation shows that plurality does bring advantages in terms of team spirit, attitudes and skills, something that will hopefully be reflected beyond Tokyo 2020. This gives us hope for the role sports can play in the country, not just in terms of patriotism and fandom, but also as representing greater diversity, sportsmanship, representation and integration.