Are Italian Party Leaders A Threat To Democracy? 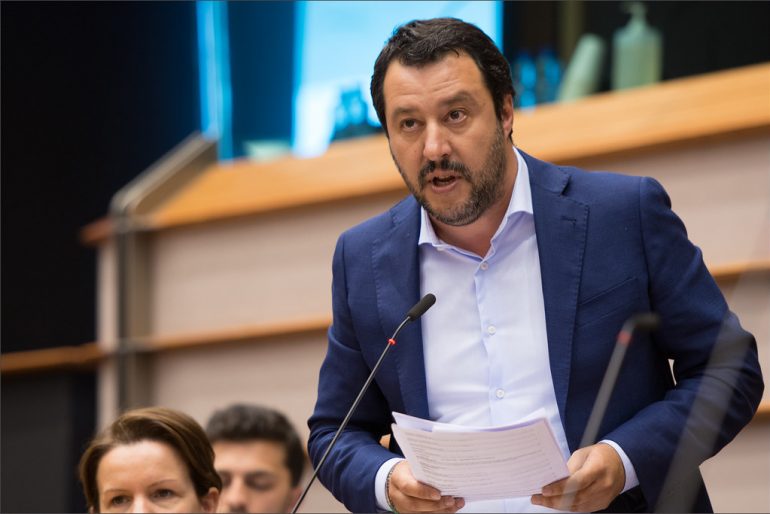 Even if it’s summer and many of us are enjoying the sea breeze, things are happening in Italian politics — and many of these are not good news, especially the increasingly evident jeopardization of the country’s democratic processes.

On this regard, we could consider, for example, the quarrel between the Five Star Movement’s putative leader Beppe Grillo and the former Prime minister Giuseppe Conte, which had repercussions on the whole political system, although it looked like a script for internal consensus reasons. Indeed, according to the polls, the Five Stars have recently halved their support to around 16%. Conte was sidelined for months and the move spread chaos among members. The former head of government accused Grillo of being autocratic after the latter said that he lacked political vision, just before taking over the party leadership. This led to conjecture that Conte could form a party of his own with the support of many from the Movement. In July, Grillo had to back down on Conte, since his popularity in handling the pandemic was quite a success, taking away his veto. After long negotiations, Grillo publicly endorsed his political heir, always without the approval of the party members. Not exactly an example of grassroots democracy.

However, the real protagonist of the Roman summer is the so-called DDL Zan, the now-famous draft law against homotransphobia. It is known that Italian laws take years before they are adopted, and well, this is the perfect example. The draft law named after the rapporteur and Democratic MP Alessandro Zan was approved by the Chamber in November 2020, but was stalled in the Senate. Forza Italia, Brothers of Italy, the League are against it, the Democratic Party, the Five Star Movements, and the left are in favour. And while the vote was postoponed until a later date, the discussion reached the lowest level: Senator Simone Pillon (League) said that even the soccer players who won the European Championship declared their love for the mother after winning, and not for a generic ‘parent 1’, referring to the new denomination for parents in official documents. Andrea Cangini (Forza Italia), instead, affirmed that the more rights are granted to small groups, the more other people may be left out and equally discriminated against. Specifically, he refers to “fat people, hunters, vegans,” turning the whole debate from political into comical.

Italia Viva, led by the histrionic Matteo Renzi, deserves a special remark: he declares in favor of LGBT rights, but has in fact obstructed and slowed down the approval of the new draft law. Matteo Renzi and Matteo Salvini mediated between their two parties and found an agreement on changing some articles — essentially ditching the law. This move derailed a decision that Italy has been lacking for too long. Renzi’s urge to be always at the center of attention of the political stage, together with Italia Viva’s plummeting consensus, might be the reasons behind this coup de theater. Finding new friends within the Italian right, currently supported by 45% of the voters, might be a unique opportunity for Matteo Renzi to become decisive again and have a say in the election of the next President of the Republic.

Last but not least, in July Matteo Salvini and Giorgia Meloni signed a document on the future of Europe together with the likes of Orbán, Le Pen, and Kaczyński. Far-right leaders from 16 EU countries agreed on this declaratory document calling for a deep reform of the European Union which for them has allegedly become the source of all our problems. They fear the creation of a European superstate that “is a manifestation of the dangerous and invasive social engineering known from the past, which must provoke legitimate resistance.” They also mention the imposition of an ideological monopoly, taking the cue from the recent cases of the European institutions which put pressure on Poland and Hungary on human rights issues ranging from the independence of the judiciary to the laws against the LGBT community. The signatories remark that they don’t feel free due to the imposed dominant ideology, so they plead for the recovery of family values as a solution to curb negative demographic trends. The document appears to be yet another example of the recent rise of new nationalisms, which — as history teaches us — never brings good news.

Many have the feeling that the current political system is experiencing a breakdown, where different groups act as if they have to be the devil’s advocate to grow in the polls. Dissatisfied by politics in the context of a global pandemic, voters are confused, as nothing seems to be enough for some representatives. Even when it comes to civil rights, as in the case of the DDL Zan — possibly Italy’s first law on hate crimes against LGBT people, there’s always a reason for party discussion and most leaders seem to divide and refuse any democratic path in favor of unjustified disagreement.

In Italy we currently have right-wing parties, populists and nationalists allied, some politicians lowering the level of debate, and some others keeping entire parties under their thumb. Hence our concern, especially as young people who fear for their future. Politicians don’t seem to make their own issues and values that an increasingly progressive society has at heart: freedom, human rights, equality, sustainability, to name a few. Instead, three adjectives define better the current level of the political debate: off topic, poor and exclusive. The next generation of Italian political leaders should be able to measure up to a changing world by defending its democratic achievements.