Debaptization Is The Most Italian Form Of Protest Ever

When church and state collide in a changing social landscape, do we finally get the change we need? 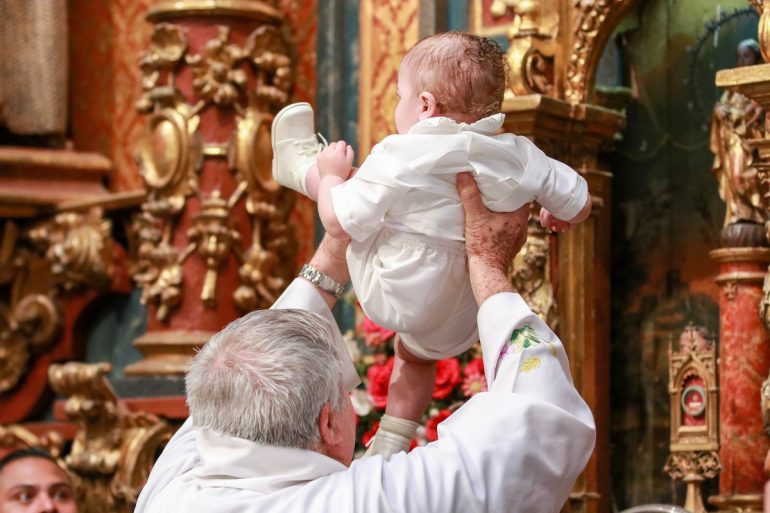 The baptism of a child. Photo: Walter Gadea on Unsplash.

The recent turmoil stemming from the debate over the Zan Bill and the comments on it received by the Italian Parliament from the Holy See, has reignited interest in one of the more cabalistic forms of protest that we’ve seen in recent years: debaptization. The political intervention on the part of the Vatican has placed renewed importance on the secularization of the State, prompting calls of ‘meddling’ by the Church. Consequently, the website sbattezzati.it registered a massive growth of visitors and requests for information regarding the process of debaptization. But how easy is it to turn in your Catholic card, and how much does it matter?

According to the Catholic religion, baptism is the first and most important step to effectively enter the church. While scriptures describe the ritual as being performed on adults and followers who had concluded a journey of faith, it is now performed in the months after a baby is born, implying that the decision is taken by the parents or family of that child. Unsurprisingly, this lack of autonomy is one of the main reasons people give for wanting to reverse their baptism.

In practice, the debaptization process is simple. You must be at least 16 years old, and send a registered letter to your local parish priest expressing your request. After they receive notice the religious authority has a maximum of 15 days to provide an answer and to modify the status on the official register. Moreover, the whole procedure is outlined in Sentence n°239 of the Italian Constitutional Court, which states that the membership in any religious community must be based on the will of the person and not that of the parents or guardians. However, despite this process baptism cannot be undone in the eyes of the Church. As one of the fundamental sacraments of the Catholic Church, it is looked upon as a permanent membership. Think of it as the religious version of canceling Spotify.

Recently, however, organizations in Italy have begun to offer support and services for those looking to unsubscribe from the Church, among them UAAR, the Union of Rationalist Atheists and Agnostics, who provide documents and legal clarifications in case of need. According to their mission, being an atheist should be seen as a belief system no different from Catholicism or Buddhism, and protections of that belief system should be just as strong. They are far from a fringe movement: based on their data, over 100,000 Italians have requested debaptization since 1999. In the wake of numerous scandals involving the church, the number of visits to their websites systematically increased and after comments by the Holy See regarding the legislative procedure of the Zan Bill, the UAAR page received more than 6,000 single visits in a day.

UAAR spokesperson Adele Orioli notes that the pattern is growing, with more than 10,000 debaptization requests downloaded from their website every year. Naturally, numbers vary but the majority of those requests are from younger people looking to undo their status, and UAAR assists them in the name of religious freedom. “Self-determination,” “moving away from the catholic heritage,” “abandoning a religious institution that denies everything I stand for” are the most quoted motives for debaptization, according to testimonials on the sbattezzati.it website, and UAAR believes that these reasons should be validated not only by law but by the institutions that confer membership in the first place.

However, the Italian context is extremely complex. The Vatican is a religious state within a secular state that, despite these divisions, nonetheless exercises a strong influence on Italian politics. This city-state is surrounded by Rome and is the headquarters of the worldwide Roman Catholic Church. Though the relationship has been secularized since the 1929 Lateran Pacts, and by a 1984 updated version that stripped Roman Catholicism of its status as a state religion, the recent political debate on the Zan Bill has merely repurposed an old controversy. But a push by young people to enter the political and societal debate about the secularization of the state, both by challenging its religious precepts and the very nature of membership itself, may just force the Catholic Church to confront its past and change its future.