All Roads Lead To Rome

How roads were crucial to the power of the Roman Empire — and why they still hold such fascination today. 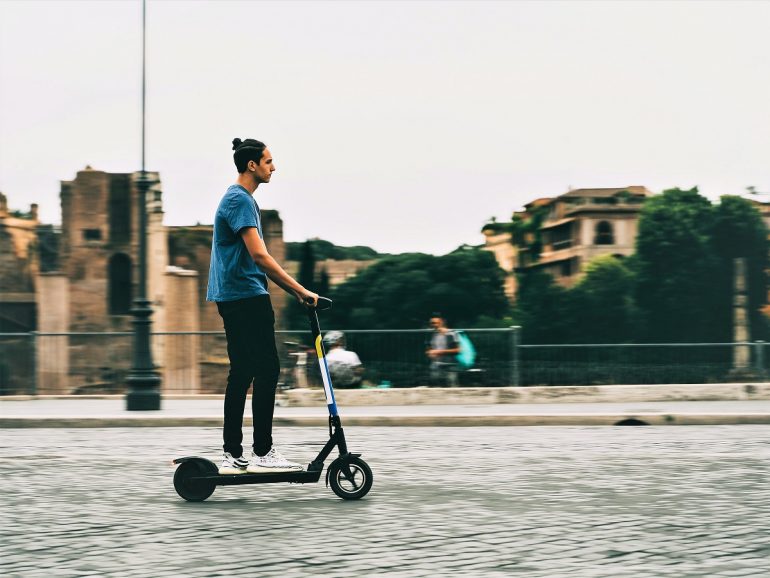 All roads lead to Rome. It’s a nice expression, that’s for sure, one that invites deep historical questions. How far back in time would we have to go to find a place inhabited by people yet unmarked by them? To the earliest civilizations themselves — but the risk is that their marks may be unrecognizable to us.

Roads, pathways, dirt tracks, highways, byways all have their function — to take us from here to there. But, if we change our perspective, they also take us from now to then. To be relevant, road users need to know a few things: first of all, where the road will take them both in space and in time. Will it take them to where they want to go? What are the risks involved in taking this road? And when can they expect to arrive?

In this article I want to use the road network created by the legions and slaves of the Roman Empire, from about 310 BC to 5 AD, to give a few examples of how then sometimes mingles with now and there sometimes becomes here.

Roads — Roman or otherwise — are but one layer of the many-tiered story of civilization. If monuments, forums, statues, castles, churches and walls can stand the test of time and be the narrators of humankind’s story, all the more so roads. Without roads, the spread of ideas, the exchange of goods, the intermingling of peoples, the creation of cities, the transport of plants and foods — in short the spread of what we call civilization — would have been limited to places accessible only by water. And perhaps we have Rome to thank.

To and from Rome

Rome sat at the center of its road network. In this way, all roads lead to Rome, literally. Conversely, all roads also lead from Rome.

The Milliarium Aureum, the Golden Milestone, was a monument, probably of marble or bronze, erected by the Emperor Caesar Augustus near the Temple of Saturn in the central Forum of Ancient Rome. All roads were considered to begin at this monument and all distances in the Roman Empire were measured relative to it — like the English measure distances to London from Charing Cross. Here, the major cities in the Empire and distances to them would have been listed. Again, all roads did literally lead to Rome.

A plaque bearing the name of the monument stands in the Forum today, but there are few indications as to the original monument’s precise location and inscriptions. The Roman system of measuring distance relative to this starting point and marking these distances with milestones gave a new perspective on distances to be travelled, as well as on the time required to travel these distances and the infrastructure necessary to make these journeys viable, such as the availability of fresh horses at precise halting stations.

One such road was the Via Salaria, which connected Rome with the north Adriatic Sea. It owes its name to the Latin word for ‘salt’, since it was the route by which the Sabine peoples, from what is now modern-day Umbria in central Italy, came to fetch salt from the marshes along the river Tevere, or Tiber, on which Rome stands.

Some scholars maintain that this salt traffic may have contributed to the growth of the settlement of Rome. The Via Salaria was only one of many ancient salt roads in Europe that led to the creation of urban centers which gradually expanded from the core salt trade. A modern Via Salaria still survives, following the old road to a great extent. Along its mountainous flanks, some Roman remains still survive.

The Via Appia, meanwhile, dubbed the Queen of the Roads, connected Rome with Taranto and later with Brindisi on the southeast of the Italian peninsula. From Taranto and Brindisi travel continued by sea across the Adriatic to the eastern realms of the ever expanding Empire, to the cradle of all European civilization — Greece.

By the late Republic, the Romans had expanded over most of Italy and were masters of road construction. The Via Appia was a major Roman road and a main route for military supplies since the purpose of its construction in 312 BC was to transport troops beyond the smaller region of greater Rome. Drains, fitted stones, low retaining walls and dirt paths for sidewalks became standard requirements. And when the marshes in some areas proved too difficult and expensive, canals were built as is evident in the Colli Albani, the Alban Hills.

As many of us know, the novelty of the Roman roads was their straightness. The Romans sought to make roads straight and as level as possible, often overcoming challenges like steep hillsides, cliffs, rivers and rocks. Bridges and aqueducts — and canals — are perhaps the maximum of Roman engineering excellence.

This demand for straightness was fuelled by the need to cater to the movement of military battalions. In this Roman world, ordinary traders and travelers came second, behind the demands of power and conquest. The movement of those traders would come later, when generations of assimilated peoples fought less and got on with the chores necessary for survival, such as commercial and social interaction.

Yet, the Romans knew that, once they were defeated. the magnificent roads they’d built would serve their victors — and those that dominated after them.

The Romans would soon venture north. The occupation of Gaul is a 500-year long story. But, like in other territories, roads and infrastructure changed the layout of what we know today as France and Belgium. Thanks to Roman infrastructure, Lutetia, or modern-day Paris, went from a Celtic fishing village to an outpost of the Roman Empire. In fact, the first bridge spanning the Seine traces back to a Roman construction of 4 BC.

The Empire eventually became too big to survive. It lost its sense of unity and identity. Languages and cultures evolved differently. To quote the poet Yeats, “Things fall apart, the centre cannot hold.” Not even roads could keep it together.

As we jump forward to the 5th century, internal difficulties at home in Rome, the growth of Christianity and the shifting of the axis of loyalties from gods on Earth to God in Heaven, and the growing strength of the peoples in the outposts of the Empire all meant the end of expansion and the beginning of retreat. The end came relatively quickly and, in economic terms, one of the immediate effects was the breakdown of road management and the drastic reduction in the transport of goods which, over the years, had always been a massive source of profit.

All roads still lead to Rome

It’s interesting to note that over the last 20 years a very challenging ‘Road to Rome’ pilgrimage has been taking place annually between Canterbury in southeast England and Rome, two symbolic Christian centers and also two symbols of the previous connection between ancient Rome and one of its most outlying settlements. Even now, perhaps, all roads lead to Rome still. Each society needs its ‘Rome’: its shared focal points, its markers, that are recognized by all its members.

For historians, travelers and everyday tourists with no real interest in history or archeology, the fascination of past civilizations is a constant. We visit these places with a kind of spiritual devotion, just as, for many Muslims, all roads lead to Mecca where one must travel at least once in their lifetime. We want to follow in the footsteps of our ancestors in order to understand where we are headed. What better way than to literally look at, read about and travel the roads they built for themselves, but ultimately for us too.