The Problem With Soccer

In the eyes of an American, the mechanism of play does not capture the athletic skill of the players. 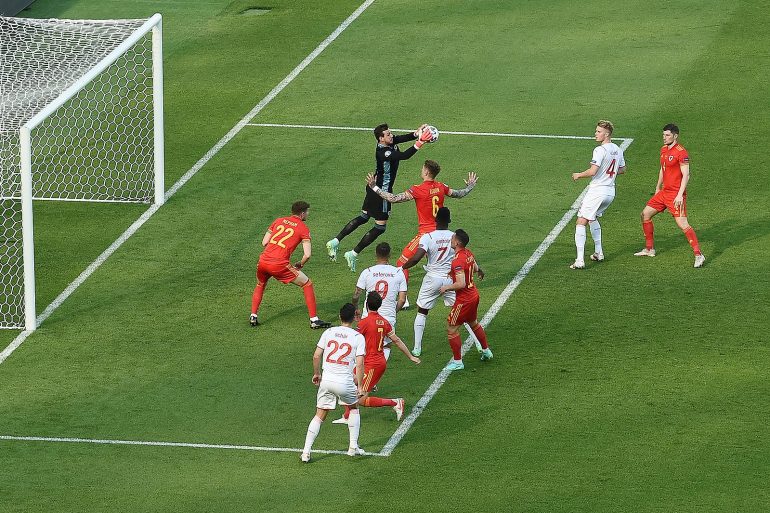 I have a hard time with soccer, and I think this is largely true for most Americans. I think at the core of the problem is a mismatch, at least a perceived one, between activity on the field and among the players, and the way in which points are scored. Compared to the most traditional American sports, baseball and football, soccer seems frenetic and arduous, even chaotic. With its big field and no-hands rule, it seems like it is too hard to score a goal and something should be done to make it easier: shrink the field, say, or allow players to use at least one hand.

In comparison, basketball, which has been on the ascendant in terms of popularity among American spectators, is absurdly prolific when it comes to scoring. You can see the disparities by comparing typical outcomes of a game, let’s say in the 100s for basketball and in between 5 and 20 for baseball and football. Soccer scores struggle to get above 2 and almost never break 4; a typical match yields some combination of digits within the lofty range of 0 to 2. 0! The game is simply too hard.

At least, that is an American way to look at it. But I can’t help but think that a finer metric, one that is attached to a more dynamic mechanism, would make soccer more sensible as a game that tests the competitive mettle of two teams and the comparative skills of multiple players. For example, if I see a basketball score of 100-98, I will know that it was a very close game, and probably one that was exciting and entertaining to watch. If I see that one or two of its players had scores in the mid to high twenties, even low thirties, I will know that they each had a good game. But what am I supposed to do with 1-0? It tells me nothing. It might have been a long slog for both teams, with little that was good happening on the pitch, or it might have been a fantastic battle full of excellent plays and great displays of skill and athleticism, even dramatic clashes and somersaults of fate, runs of bad luck and great strokes of fortune. I might have been able to observe these as a spectator, either in person or through some media device, but I would not know them from the score. And more to the point, shouldn’t the score reflect the activity on the field?

I am not proposing that someone should change the way in which soccer is played. I have enough respect for a global institution than to suggest such a thing. And in any case, how would anyone go about doing that? Soccer should and will remain exactly as it is. It just seems unfair and unsatisfying to have so much happening on the pitch and in a match that is not captured by and reflected in the score. And I say this not just for the sake of spectators and fans but also, and more so, for the players. Their efforts should be duly rewarded with a mechanism of play that correctly measures and indicates their achievements on the field.

There is no doubt some deeper and more sophisticated cultural and philosophical aspect to this topic that I am too obtuse to grasp, principally because of my American upbringing. No sport has a richer tradition of thoughtful and contemplative writing that examines and discusses the moral and ethical meaning and implications of a game, of its various approaches and styles of play, of its relations between coach and player, of its ties to and manifestations of political, economic, social and historical processes. Baseball comes close but soccer — football — is far more international, truly global.

No sport is more democratic, except perhaps for track and field, but certainly no team sport. This is largely due to the fact that no sport is simpler, requiring only a ball and an open space — a patch of grass, an empty street, a vacant lot — and two sides of players of any number in order to play it. Basketball requires at least a hoop, which is not always easy to find. Baseball is ridiculously laden with equipment: bat, ball, mitts, at the minimum, not to mention the need to configure a diamond with four bases and a pitching mound, or at least the semblance of one. American football comes close but it is hard to play with just a few players, because to be fully fledged, you need to fill at least three positions: quarterback, blocker and receiver.

I remember lying in bed one night in an apartment in Cinque Terre that faced the main square of one of those little villages, Manarola or Corniglia, maybe. It was in the off season but a warm evening and by 2 AM everyone had gone to sleep — except for a group of ragazzi who had set up a net, at least in their imaginations, against the wall right beneath my bedroom window.

Ugh! Me, leaning out of the window, groggy and cross.

I was no match for this heir to the ethical and rhetorical legacies of Machiavelli and Pinocchio. By the way, have you ever noticed how much they resemble each other? And I mean the Pinocchio of Enrico Mazzanti, not the Pinocchio of Walt Disney. They have the same pinched face with impervious black eyes and impudent nose, the same ruddy and hale complexion, features perfectly arrayed for an argument. I suspect my early morning interlocutor had a similar appearance, but I could not see his face in the darkness below me, but his voice certainly put him in character — plaintive, beseeching, caloroso.

What kind of score could capture that? I suppose there is more to the game than numbers can convey.