Do Black Lives Matter In Italy?

The refusal of the Italian football team to take a knee on the global stage only reinforces the already widespread discriminatory behavior. 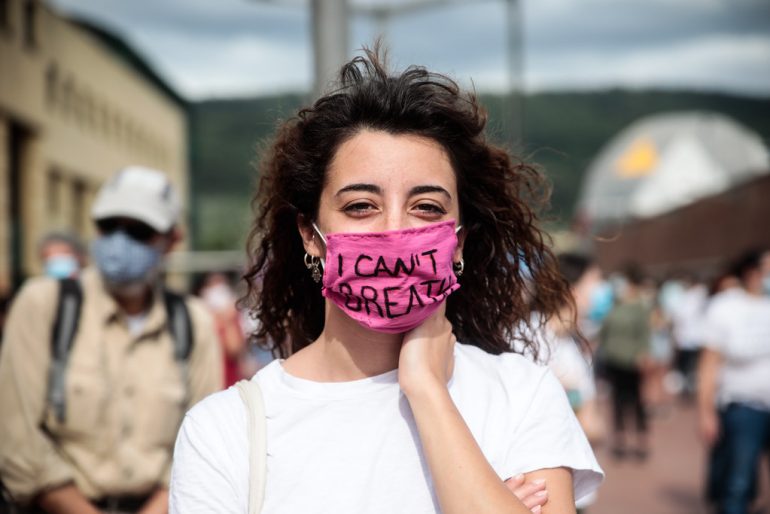 During the European Championship, the Italian Football Federation (FIGC) declared its “unconditional stance against racism and any form of discrimination,” but indicated that Italian players would take a knee at the beginning of a match, the by-now universal symbolic gesture of support, only if their opponents did the same. However, according to representatives, the action would not indicate support for the Black Lives Matter movement. Consequently, only five football players kneeled during the first-round match against Wales: on yet another international issue, Italy seems to have little interest in taking a stand against anything in particular, and it is becoming ever more difficult to ignore.

Of course, the action, or rather inaction, of arguably the most symbolically important figures in Italy right now did not go unnoticed by many in the country, including former Prime Minister Enrico Letta, who generously called it “not a good spectacle.” Squad member Giorgio Chellini did not help the situation when he was interviewed before the match again Austria and, in reply to whether he and his teammates would kneel, replied that they would “combat Nazism in other ways with initiatives in collaboration with the Federation.” Though his reply was roundly lambasted in both national and international media, it is only further evidence that Italy is lagging behind much of the world on education and advocacy for racial justice.

Black Lives Matter has become one of the most consequential social movements since its inception in 2013 after Florida resident George Zimmerman was acquitted in the shooting death of African-American teen Trayvon Martin. The movement has taken on international dimensions despite the lack of leadership or hierarchy. Rather, by encompassing multiple organizations and smaller movements and uniting them in a similar cause, Black Lives Matter has become the rallying cry of a generation that is motivated by hashtags and inspired by influencers. Indeed, the movement is nearly inseperable from social media: in the days following the death of George Floyd at the hands of police officers in Minnesota, the hashtag was tweeted more than 47.8 million times. Despite the questionable incidents of technological glitches on some social media platforms that censored the hashtag, it continues to be the main conduit for raising consciousness of police brutality, inequality, and injustice against black people.

The spread of BLM related messages on the platforms of celebrities and influencers has undoubtedly given momentum to the movement, and Italian influencers have made their voices heard. At several BLM protests in Milan and Rome, celebrities who attended shared their support online and invited people to educate themselves on this matter. Singers Mahmood and Damiano of Måneskin have also been important supporters alongside power couple Fedez and Chiara Ferragni. Ferragni’s friends Chiara Biasi and Veronica Ferraro, each with their own considerable fan base, have also joined suit.

But Italian influencers have not joined in their support for BLM in the same numbers that other countries have shown. According to Buzzoole, only 110,000 types of content regarding BLM has been shared by influencers in Italy. They also tend to lag behind on other hot button subjects such as LGBTQA+ inclusivity, the DDL Zan, and Pride Month. In addition, only 1% of this content is sponsored, indicating that well-established brands are still cautious to approach delicate topics.

To counter this inertia, a group of young Italian activists founded Imstillalive, an Instagram community that sprouted up in the wake of George Floyd’s murder. They collected and translated global campaigns against racism into Italian and organized online campaigns throughout the period that in-person demonstrations were prohibited due to COVID measures. Italian author and activist Esperance Ripanti began her Instagram account in 2018 after former members of the League party shot six black immigrants, launching the two hashtags #facciamoluce and #facciamofolla, (#shedlight and #gettogether) to raise awareness. American-born influencer Tia Taylor founded COLORY (pronounced Colori), also uses her platform to talk about racism, LGBTQA+, pride, cultural appropriation, and other similar topics in Italian and about Italy. However, these specific examples have yet to produce the kind of groundswell of popular support that other countries, like the UK, France, or the US, have seen.

That said, organizations to combat racism have existed in Italy for some time, even before social media took over popular discourse. Razzismo è Una Brutta Storia — literally translated as ‘racism is an ugly story’ — is an organization composed of researchers, activists, and artists who write about this topic and organize conferences and sit-ins. But how effective are they? According to author Louis Pisano, who splits his time between Paris and Milan, the organization is shifting the conversation away from those that truly matter. Pisano gained notoriety for sharing clips on social media from the TV show Striscia La Notizia where hosts Gerry Scotty and Michelle Hunziker mocked Chinese people by faking their accent and elongating their eyes with their fingers.

“It is so disturbing,” Pisano wrote, “that these people continue to be at the forefront of the Italian mainstream media, are watched by millions, millions who are influenced and informed by this behavior, and in turn go out into the world and perpetuate it.” These stories were then picked up by Vanity Fair and other outlets, but none of the wholesale reckoning that we have seen in other countries has followed. While racial sensitivity becomes an increasingly important topic globally, Italy is dragging its heels both politically and socially. It seems that while taking a knee is too much to ask, many Italian celebrities and public figures have no problem taking a dive when it comes to standing up for universal values. Let’s hope it not a sign of things to come.