How about a journey following in the intrepid footsteps of the Carthaginian army, across the Alps and down into the Italian peninsula? 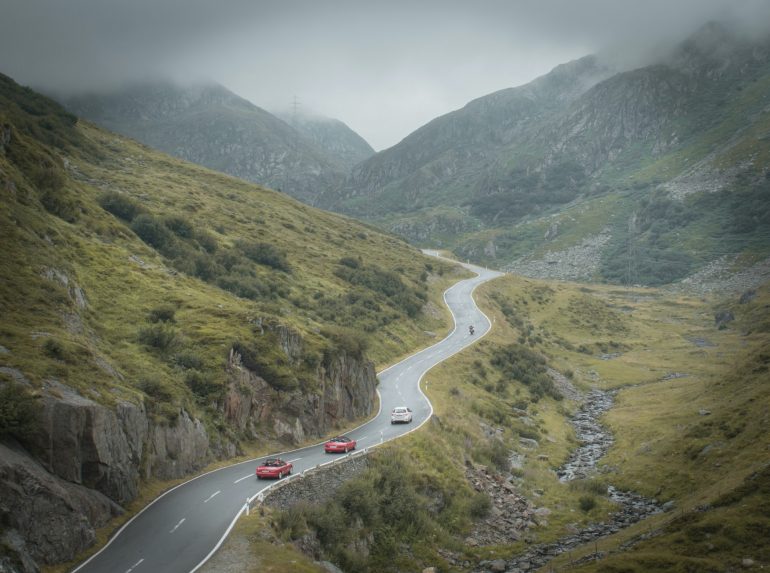 What could be more liberating for the mind and soul than roadtripping in Italy this summer? Since we’re all feeling rather battle-scarred following months of lockdown, how about a journey following in the intrepid footsteps of Carthaginian war general Hannibal, across the Alps and down into the Italian peninsula? We’ll stop by along the way in some picturesque towns and cities along the northern and central Apennines.

True, some may not appreciate the reference to this invader statesman who was both outwardly reviled and quietly revered by Rome. But the mystique and sheer grit and determination of Hannibal during the Second Punic War (203-201 BC) has made his name resonate throughout the centuries. His campaign inspired films like the 1937 Scipio Africanus — and more recently his story has fired the imagination of US action man Vin Diesel. The hero of the Fast and the Furious saga is eager to chart the life and battles of this ‘tour de force’ warlord — a man who had the audacity to lead a pack of war elephants across the Alps into Italy.

This irksome infiltration into Italian territory was certainly a thorn in the side of the Roman Republic. But, surging south through the peninsula, he did get his comeuppance in the end.

Hannibal’s greatest legacy? A road trip across Italy that’s to die for, perhaps. This time not on the four legs of an elephant, but in the four wheels of a car.

These days, our battles are concerned more with getting tourism up and running once more. And Italy, proclaiming itself open this summer, is offering a warmer welcome than its people once gave Hannibal. So, there’s nothing to stop us enjoying an Italian experience with a difference, combining a car drive across the Alps to Rome with some off the beaten track places and cities that were once key locations in the Roman Republic: Ivrea, Pavia, Piacenza, Rimini, Arezzo and Lake Trasimeno.

If you’re traveling by air, Turin International Airport or Milan Malpensa are the most convenient starting points from which to hire a car and begin your journey. From Turin, it will take you just over 2 hours and 30 minutes on the A5 to your starting point. From Malpensa, just under 3 hours on the A4/E64 and A5/E25. Alternatively, for diehard Hannibal fans, and a more authentic experience, you can drive over from the Savoie region of France.

We estimate the complete road trip to Rome to take about 10-14 days. But the world is your oyster, and with so much beauty around, the trip could be extended to take in surrounding cities and areas. Organize to drop off your hire car at Fiumicino airport in Rome before the journey home, wherever that may be.

One of the routes across The Alps down into Italy, the so-called Little St Bernard Pass is where historians argue Hannibal and his caravan of 37 elephants crossed the Alps. We’ll follow in their path to the pass that reaches 2187 meters above sea level.

Just south of Monte Bianco, this is one of the world’s most spectacular roads, passable from the end of June to October, stretching from France to the Val D’Aosta and winding along stretches of dramatically blustery roads and sweeping hairpin bends.

You can also take a short detour to go further up to the Grand Bernard Pass on the border with Switzerland, where the Saint Bernard dogs were first bred and can still be seen at The Great St. Bernard Hospice, a hostel for weary travelers on the Swiss side.

From the foot of The Alps in Piedmont, Hannibal is said to have set up camp at a settlement near Ivrea.

Nowadays, Ivrea is synonymous with a famous battle of its own, ‘The Battle of Oranges’ which takes place during carnival in February. Legend has it that in 1194 a wicked Duke ruled Ivrea. He came to a sticky end: a revolt ensued after he was decapitated by a local woman he attempted to enslave. Today, the revolt is reenacted as a free-for-all throwing of oranges between teams of townspeople.

The town is also at the heart of the Canavese region of Piedmont that boasts a number of pretty lakes, castles and plenty of hiking in the surrounding hills and mountains. The scenery makes it ideal for the summer months and, if you want to stop for a few nights, it is only 22 kilometers from Turin.

After Ivrea, Hannibal is thought to have struck out for Pavia, which is now a university town 35 kilometers from the Lombard capital of finance and fashion, Milan. Just 8 kilometers out of the city, on the drive in from the north, the monumental Certosa di Pavia’s enormous monastery complex is certainly worth a visit on your way.

Pavia is well-established on the slow food trail for its Oltrepò Pavese wine-growing area. This is Lombardy’s largest wine-producing region, and one of the largest in Italy, with a vibrant choice of sparkling whites and reds with high-spirited names like Sangue di Giuda (Judas’s blood) and Buttafuoco (Flamethrower).

Cured meats are also prized around Pavia, including the salame di Varzi and the more unusual salame d’Oca di Mortara, which is wrapped in goose skin. Another unusual dish is the zuppa pavese, a broth accompanied with hardened home-baked bread and topped off with a poached egg. Carnaroli rice, ideal for risotto and insalata di riso, is also grown here. Don’t forget to try the famous torta paradiso, a type of sponge cake that was invented in Pavia in 1878 by locally renowned Pasticceria Vigoni.

Passing over the border from Lombardy into Emilia-Romagna, and set between the River Po and the Appennines, is Piacenza, another university town popular for its arts and culture. Piacenza also boasts a rich food and wine culture and some striking architecture around the main Piazza Cavalli. The Palazzo Comunale, aka ‘Gotico’ is worth seeing, as well as the Farnese complex of Civic Museums and the Galleria d’Arte Moderna Ricci Oddi, which houses, among other things, an impressive collection by Gustav Klimt.

Hannibal gained notoriety here when the Romans were defeated at the Battle of Trebbia, fought not far from Piacenza. Ernest Hemingway is once said to have proclaimed the Val Trebbia “the most beautiful valley in the world” on his own road trip through the area when he was a journalist following liberation troops through Italy in 1945.

Any time in the period from June to August you can live out la dolce vita in Rimini, birthplace of filmmaker Federico Fellini and founded by the Romans in 268 BC on the Adriatic coast. From here, then known as Ariminum, the Roman troops set off to intercept Hannibal’s army. These days, it is accessible from Piacenza via the A1, dubbed appropriately the Autostrada del Sole (Sun motorway).

Rimini is a popular beach resort with Italians, not least as they can take advantage of its 15-kilometer sandy white beach that is neatly arranged with uniform rows of beach beds, umbrellas and huts. It’s a great place for water sports and also near to the independent Republic of San Marino, which is definitely worth a visit.

Popular also for its many restaurants and energetic nightlife, it is also known as the birthplace of the piadina sandwich, a local flatbread usually made with ham and cheese, and zuppa inglese, a dessert with layers of sponge and custard and drizzled with Alchermes, a red Italian liqueur which can also often be seen as an ice cream flavor throughout Italy.

Hannibal passed through Arezzo to get embroiled in the Battle of Casentino, an area near where the river Arno begins. This Tuscan town is great for a walking tour to see Duomo San Donato (Arezzo Cathedral), Fortezza Medicea and the 13th century Basilica of San Francesco.

Italian humanist and poet, Francesco Petrarca was also born here in 1304 and there is a rather beautiful 19th century theater — think lots of red and gold and chandeliers — named after him in the city. In Arezzo, you can also just while away the hours, sipping espresso in the main square, Piazza Grande. And, for anyone who wants to pick up quirky period pieces, dusty heirlooms and fine art treasures, head around the famed antique market on the first Sunday of each month.

Tuoro sul Trasimeno, on the shore of the lake, is across the dividing line from Tuscany into Umbria and just south of the River Po and north of the River Tiber. Hannibal and his troops caused major concern in Rome when they won a key battle here on a particularly foggy morning in 217 BC. Now you can visit the main battle sites around Tuoro where there is a museum and — of course — the obligatory café named after Hannibal himself.

Find a restaurant for lunch with sweeping views over the lake and enjoy good local cuisine, like the regina in porchetta, locally caught carp cooked in pork. Lake Trasimeno is a super location for water sports, bike rides and walks and there are plenty of top attractions including local towns Castiglione, Città Della Pieve, the Rocca del Leone fortress and Isola Maggiore. Perugia, Assisi and even Florence are also easily reachable from here.

Hannibal’s war with Rome ended ultimately in defeat — but not until 15 years later, in the Battle of Zama in Tunisia. For our part, we’ll end our trip here. But we can’t simply stop at Lake Trasimeno: a trip to Rome, just a stone’s throw away, is a must — if only to jump on a flight back home.

Rome itself need no introduction. Between 509 BC to 27 BC the Republic of Rome constructed some stunning architecture including the Colosseum, the Pantheon, the Roman Forum, Domus Aurea, Circus Maximus and Castel Sant’Angelo. When it’s time for aperitivo sip a prosecco outside one of the cafés on the road above the Colosseum, taking in the breath-taking view, and congratulate yourself on completing a truly Grand Tour of Italy.