The Peruvian affinity for panettone is rooted in a long history of Italian migration and cultural fusion. 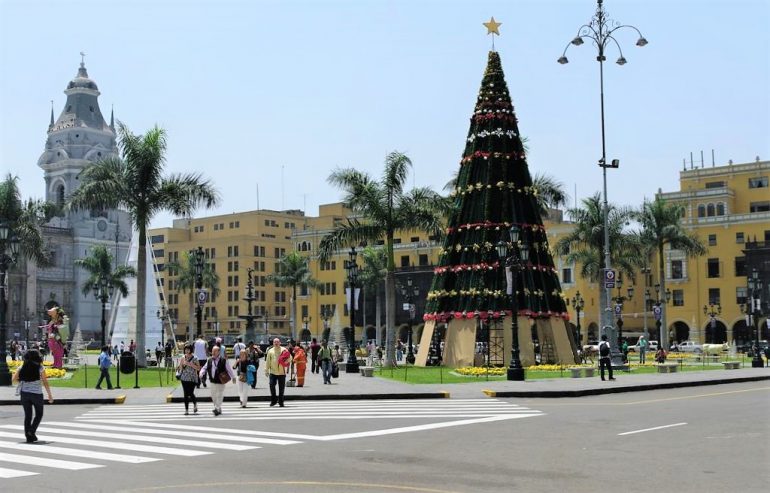 An Italian Christmas dinner is not complete without the presence of panettone on the table. Either served alone or with mascarpone cream, this sweet bread makes an appearance at every Italian supermarket and in every Italian home during the holiday season. Its popularity, however, does not stop at Italian shores. Across the Atlantic in Peru, panettone is enjoyed nearly as much as it is in its homeland. This affinity for the Lombardian dessert may seem unexpected, but it is rooted in a long history of migration and cultural fusion.

Italian presence and influence in Peru can be traced back as far as the 16th century, with Italian explorers and immigrants arriving to the shores of Lima and Callao during the Spanish Colonial era. This initial surge was followed by a wave of Italian immigrants during the Peruvian independence period in the mid 19th century. World War II also saw a movement of Italians to Peru. By this point, Italian communities had been established, replete with local businesses and societies.

The influence of these Italian communities in Peru can still be seen and felt today — in the country’s art and architecture, literature and cuisine. Enter the panettone, or panetón, as it is affectionately known in Peru. Panettone is a traditional Lombardian dessert that is now widely appreciated and consumed throughout the peninsula. Its origins date back to 15th century Milan, where legend has it that, in a pinch of desperation, a young scullery boy made use of simple ingredients to create what we know today as the panettone, or ‘pane di Toni’ — the boy’s name.

These ingredients, though simple, were not all entirely local. The candied orange peel or lemon that is typically included in the bread is not native to the Lombardy region, meaning that it would have had to have been imported. In contrast to many other Italian food traditions and practices, panettone is not bound by delineations or locational limitations. Rather the dessert was a symbol of status and worldliness, as some of the integral ingredients came from foreign lands. This to say that it was naturally adaptable when it became a part of the Peruvian diet as more and more Italians arrived to the country.

Originally, the dessert was enjoyed in its traditional state and called by its traditional name in Peru. However, as time went on, the sweet bread started to take on aspects of its new home, with the addition of local ingredients such as papaya and the nicknames of ‘pan dulce’ or Peruvianized ‘panetón’. Along with other culinary traces such as minestrone (menestrón) and trippa alla fiorentina (mondonguito), panettone has found a special place in Peruvian hearts and stomachs. Nowadays, it is traditionally enjoyed at important holiday celebrations like Christmas and Peruvian Independence Day in July.

Italian panettone and its Peruvian cousin panetón represent a commingling of cultures and a history of immigration. The dessert is still enjoyed in its original fashion, with simple ingredients, but has adapted according to the local additions available to hometown chefs. The treat serves as a sweet reminder of a relationship between two countries unified by bread and candied fruit.