It is time to start talking about — and doing — new things, Stanley. 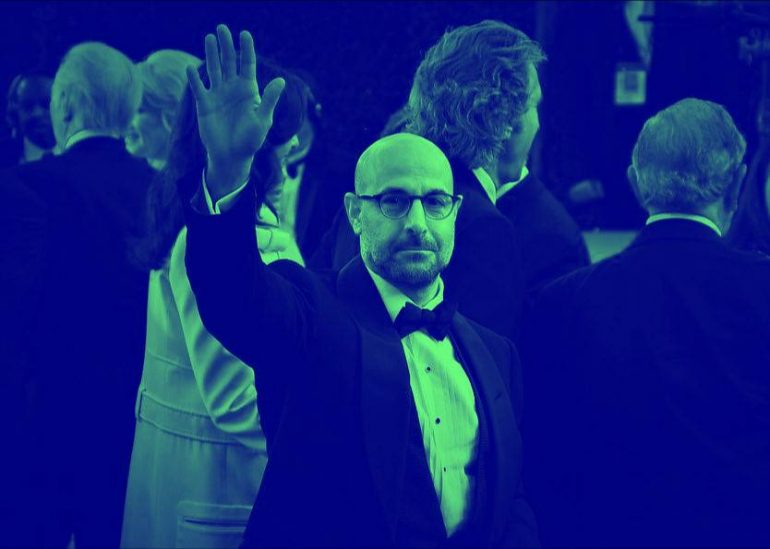 Stanley Tucci carries a pleasant, snarky attitude throughout his series about Italian food, but it is time to start doing new things.

Let’s start this discussion with one salient fact: I speak Italian better than Stanley Tucci does, and he spent summers in Tuscany when he was a kid, which is not something that I did.

And that is fine. Stanley is much better at other things than I am, acting say, and mixing cocktails, I guess, although some viewers quibble with his online tutorials. But apart from these comparisons, what I really want to talk about is Stanley’s latest series on CNN: Stanley Tucci: Searching for Italy, a tour that takes us, episode by episode, through Naples and the Amalfi Coast, Rome, Milan, Bologna, Tuscany and Sicily. You have to take the titles of these episodes with a grain of salt (that’s a cooking joke) because in the Milan episode he makes pizzoccheri for God’s sake, which is a dish from the Valtellina, a valley that is over two hours away, way up in the bracing and blustery Alps and far far away from the murky milanese morass.

Everything that you would expect is there: lemons in Amalfi, carbonara in Rome, risotto in Milano, mortadella in Bologna, beef in Tuscany, and eggplant in Sicily, as well as other regional specialties, which is only right. He carries a pleasant, snarky attitude throughout the series which keeps the whole enterprise from becoming overly romantic, even hagiographic, and so breathes a little fresh air into a tired genre. Still, as one or two critics note in the comments section of the video, it is hard to do this kind of show without the same old tropes being dragged out of the closet. But it is for the most part native Italians who are making these remarks, mostly men who probably deem themselves to be more interested in politics than in culture, and who would rather see Italy presented in a less stereotypical way. Fair enough, but tourists don’t go to Italy to see, I don’t know, the local Motorizzazione Civile office (although that could be really interesting if done right); they go to have a good time and to see and eat things that they do not see and eat at home, and after all is said and done, that is what shows like Stanley’s are all about, if not also a form of armchair travel to fill in during the pandemic.

What I found weird were his small ventures into politics, such as when he brought up the migrant issue while a man in the lakes region was very nicely preparing a tasty dish of fish and rice for him. I don’t see Stanley as a Hollywood type. I guess he is more suburban New York City with a gloss of London now that he is married to his fancy English publisher wife. So I don’t associate him with the kind of liberal politics that comes so easily to people in that particular demographic, and especially the penchant to share it at every conceivable opportunity, regardless of context or social mores. I mean, why bring it up when you are standing right next to a guy who is introducing you to a local delicacy (and it looked really fresh and delicious)? Surely the topic of irregular migration into Italy is a complicated topic, just as it is in the United States, and so surely it is not one to discuss with someone whom you have just met — or so I assume — while he is preparing a meal for you to share, and instead deserves a more considered engagement in a more appropriate setting. I say this not for the sake of the man, who more than held his own in the discussion, but for the sake of the viewers who really did not tune in to hear snippets of Stanley’s political opinions, whatever they might be.

Then again, I guess that is part of the show’s charm, because brief departures such as these, and similar sidetracks in the Bologna and other episodes, keep the whole series from becoming too twee, as London Stanley might now say. But, I wish he would have been a little more enthusiastic in the Sicily episode. I know that he is probably bored to death of talking about timpano, which is the big signature dish in his early hit, Big Night, but the scene filmed around the dining table lacked a little in joie de vivre, and was just a little too Lampedusa on a bad night, to excite a trip to Sicily, which is in fact a highly enjoyable place. Aristocracies all around the world are slowly withering into irrelevance, and if anyone should know this, it should be Buckingham Stanley, or maybe soon to be Sir Stanley, OBE, or whatever honor foreigners can receive, although I imagine he would have to do something more for the United Kingdom than just marrying one of the local ladies.

If you watch the series, don’t miss the pantomime of the local chefs in one scene in which naughty Stanley, with one foot in Italy and one foot still in America, brings up the old bugaboo of drinking a cappuccino after 12 noon. Ooooohhhh! they all wail, contorting their faces to reveal their disgust at such an idea, all while clever Stanley grins like one of the baroque grotesques you will find on your next visit to Scicli (on the Palazzo Beneventano to be precise), knowing that he was fully in on the joke from the very beginning. It is scenes like these that prompt the critiques from the astute young Italians who really want a new Italy, or at least a few pockets of innovation in the old one. I have no doubt that it was this energy and this desire that made Måneskin such a resounding hit, not only in Italy but also now Europe and soon the rest of the world.

Don’t get me wrong, the idea of having a cappuccino after 12 is revolting to me also, and should be to anyone of good sense and good taste, and so it is not something that should change — ever — but we know that already, at least seasoned Italians and italophiles like me (that’s another cooking joke), and so it is time to start talking about — and doing — new things.