Can Handwriting Have A Role In Digital Era Italy?

How the evolution of handwriting shaped and continues to shape the Italian society. 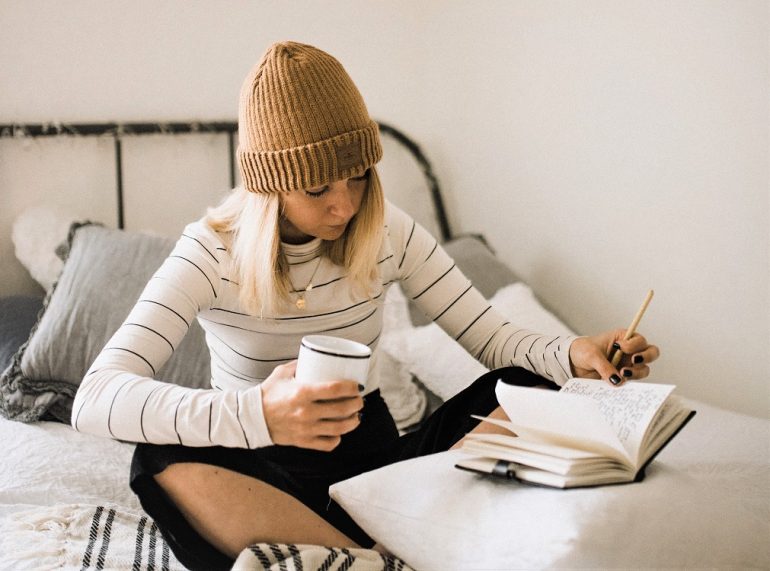 The evolution of handwriting in Italy — and the study of this evolution — is none other than the study of the country’s civilization and identity. It is a fascinating reflection on humanity’s continuous quest for ways to tell, learn and teach in forms that will last long after the lifetime of the teller. Calligraphy, the visual art that perfects the design of letters, and handwriting, the form of writing peculiar to each person, are like a beautifully illustrated postcard embellished with the personal message from the writer that makes the missive even more appreciated.

Unlike music, which has, for the most part, a standard notation across cultures and mathematics which Galilei spoke of as “the language in which God has written the universe,” writing, in the generic sense, has not evolved as a one-size-fits-all recreation of the sounds produced by the human voice, or by the elements, or by nature in general. Speech developed differently among different peoples and at different times. Oral sounds common to one language may be alien to another. So it was with the development of writing. Each script is optimal for the complexity or otherwise of the language it represents and for the functions it has evolved to serve and will go on serving.

The purpose of handwriting

The British philosopher and linguist Eric Havelock (1903 – 1988) devoted most of his work to addressing a single thesis: that all of Western thought is informed by a profound shift in the kinds of ideas available to the human mind at the point in the 5th century when Greek philosophy converted from an oral to a literate form.

No evolution takes place in a vacuum. As an example, in the Europe of the Protestant Reformation the value of literacy was part of the broader need to spread the reading of the Bible to as many people as possible, This spawned the need to educate more people to carry out this function which, in turn, gave others a new vehicle to bring narrative other than religious instruction to a wider reading publing. Literacy gradually became tied to schooling and, by the end of the 19th century, in most European countries six years of education was considered the norm to achieve basic or functional literacy.

The evolution of handwriting for the masses in Italy

My intent here is to jump on board this interminable train at a point where Italy starts to play a major role in the development of handwriting. In his publication The Role of Calligraphy in the Italian Schools of Modern Times, the author Francesco Ascoli mentions a booklet Elementi di Calligrafia written by a priest from Lugano, Francesco Soave, and published in 1786. It quickly spread all over the peninsula. Other methods followed, among them the Carstairian Method of Penmanship by an English scholar who went so far as to propose that the pen be tied to the children’s hands to improve their handwriting skills.

The Casati Law of November 13, 1859 can be reassumed in the need to teach children to “read, write and make calculations” in a free four-year obligatory school course provided by the comune or local administration. Despite the obligatory clause, there were no sanctions for inobservance, so many poorer families opted to continue with the old ways with their children helping them in the fields or in their workshops. Society itself was learning to discriminate. This school period was later extended to five years and by 1894, an exam in calligraphy at the end of the fifth year was part of the final testing. What was examined? Posture, distance between the eye and the paper, how the pen was held, the condition of the copy book, a piece of good handwriting produced by the pupil.

These elements became part of a dispute between teachers and doctors, who argued about whether the vertical lines should be straight up or slanted to the right as had long been the tradition. In 1905, a treatise on near-sightedness and upright handwriting by French ophthalmologist Louis Emile Javal became a benchmark on the topic. The push to a standardized approach can be summed up in the words of the French writer George Sand Écriture droite, papier droite, corps droit (Straight writing, straight paper, straight body). Even so, not all educators were willing to make the change and, eventually, after observing many children writing in different settings, it was agreed that more space should be given to personal inclination. It was not until the 1945 education program proposals that the upright model was sanctioned as the accepted model.

The Montessori method of education was developed in the last years of the 19th century by the Italian physician and educator Maria Montessori (1870 – 1952) The first school using her methods, La Casa dei Bambini (The Children’s Home), opened in Rome in 1907. The Montessori method emphasized the independence and the natural curiosity of the child while discouraging standardized testing and grading. It is still in use worldwide. A famous Montessori quote says: “One test of the correctness of educational procedure is in the happiness of the child.” Not very much in line with the Italy of World Wars and Fascism.

In 1911, the Daneo-Credaro Law established that elementary schools would be financed by the State and no longer solely by the municipalities. The years of the Fascist Regime saw a swift change in education orientation. Reading and writing went from being aesthetic to utilitarian. Education became standardized as is seen in the replacement of calligraphy and art, two seperate disciples, with writing and drawing as a combined subject so that fewer hours were dedicated to both. So, too, with the combining of singing and reciting into one subject.

The Gentile Reform of Italian education in 1923 brought about major changes in the system, resulting in a divide between the formation of professors, researchers and the managerial-administrative class in classical schools, and of the working class in professional or vocational schools. Handwriting was replaced by spelling books in these latter. Shorthand, invented by Sir Isaac Pitman in 1837, and typewriting, invented a while later, became part of the vocational curriculum. In the Magistrale institutes, whose main function was the formation of future teachers, calligraphy disappeared as a curricular subject and handwriting was considered to be the vehicle to transmit content, namely writing in Italian. Calligraphy teachers were forced to reinvent themselves and find other openings as stenographers or engravers. Then, after World War Two, the Educational Programs for the rebirth of national life insisted once again on the inclusion of calligraphy in primary schools.

One of the biggest breakthroughs in handwriting was the biro that replaced pen and ink. Although patented to an American John J. Lourd in 1888, it was invented as we know it in the 1930s by Hungarian inventor and journalist László Biró, who fled to Argentina and whose name became symbolic with the product. The biro marked a watershed in handwriting. When it was mass produced in America after the War, it became an immediate must-have accessory. Time Magazine reported that “thousands of people all but trampled one another to spend $12.50 each for a new pen.”

Later, the French Bic (from the name of the founder Marcel Bich) introduced to the market in 1950, became the first affordable mass-produced pen. It changed how people approached writing. In Italian schools, even the Bic had its detractors and was not introduced in schools without norms and debates expressing regret for the demise of the pen and ink system used for so long. Thanks mainly to the Bic and the ease of producing text without smudge, a surge was seen in handwriting, and the horrific stories of teachers caning pupils for blotting their copy books were relegated to folklore. Maybe because of this easier way of writing, in the 1985 school reform, words and sentences — not lines, curves and letters — became the starting point. Another about turn, going from the generic to the specific.

Autonomy and Freedom of Choice

In 1999 we see yet another change, Autonomia Scolastica, meaning the single institutes were given margins of leeway to choose content and timetable organization within a loose framework indicated by the Education Ministry. On the Autonomia document many experts pointed out that there was a notable absence of guidelines for handwriting standards and that communication in writing was becoming more and more absorbed by technology.

The indications in Italian Education policy in 2012 — and again in 2018 — continue along these lines. However, educators are nothing if not realists. There is no going back to the quill or to the pen and the inkwell, no going back to pages of straight and curved lines all eqidistant and all perfectly formed. They belong to another era, to another forma mentis.

The renowned Italian author Umberto Eco (1932 – 2018) wrote an article entitled The Lost Art of Handwriting in The Guardian on September 21, 2009, stating his regret that handwriting had lost its soul. An ongoing topic that has yet to be proven or otherwise. Hand lettering is in fashion among young people. They say it personalizes or customizes their writing and is a refreshing change from the computer produced effect. Many YouTube free calligraphy tutorials are booked as soon as they are publicised, another sign that the art of calligraphy is enjoying a revival and will live on.

A postscript. I recently met an Italian businessman who said he indicates to prospective job applicants that they handwrite their application letter as, in his opinion, handwriting mirrors the candidate’s personality, organizational skills, education, dedication and reliability to a much greater degree than an oral interview can.