I am glad to see that those who raise the Italian American banner on the identity politics battlefield are mostly ignored. 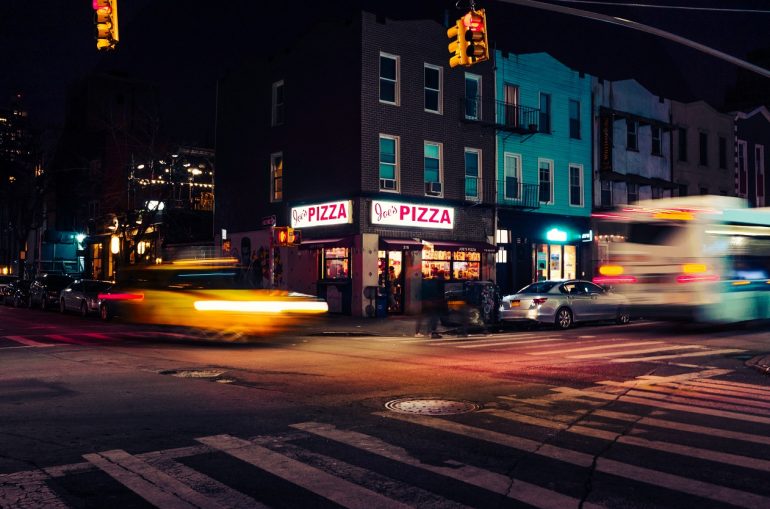 Every once in a while a controversy will arise that inflames the sensibilities of some Italian Americans. Maybe it is a threat to remove a Christopher Columbus statue from a public location. Maybe it is an engagement with the Super Mario Brothers characters or another macaronic figure. Maybe it is a reference to a mafia type, the kind that constantly tries to loosen his stiff neck while saying ‘dese’ and ‘dose’ and other words that owe more to the dialects of the eastern seaboard than to one found in Italy. “We are not like that,” Italian American advocates cry. “Why are we the only ones who can still be caricatured while all other forms of ethnic stereotyping have long since been eradicated from the media?”

I always find myself standing outside of these discussions, to the extent that they ever develop as such. Often they seem to begin and end as opinion pieces in an online media site or pop up as tweets that gather a handful of likes and maybe one or two responses. Sometimes they come as formal complaints filed by one or more Italian American groups against whatever source created and disseminated the offending image or portrayal. I can only assume that I am in the majority in feeling that anti Italian Americanism is not a serious problem, or at least not one that affects me personally or anyone that I know in a serious way.

Or maybe I do not move in the right circles. Maybe there are Italian Americans who see this aspect as an essential part of their identity, and to see it mischaracterized causes real pain and insult. If I did meet such a person, I would respond with interest and sympathy, because no one should be subjected to that kind of degrading treatment.

At the same time, I can’t say that I connect to Christopher Columbus in that way. You would think that being partially of Genoese descent that I would be especially vulnerable to Columbian insults, but of course it does not work this way. No one typically thinks of Columbus as a representative of Genoese culture, not even if they peer carefully at the trademarked depiction wrapped around a Columbus salami. There may indeed be a kind of salame that is produced in Genoa, its hinterland, or some other part of Liguria, just as there are types of salame that are produced throughout many of Italy’s regions, but what relation that has to the American product, to Italian Americans, even those of Genoese descent, is hard to say, and how all of that circles back to Columbus and his legacy is even more obscure.

Of course, the serious discussion about Columbus is that he is an important historical figure who should be recognized as such; maybe he should not be celebrated but neither should he be erased, or at least that would be a modulated engagement with his legacy. But my salami discussion should not be entirely discounted because the current American comestible bears as much relation to the traditional Italian product as a statue of Columbus does to the historical person and accurate understandings of his historical agency, and in my opinion neither entity matters all that much, particularly as a source of any genuine and valuable Italian or Italian American identity.

Similarly, I cannot regard the Mario Brothers or any of the mobster characters as being meaningfully Italian. I see the superficial markers of ‘Italian’ and ‘Italian American’ in some of their characteristics, but these are learned almost entirely from the depictions themselves. No Italian American I know has such a big mustache or speaks with the carefully wrought euphemisms of a wise guy. And I know many Italians and Italian Americans, and as is always the case, real people are more interesting and nuanced and influential on my identity than anything I see on television or online. Does anyone really confuse the two registers so that they have to cry foul when one departs from the other? I suppose there are scientists who tut tut the fantastical abuses of the laws of physics in action films, but of course any sensible person would regard them as lacking in the kind of sophistication that allows the rest of us to distinguish film from reality.

So I am glad to see that those who try to raise the Italian American banner on the identity politics battlefield are mostly ignored, because what right minded Italian American would want to get snarled up in that mess? There are women I know, and Asian Americans and Blacks and Mexicans and Gays and members of other ethnic, gender and orientation groups, who are friends and colleagues of mine, who never play the grievance card. As one woman said to me after being harassed by some idiot on the street: “I know where I’m going.” In other words, she did not care what stupid and unsophisticated people said to her or how they saw her or depicted her; she knew who she was and that was all that mattered.

I think most Italian Americans are the same. Being Italian or Italian American means having inside of you a certain collection of ideas and attitudes and experiences that somehow engage with the idea of Italians and their diasporas throughout the Americas, including historical and remembered and imagined representations of the people in these diasporas, and of course landscapes and products of those landscapes, and so on. Some of these representations have established themselves as stereotypes and we can choose to either take offense at them or just laugh them off.

I was once speaking with a colleague, a professor who teaches at an Italian university, who came to my former institution to give a talk and teach a course or two. As we were talking, he became mildly agitated, Recognizing this signal, I told him he could smoke, but that he would just have to go outside to do it. He smiled and shook his head. “I don’t want to play the Italian,” he said.