Rome remains mute on the repression of journalists in Belarus. Perhaps it is because our own record of journalistic integrity leaves much to be desired. 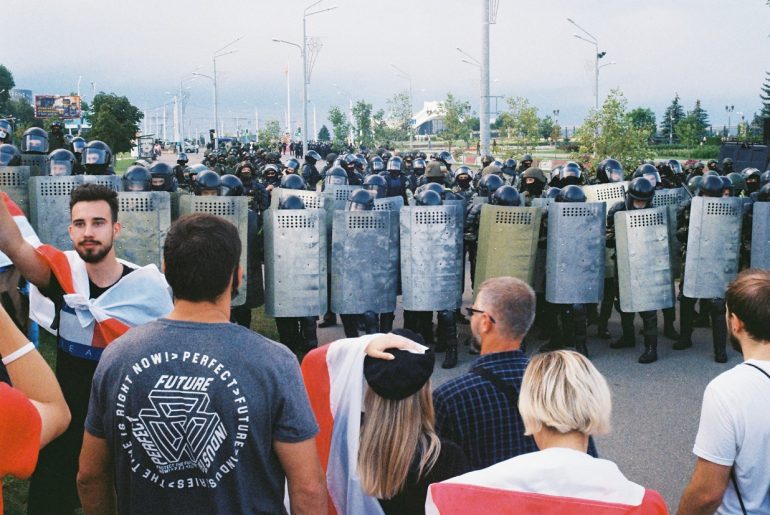 For the last month, the country of Belarus and journalist Roman Protasevich have been fixtures on the international news circuit, less for their virtues than for the controversy surrounding them both. On May 23, a Ryanair flight carrying Protasevich and his partner Sofia Sapega was diverted to Minsk just before it reached the Belarusian border. A MiG-29 escorted the jet to Minsk under the pretense of a bomb scare: the plane finally landed in the Lithuanian capital of Vilnius more than seven hours after its scheduled arrival, with no evidence of explosives and without Protasevich and Sapega aboard.

The Belarusian journalist in exile and former director of the Nexta news channel was taken off the flight and detained in Minsk, as he was wanted by the Belarusian regime for organizing last year’s protests against President Alexander Lukashenko. By June 3, Protasevich was paraded on Belarusian public TV where he praised the regime and withdrew his support for opposition leader Svetlana Tikhanovskaya. Those with knowledge of the conditions under which he was detained compared it to a hostage video, and condemned the Belarusian government for their treatment of Protasevich.

The international dimensions of a domestic crisis

The detention of Protasevich and Sapega marks the first time that a third country hijacked a civilian flight linking two European capitals — both of whom are members of NATO — with the aim of arresting a dissident. This was an eye-opening moment for Europe: Belarus showed that it was not only willing to sequester its citizens but would do so in full view of the international community. After one year of protests and demonstrations against the regime and the violent repression with which they are being met, it may well be about time that the world began to take notice. Currently, Belarus is holding 258 political prisoners and 35 million dissidents. Getting arrested in Belarus is quite easy, and getting discredited is even easier. Many pro-Russian channels have called Protasevich a neo-Nazi, using the same tactics that helped smear Alexei Navalny. Being an independent journalist in Belarus is no laughing matter, and the Ryanair hijacking has made that abundantly clear.

The EU has condemned Belarus’ behavior since protests began, but with human rights and international relations now in question, they have been forced to act more decisively. That answer finally came on June 10, when the European Parliament called on the EU to punish those involved in forcing the plane to land in Minsk, as well as the detention of Protasevich and Sapega. During the recent G7 meeting in Cornwall, member states reiterated their strong stance towards Russia and its interference in the democratic systems of other countries. Subsequently, they agreed on sanctions beginning with the state-run airline and released a statement that called for further efforts to support democracy, independent journalism and human rights in Belarus.

Of course, sanctions and harsh statements could backfire as much as they could apply necessary pressure: Lukashenko’s regime is weak, and further economic hardship could lead Belarus to fall entirely under Russian control. Moreover, sanctions might serve to hurt the people of Belarus as much as, if not more than, the government that they’re trying to oppose.

So, how much do Italians really need to concern themselves with the Protasevich affair? Apart from the not-so-abstract principles of human rights, protection for independent journalism, and freedom of expression, Italy relies heavily on petrol from Russia, as do many of its neighbors and allies. Balancing democratic principles and economic necessities is always a delicate balance, and in these tenuous times, the Italian government has little taste for a fight that would put their forecasts for economic recovery into jeopardy. EU sanctions could motivate both Belarus and Russia to halt oil exports or opt for strong measures that could impact many countries in Europe. This, of course, is politics, and it is why it is rarely for the faint of heart.

Popular support has largely come from the most unexpected yet most poetically fitting public spaces in Europe: airports. After EU Parliament President David Sassoli, himself a journalist, voiced his support for Protasevich, airports in Brussels, Vilnius, Vienna and Malta among others have also shared posters with the slogan of the #FreeRomanProtasevich campaign, calling for the immediate release of the journalist and his partner. In Italy, the Falcone e Borsellino International Airport in Palermo has shown its support by posting on social media and exhibiting photos of Protasevich. By and large, however, Italy remains mute on the repression of independent journalists in Belarus and Russia. Perhaps it is because our own record of journalistic integrity leaves much to be desired.