Does Mario Draghi Have What it Takes?

Supported as leader by the majority of Italians, expectations of Mario Draghi are high. But are we asking too much of him? 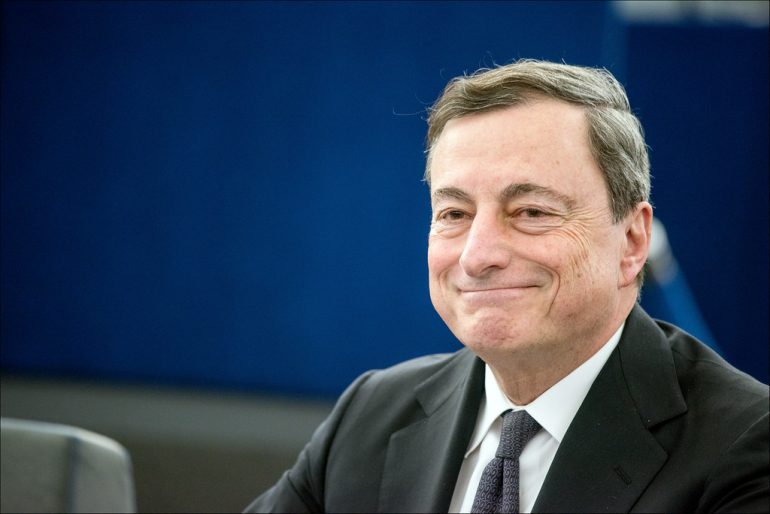 As Italy’s first lockdown hit last year, we at Italics praised Conte for being the leader Italy needed. “Conte is the prime example of how Italians had lost the idea of what a good leader meant,” we wrote. “After years of blabbering promises from politicians, finally a person who truly represents Italy has taken charge and is gaining some respect for it.” While the ever-changing state of Italy’s politics makes us famous globally, Conte has since fallen, and many expect even greater things from his successor, Mr ‘Whatever It Takes’.

But will Italy still have the leader it needs? Many think so. But, routinely described as the “savior of Italy,” are we expecting just a little too much of Mario Draghi?

Mario Draghi is known as the man who saved Europe. In 2012, as President of the European Central Bank, Draghi’s famous words, “whatever it takes,” signaled the beginning of the end of the crisis in the Eurozone. His words rallied the markets, brought confidence, and made Draghi the apparent savior of Europe.

Now, Italians, Europeans, and commentators around the world are expecting Draghi to do similar things in Italy, a country experiencing a number of simultaneous crises. Before he was made PM, a majority of Italians supported his appointment, convinced by his CV and by his agenda focused on health, the economy, and the fiscal crisis. The impression was, it seems, that his reputation could give him — and therefore Italy — greater clout on the international stage.

Many international columnists seem to agree, and his forthright remarks at G7 suggest that he has the seriousness that Italian leaders before him lacked — give us a wave, Berlusconi! However, his attention may be better paid in the domestic arena, where another recent poll has indicated that, if Italians were to vote in a general election, it would bring in a far-right government with Giorgia Meloni’s Brothers Of Italy at the helm. While many Italians are glad that Draghi is their leader, many are not impressed by his technocratic credentials. As some have pointed out, this might lead to “political squabbles” down the road.

Draghi’s demeanor aside, his current results have been admirable. He has sped up Italy’s vaccination process for one thing, and his administration has confirmed 40% of the EU’s recovery funding to the country.

Yet, away from the big headlines, Draghi seems to have set his sights on the historic inequalities between Italy’s north and south. One project has drawn attention: a local project to reconstruct Le Vele, a forgotten area of the south of Naples, which is home to hundreds of poor families. Meanwhile, another project includes mapping three new high-speed rail lines to connect people to the southern centers of activity as a modernization system. While every Italian leader has sought to ‘fix’ the problem of the south, many believe Draghi may actually do it.

Expectations, then, are high. But there are concerns regarding what to expect from Draghi’s leadership. The group of ministers Draghi has chosen for his cabinet has not been well received, with 54% of Italians wanting more balance between political (read ‘elected’) and technocratic (‘unelected’) ministers. While it is Draghi’s prerogative to choose his ministers, a good leader should be able to coordinate them. Many of those he has chosen are known to have argued in the past. For Draghi to deliver on all that is asked of him, these disputes need to be put aside. Italians need this and deserve this.

This all makes Draghi a complex figure. Expectations of him are high, yet every action faces huge amounts of scrutiny and criticism. He substituted a well-liked prime minister in what was a cynical political move. Yet, so far, he has carried out his work with greater class than his predecessors. At the same time, while many trust in his experience, others have noted the unconventional manner of his communication methods.

Ultimately, we need to wait to see whether our expectations will be fulfilled. Italy has long wanted a leader who could properly represent the country. And, while Conte did a good job, Draghi’s knowledge, experience, preparedness, and objectiveness — and his ability to honor us abroad among other political leaders — might just make him the leader we were looking for.

It is time Italy’s image, political, and society are done some justice. And, to my mind, we are, so far, on the right track.