The creation of Lamezia Terme was the vision of Arturo Perugini, an Italian Senator during the 1960s. Has his project been succesful? 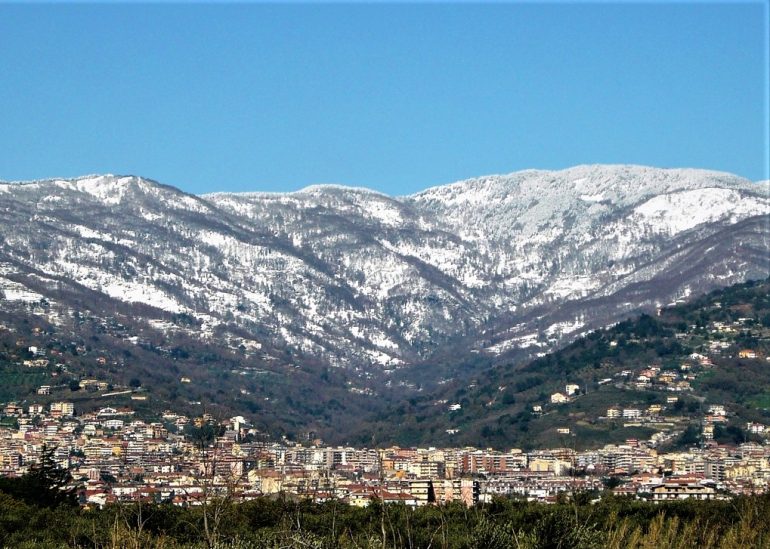 If you left Lamezia International Airport in a hired car or taxi on your first visit to Calabria and saw a signpost at a junction indicating Lamezia Terme in two or three different directions, you’d be forgiven for swearing. But look at the signs again. You’ll see Lamezia Teme and, in smaller letters, Nicastro or Sambiase or Sant’Eufemia, and the three are all part of the One. A trinity, if you like. The creation of Lamezia Terme.

Some people have heard of Lamezia as a travel hub, but it’s so much more. It’s the dream of a man: Arturo Perugini, an Italian Senator who, in 1968, overcame criticism and disagreement and saw his vision come into being by creating a linchpin right in the center of Calabria, around which the entire southern region could rotate culturally, socially and economically. For centuries, three adjacent towns or comuni, Nicastro, Sambiase and Sant’Eufemia, had their own local administrations and their own specific roles on the chessboard that is Calabria. The populations also had their specific identities, their own pronunciations of the local dialect, and the customary innate rivalries that go with living in close proximity. Senator Perugini believed that these potential difficulties could be overcome and were worth sacrificing for the greater ambition.

Briefly, Nicastro, from the Greek Neokastron (New Castle), is the largest. In pre-Christian times, it was part of the Byzantine or Eastern Roman Empire whose capital was Constantinople. It was an important crossroads for military and commercial activity. The area was conquered by the Normans in the 11th century and an imposing castle was soon built on the site of the ruins of an existing castle. It dominated the entire Gulf of Sant’Eufemia, facing west to the Tyrrhenian Sea. Along with the castle, a Benedictine abbey was erected. Together, these buildings symbolized military and religious domination. The architectural wealth of Nicastro was gradually lost in recurring earthquakes over the centuries, the biggest in 1638. In more recent times, the main secondary schools were concentrated mainly in Nicastro, as were the town hall and offices. However, nowadays, new public buildings tend to be built in areas adjacent to all three parts of Lamezia.

In 1968 Sambiase, situated west of Nicastro, was a thriving town with a population of about 18,000. It too can be traced back to Greek origins. The history of Sambiase tells of a rich community, surpassing Nicastro. Its main sources of wealth were and still are agriculture — predominantly olive oil and grapes. It has a large share of the production of the whole southern regions.

The oldest settlement of the three was the Greek city of Terina, whose ruins were excavated in 1997. The city of Terina is linked to the myth of Ligea, one of the three sirens of Homer’s Odyssey. Other material evidence of the presence of an ancient settlement in the area of Sant’Eufemia dates back to 1865, when a gold diadem and a treasure of jewels of the 4th century BC were found by chance. At the end of the 19th century, this treasure was sold to the British Museum of London, where it is still preserved today. Much of Sant’Eufemia was destroyed in the 1638 earthquake. The modern town, adjacent to the railway, grew during the Fascist era after the drying of a marshy area. The flat, coastal location of Sant’Eufemia made it suitable for transport development. The railway station, on the main line leading from Reggio Calabria to Naples, is a major terminal for passenger and goods traffic. Lamezia Terme International Airport was built in 1976 in the Sant’Eufemia area. Management of this threefold hub and spin-off activities have seen the increase in population  of this part of Lamezia.

Lamezia Terme is today one of the larger towns of Calabria with a population of  70,891 according to the 2017 census. The first part, Lamezia, recalls the name of the Lamato river and was, in fact, the name of one of the first settlements there from the 10th-6th centuries BC. The second part, Terme, refers to the sulphurous waters in the Caronte area close to Sambiase that were known from antiquity for their healing powers. Today the Caronte Thermal and Mud Baths are integrated into the Calabria Regional Health System and renowned as natural cures for bronchial and skin ailments. At the creation of Lamezia Terme in 1968, the Cataldi Family was granted a licence to run the spa. Over 50 years later, it is still run as a thriving enterprise by the Cataldi family.

If you have a penchant for visiting historic ruins, the remains of churches — of which a guidebook lists 20 — and once elegant palazzi and mansions that evolved over the centuries in line with tendencies and fashions elsewhere in Italy, can be found in the old parts or centro storico of Nicastro and Sambiase, and of course in the numerous borghi in the Lamezia catchment area. If you like visiting villages that ooze old-world charm and are foodlovers heaven, or cycling and walking trips with breath-taking scenery, you will find them by the score in the mountainous areas that rise abruptly behind Lamezia.

Has the creation of Lamezia Terme been completed? It’s getting there. Football teams with names such as Sambiase 1923 and Vigor Lamezia may compete as arch rivals in the same category, while the Raffaele Lamezia male and female volleyball teams will have loyal followers with no distinction between districts. The same is true of the many other sports clubs that abound and that have helped integration and unity. Local identity is strong only when one is inside one’s locality. Outside their regional confines, I think most people who have Lamezia Terme on their identity card would answer this if asked the name of their town of origin. Having said that, the students attending a Liceo or an Istituto Tecnico will say Nicastro, if asked where their school is. In some instances, where there might be a risk of misunderstanding, people might automatically say The Nicastro Cathedral, the Sambiase Agricultural Fair, or the Sant’Eufemia station. As we said, it’s a work in progress.

Lamezia Terme was a genial creation which contributed to the socio-economic growth and relevance of the area. When Lamezia Terme Airport was inaugurated in 1976 it was given this name despite some insistence that it be called Aeroporto di Catanzaro. The motorway exit indicates Lamezia Terme as does the main railway station. The adjoining roads between the three original towns have gradually absorbed the once identifying and dividing agricultural land and are now part of the extended urban conglomerate. These are the facts that, more than anything, have helped nourish Arturo Perugini’s dream.

Perhaps what is missing is the feeling of belonging to Lamezia Terme as one does to one’s birthplace or rione. The words heart and soul don’t fit perfectly when identifying with a city that did not evolve over time through the intermingling of families, neighbors, friends, commercial, religious, cultural and recreational activities, but was assembled as an almost abstract territorial formula where the ‘people’ were secondary to the concept itself.

Dishing this up to communities with that particular southern Italian temperament turned out to be a hurdle the politicians most likely hadn’t envisaged and it’s taking longer to overcome than the experts thought it would. It could be an interesting case study into how deep identity, belonging and roots go. It can also be mesmerizing for people who come and visit, or who decide to move to Lamezia Terme. Perhaps the signposts are still needed.