The Italian side will lunge for gold at Tokyo's Olympics this summer, in hopes that their fencing team has that magic touch. 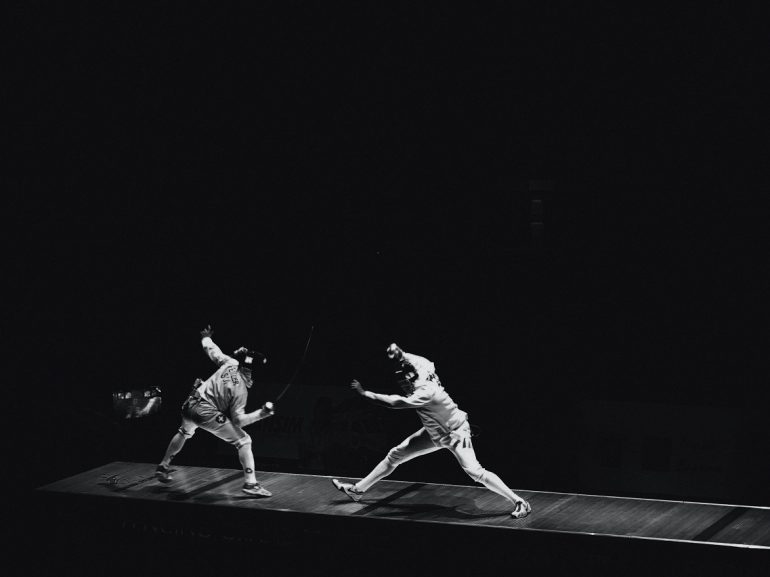 Among the many aspects of life affected by the COVID-19 pandemic were live sporting events. Tournaments were cancelled and events postponed, leaving a wake of frustrated sports fans. As the world attempts — and hopes — to reintroduce remnants of pre-pandemic life, eyes are on Tokyo as it prepares for the largest traditional gathering of athletes at the 2021 summer Olympics. Obviously, this event does not come without its complications. Many are wondering how a country with only a small percentage of its total population vaccinated will be able to facilitate an Olympic tournament and host thousands of athletes and their trainers, not to mention staff and volunteers.

The International Olympic Committee (IOC), however, is committed to moving forward with the Games, despite the country’s sweeping disapproval of the event (83% of the Japanese population is against holding the Olympics in their country this summer). Japan continues to prepare for the event, only 6 weeks away at this point, and have set a number of stringent measures to curb the spread of COVID-19, including testing, masking and social distancing protocols. Vaccines will be made available for athletes travelling to Tokyo this summer, and upon arrival, teams will not be permitted to tour the city outside of their events and training sessions.

This new athletic frontier has given countries an opportunity to not only prepare for the Games, but also to reflect on their own Olympic histories. Having participated in every Olympic Games since its inception in 1896, Italy has an illustrious past when it comes to the event. The country is ranked 6th in the world on the medal board and hosted the Olympics in Rome in 1960. Top sports include cycling, athletics and shooting; however, the country’s highest performing event is fencing. Italy boasts 125 medals in the sport and is home to one of the top tier fencing programs in the world.

Fencing can be considered one of the oldest sports known to man, as it stems from the ancient practice of dueling. Dating as far back as the 11th century, duels were utilized to settle matters and defend honor. Men would meet in open spaces, each with a few witnesses or ‘seconds’ in tow. They would aim their weapons (first swords then later pistols) at each other, and whoever was left unscathed was considered the victor. Scars on the face from these matches were viewed as badges of honor.

This violent practice evolved into recreational sport, and the first official book about fencing came from 15th century Spain. Early fencing migrated to Italy at its southern shores and quickly spread throughout the boot. Taught alongside university courses in academic hubs such as Bologna and Venice, fencing became an integral part of the collegiate curriculum and attracted students from everywhere. Over time, the sport developed nuances, and became known for its three main schools of practice: the French, the Spanish and the Italian. What we know today is that modern fencing originated in Renaissance Italy and was officially practiced as an ‘organized sport’ at the end of the 19th century.

The rules of fencing are fairly basic: jab your opponent with your weapon whilst avoiding a jab yourself. In the early days of the sport, opponents would shout “touché,” if they had been touched during a match. Of course, this was based on the honor system which was only so reliable. At the Olympics, the match is “contested over three three minute rounds, with the winner being either the first to 15 points or whoever has the most hits after three rounds.” The sport has been an Olympic event for men since the first Games in 1896. The women’s individual and team events were added in the 1920s and 1960s, respectively. Before the electronic equipment was introduced to track hits at Berlin’s 1936 Games, judges would station themselves behind each athlete to discern whether a touch had occurred. Nowadays, modern fencing consists of light-up helmets and tracing technology connected to the sabre, épée or foil (types of swords). Who needs honor when you have advanced technology?

The objective of fencing may seem simple enough, but the sport itself requires much training and discipline. Italy’s fencing association, Federazione Italiana Scherma (FIS), was founded in 1909 and has produced top fencers for the Italian contingent at the Olympics for many years. Most notable of these fencers have been Valentina Vezzali, Nedo Nadi and Edoardo Mangiarotti. Vezzali became the first woman to win 5 gold medals in fencing at the 2008 Beijing Games. Mangiarotti was one of the winningest fencers in history, with 13 Olympic medals and 13 world championships under his belt. Naturally right-handed, Mangiarotti’s father, a fencing instructor himself, encouraged his son to fence left-handed to throw off his opponents. Nedo Nadi is the only fencer in history to win gold medals in all three of the weapons (sabre, foil and épée).

Keeping this influential and masterful history in mind, the Italian side will lunge for gold in Tokyo this July. Italians anxiously await the ‘en garde‘ at this year’s Olympics, in hopes that their team has that magic touch.