What lies in store for Italy at Euro 2020? Suffering fans, no doubt. As the tournament kicks off, Italics assesses the Azzurri's chances. 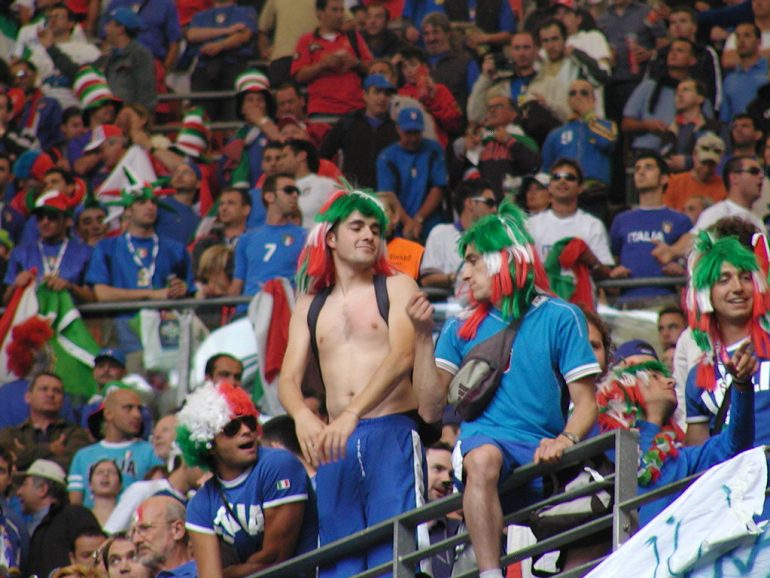 Everything is ready. On Friday, June 11, at 9pm CET, Italy will take the field against Turkey in Rome for the start of the Euro 2020 adventure. This is already quite an achievement, let’s admit it, after the drama of failing to qualify for World Cup 2018.

For those who don’t know, it’s crucial — although perhaps a little uncomfortable — to remember that the fate of the national soccer team is not only a very important issue for Italian public opinion, but also a question of self-esteem. Yes, the destiny of Italy has seemed, since time began, indissolubly tied to that of the Azzurri.

A victory for Italy at Euro 2020 would mean boosting a weak national pride, and absolving every political drama and social problem on the altar of the victory. At the same time, losing would mean exhuming and affirming all the country’s slights, its low self-esteem, and its chronic inability to succeed.

What football says of a country

The irony is that, by tradition, the national soccer team has been through dramas and joys so extreme that they seem almost like from a movie. On the one hand, the penalty kick that Roberto Baggio missed during the 1994 World Cup final, uncovering the player’s fragility but also that of the country. On the other, the resounding victory of 2006 that, after the betting scandal, put everything back in place. Italians are good people, we could believe once more, they even win the World Cup.

More recently, Italy has had similar ups and downs. There was the disappointment of the 2010 World Cup, when Italy did not even make it past the group stage. Then, at the 2012 European Championship, we actually made it to the semifinals, thanks to Mario Balotelli. After this, Italians became good people once more. We all found ourselves saying how beautiful and strong Italy was thanks to multiculturalism (conveniently forgetting the racist chants at the stadium and the throwing of banana peels).

And then to 2018. An utter tragedy that spoke of a wider crisis in Italian sports — and perhaps in Italian culture as a whole.

According to the predictions, things shouldn’t go too badly for Italy. Competing against Turkey, Wales, and Switzerland, the Azzurri are expected to pass through the group stage with relative ease — unless the unheard of happens. Perhaps Turkish players will steal talent from the Italians in Space Jam style, Mancini will show up dressed in a jumpsuit, or else Donnarumma will forget to put his hands in his gloves. In Italian football, nothing is too surprising anymore.

In short, passing the group stage seems within the boys’ reach. And if it doesn’t happen, we can cry “scandal,” while a cloud of depression envelops the country that would reach even the most untouchable Mario Draghi. However, passage to the last 16 will not be greeted with great joy, but instead with relief and a sense of having done one’s duty. Losing, on the other hand, would be unforgivable, like eating overcooked pasta or pizza with pineapple: a disappointment uniquely felt by Italians.

That makes the quarter finals the minimum objective. At this point, our nation’s sworn enemies make their approach. If we’re entirely honest, it would be better to dodge them than to meet them head on. In short, if France or Germany can be defeated (preferably by someone else), while passing through the round would be very difficult, Italy still has a chance.

A place in the last four would tickle the fancy of even the Italians who believed themselves uninterested in the sport. Bar talk would be colored by dreams and fantasies of victory, and the hope of seeing the national team win something would grow out of all proportion. The general mood of the Italians would recall the one that preceded the arrival of the Draghi government: blindly hopeful. But as Draghi has taught us, high hopes bring bitter disappointments.

And so the final. Can we dream? Losing at this stage would leave a bitter taste in the mouth, like drinking coffee in a foreign land or like “arriving in Rome and not seeing the Pope.” But winning! Winning would mean baths in fountains, unforgettable choruses and the feeling that for once, with much effort and sweat, Italy too has its place in Europe — at least until the next government.