The gallery is one of London’s smaller museums, but it houses one of the most important collections of Italian modern art outside Italy. 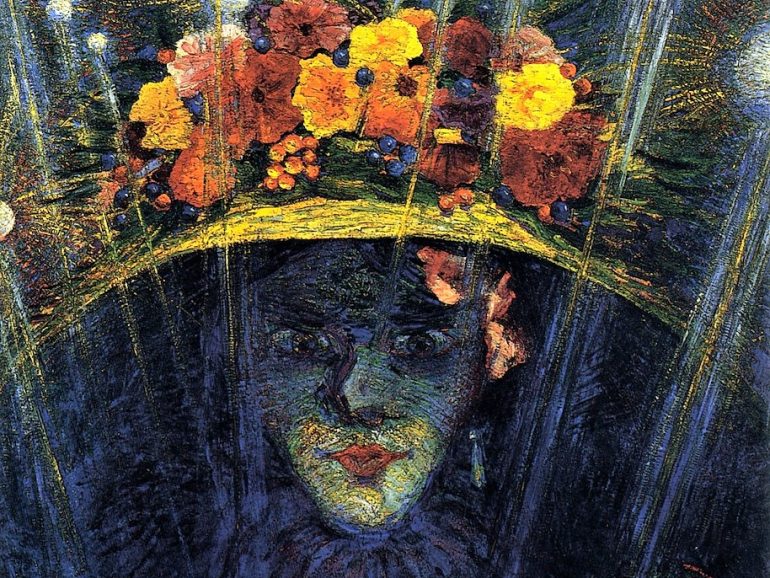 The Estorick Collection of Modern Italian Art is housed in an imposing Georgian mansion overlooking Canonbury Square in Islington, north London. Spring has finally arrived and the square and its surrounding streets are awash in greenery. It’s an appropriate setting, as the museum comes back to life, re-opening its doors to the public after a challenging and lengthy lockdown. It hasn’t taken long for a steady stream of carefully socially-distanced visitors to return.

The gallery is one of London’s smaller museums, but it has a strong reputation in the art world, housing one of the most important collections of Italian modern art outside Italy. The permanent collection is supplemented by a busy schedule of exhibitions which have over the years showcased everything from the fashion house Missoni to 1930s Italian cinema to the art of Campari, via the works on paper of Amedeo Modigliani.

A passion for modern Italian art

The collection is named after the sociologist and writer Eric Estorick. Born in Brooklyn in 1913, the son of Russian-Jewish emigrés, he would go on to study sociology at New York University, at the same time discovering the remarkable Eugene Gallatin collection of the Gallery of Living Art in Washington Square College. The works by Picasso, Matisse and the early Surrealists would draw him back again and again, sowing the seeds of his later reinvention as an art collector and dealer.

Estorick began collecting seriously in 1946 while on a trip to Europe to research the second of his two biographies of Sir Stafford Cripps, Britain’s ambassador to Moscow during World War Two and later Chancellor of the Exchequer. Contemporary drawings were going cheap in post-war Europe, and Estorick’s book royalties were sufficient to purchase drawings by Picasso, Matisse and Braque, among others.

The following year he met and married Salome Dessau, the daughter of German refugees who had settled in Nottingham, England. It was while on their honeymoon in Switzerland that he discovered Umberto Boccioni’s book Futurist Painting and Sculpture (1914). The book had an immediate effect. The couple visited the studio of artist Mario Sironi in Milan, where Estorick bought “hundreds of drawings and as many pictures as I could get into my Packard Convertible Roadster.”

There can be no doubt about his passion for Italian art, or his fine — if partially colour-blind — eye. He also benefited from a certain detachment, as he spoke no Italian (Salome was the linguist in their partnership) and was, in any case, more interested in the art than the artist.

After the exhibition ‘Modern Italian Art from the Estorick Collection’ went on show at the Tate Gallery in 1956, subsequently going on an extended tour in Europe and America, Estorick’s collecting slowed down. He gradually moved away from being a ‘pure’ collector, as he put it, to becoming an art dealer, opening the Grosvenor Gallery in 1960.

The work of the Futurists formed the core of Estorick’s collection. “A boyhood life in the metropolitan oasis of New York was Futurism in action,” he once wrote.

Futurism was an avant garde artistic movement founded by the Italian poet Filippo Tommaso Marinetti. It was a call to cast off the oppressive weight of the past, to rid Italy of “the innumerable museums which cover it with innumerable cemeteries,” as Marinetti put it in the Futurist Manifesto published in 1909. Art movements of the period were fond of provocative manifestos. Instead, artists should celebrate the dynamism of the modern world, the airplane and the automobile, technology, speed and war. Futurism would later find a natural home under Fascism, a link which has muddied the waters for the study of Futurism ever since.

The main names in Futurism, such as Umberto Boccioni and Giacomo Balla, are well represented in the collection, and have had a number of exhibitions devoted to them over the years. But Estorick’s collecting zeal went further, as he acquired works by well-known artists outside the Futurist sphere such as Giorgio de Chirico and Amedeo Modigliani. A gallery on the third floor is devoted to the drawings and etchings of Giorgio Morandi.

Key works from the collection went on long term loan to the Tate Gallery, where they remained from 1966 to 1975. In 1968 Estorick received the title of Cavaliere from the Italian Republic, and the higher honour of Commendatore in 1970, for his services promoting Italian art. The Italian government, along with various museums in the United States and Israel, would propose buying the collection, but the offers were always refused. Estorick wanted to keep the collection together, and didn’t want to see its impact diluted. To that end, he donated the collection to the Eric and Salome Estorick Foundation, which he set up in the months prior to his death in 1993.

The Foundation bought the grand, if rather neglected, Georgian mansion at 39a Canonbury Square in 1994, with a view to renovating it as a museum to house the collection in 6 galleries over 3 floors. The museum opened to the public in 1998, displaying about 60% of the collection at any one time. Refurbishment in 2016 opened up the space further, while retaining the beauty of the structure.

The museum’s small size has proved to be an advantage during the upheaval caused by the pandemic. The British government’s furlough scheme, which paid a proportion of the wages of staff while the museum was closed, a Museum Re-Opening Grant and donations helped the museum keep afloat. Like the cultural sector as a whole, the museum has had to grapple with a number of challenges — sourcing personal protective equipment, testing staff, arranging timed ticketing, and ensuring the visitor experience is as seamless as possible. They were also able to use technology to their advantage, running a series of webinars during lockdown to keep their public engaged and eager to return.

Judging from my experience, their strategy seems to be working. So sanitize your hands at the entrance, check in at reception, and take your time as you meander through the galleries, while keeping your distance, of course.