Carlo Calenda And The Digitalization Of Political Confrontation

Political communications of the Italian ruling classes determined new trends. Calenda’s campaign for Mayor of Rome is an example of this shift. 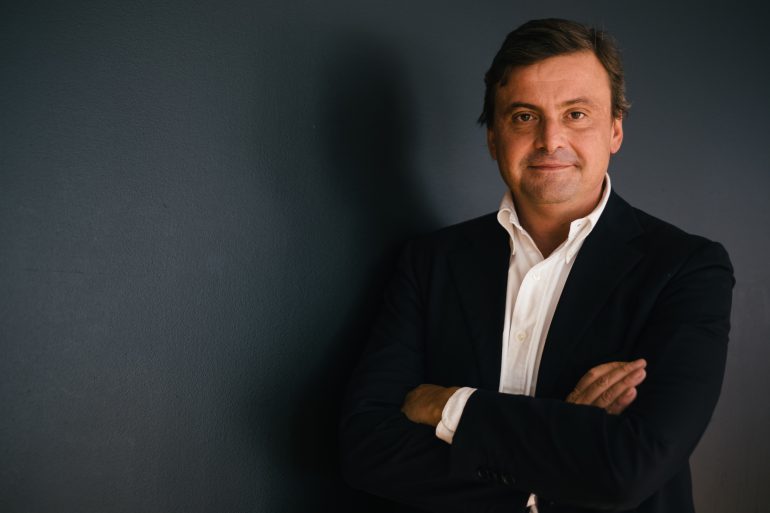 Carlo Calenda is one of the favorite candidates for Mayor of Rome. Lucamaiella, CC BY-SA 4.0, via Wikimedia Commons.

Over the years, the political communications of the Italian ruling classes has changed. From the rousing rallies and stiff, formal styles of old to slicker modern campaigns, politicians have long sought innovative ways to increase their reach, support, and, ultimately, their vote share.

With our shift online and the deepening of public interactions with political figures, new tendencies have developed. Now politicians can use social media platforms like Instagram and Facebook, to widen their audience. At the same time, Youtubers, influencers and other famous people from the digital world are increasingly politicized. Meanwhile, the younger generations, including Gen Z and millennials, are reachable only through digital means. Given this, the capability of public characters — internet personalities, celebrities, and some political figures — to intercept large parts of the population, and to legitimate themselves by reference to their follower count, is a symptom of a transition towards new communications schemes.

Due to this cultural shift, politicians are increasingly participating in online debates and live TV shows to follow the latest trends. And in this way, we are truly seeing a digitalization of political confrontation. What once took place on the street, or on primetime politics shows, now happens on social media profiles. Carlo Calenda, the leader of the political party Azione, and one of the candidates for the mayor of Rome, represents an interesting example of this new approach to politics.

Carlo Calenda, in some ways, has a difficult job. Once a minister in the government of Matteo Renzi, during the mayoral campaign he has sought to distance himself from his old boss while forging a new political identity. At the same time, as the leader of a new party, he has had his work cut out to make himself known among voters.

To achieve this, the leader of Azione has assumed a narrative technique with which he hopes to conquer a wider audience, both from the left and the right. And, as part of his strategy, Calenda has exposed his personal life and interests without forgetting to emphasize his academic and political achievements. In this way, his political communication strategy has focused largely on his own character.

Of course, Calenda is not the first political leader in Italy to adopt this approach to government. At first, the personalization of politics reached a peak with Silvio Berlusconi and the emergence of his personal party, Forza Italia. By exploiting his dominant position in the media sector, he managed to build a party around himself to challenge the unstable Italian political equilibrium at the beginning of the 1990s. Later on, the newly discovered web activism of the Five Star Movement was an international novelty, able to oppose traditional mechanisms of political representation with formal digital frameworks. Yet, in the beginning at least, this too was built around the character of an individual, the comedian Beppe Grillo.

Calenda’s own centering of his campaign strategy on himself has had similar goals: to create a direct relationship with potential supporters. To this end, his face has been plastered 300 times on the side of buses and on leaflets available at the 450 banquets around the city. Perhaps a crude strategy to build public awareness. Yet, on the other hand, he is playful and self-deprecating, such as when he has engaged in acts of self-irony, by reposting episodes of Fratelli di Crozza, a comedy show, where he is mocked by the host, Maurizio Crozza.

In particular, Calenda’s recent social media appearance has sparked discussions regarding the style of his political communications. In a reply to a tweet, he mentioned Damiano Coccia — a Roman influencer better known as ‘Er Faina’ — as an example of vulgarity and ignorance. But since then, a back and forth has developed between the two online, gradually revealing a more genuine Carlo Calenda who has put aside formalities and polished language.

A step further in this communicative attitude came with his participation in a live program on Twitch — the online platform for gamers — called Tg Faina, organized by Er Faina himself. The conversation focused on Calenda’s run for mayor and his proposals regarding the management of the outskirts of the Capital, often characterized by phenomena of socio-economic hardship. They ended up confronting each other on the topic, exchanging witty comments in Roman dialect.

Would this be a new political strategy? Might the involvement of non-political actors in public debates be an effective communication style for Italian politicians, as it promised to be for the likes of Jeremy Corbyn and Bernie Sanders abroad? Here, the rupture between the national political class and the population is something hard to miss. Given that the youngest generations communicate in ways with which politicians are not able to easily identify, there is perhaps a growing need for greater intermediation, through which political messages can be conveyed.

It’s true that Calenda’s communicative approach is straightforward, approachable, and, in a sense, youthful. Mixing social media activism with popular language does seem to attract wider bands of the population. Yet, the material consequences and successes of this political strategy are still hard to spot. For example, while he may be cultivating support among the young, it is not certain that they would still go out and vote for him.

The results of the mayoral polls are extremely volatile, alternating Virginia Raggi from M5S, Roberto Gualtieri from the Democratic Party, and Carlo Calenda as most probable winner on the ballot. In this sense, maybe Calenda’s strategy won’t end in success, just as Corbyn’s and Sanders’s didn’t. Unlike Calenda, Raggi and Gualtieri are not engaging in online debates. Raggi still prefers to discuss politics on national tv programs like Cartabianca on Rai3, while Gualtieri expresses his ideas as candidate mayor on Otto e Mezzo, a famous political parlor on La7 channel. Maybe the more traditional styles of political communications will win out in the end.

All three politicians want a transformation of Rome, to express the city’s greatest potential as the Italian, and a European, capital. Still, Calenda’s new communicative style can perhaps shake the Roman electorate from an apathy exacerbated by the COVID-19 pandemic. We will have to wait to see if this political communications technique will be an electoral success, or simply a style without substance. But ultimately, for future success, Calenda needs to remember his political goals, not just his style, to avoid becoming just another passing vogue.