UFOs Over Italy: A History In Discs

As far-fetched as it might seem, the Italian narrative of flying saucers involves Benito Mussolini, soccer, and Elon Musk. 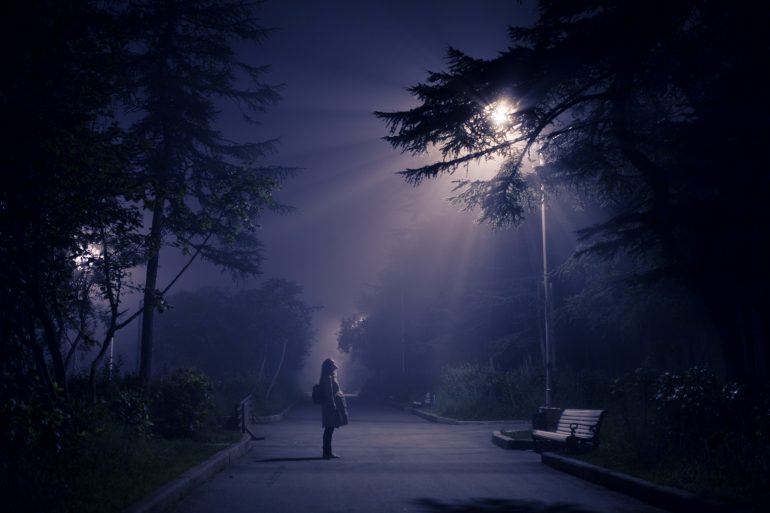 A woman walking at night sees a light. Photo: Artem Kovalev on Unsplash.

Italy is renowned for many aspects of its cuisine and culture, but UFO activity does not immediately spring to mind as being one of the peculiarities of the peninsula. However, according to the experts, it should. Edoardo Russo, secretary general of CISU, or the Centro Italiano Studi Ufologici — the Italian Center for Ufology, stated in 2011 that for the number of UFO sightings and reports, “Italy is one of the most active countries in Europe, more than France, Germany, and Spain.” While this could simply mean that Italians have more active imaginations and are more prone to believing in extraterrestrial life, the history of Italy and alien visitors is quite fascinating nonetheless. As far-fetched as it might seem, the Italian narrative of flying saucers involves Benito Mussolini, soccer, and Elon Musk’s Starlink program.

In 1933, as he strengthened his grip over Italy, the last thing on Benito Mussolini’s mind was little green men from Mars. Yet according to documents unearthed in the late 1990s, Mussolini was concerned enough about an unidentified flying object that crash landed in Lombardy to establish a secret working group known as Cabinet RS/33. Demonstrating the paranoia common among the dictator set, Mussolini suppressed all evidence of the spacecraft and had his security forces monitor the skies for similar intrusions. Despite his best efforts, another UFO sighting occurred in 1936, when Venice was buzzed both by a large metal disc and a slate-colored tube within the same night. Mussolini enlisted the help of radio pioneer Guglielmo Marconi to investigate the happenings, and the Cabinet RS/33 shared many of their findings with Nazi Germany. While there is little other information about what happened to the crashed UFO and the tests performed by the fascist scientists, it is notable that these otherworldly encounters predated the sightings in the United States, which began in the early 1940s.

One of the most notable sightings that garnered national media attention occurred on October 27, 1954. Florence soccer team Fiorentina was battling it out on the pitch with regional rival Pistoiese on a typically Tuscan fall day. Suddenly, the crowd of 10,000 screamed in surprise as what appeared to be a fleet of oval spacecraft moved slowly over the stadium. Fiorentina player Ardico Magnini remembers that “It was something that looked like an egg that was moving slowly, slowly, slowly. Everyone was looking up and also there was some glitter coming down from the sky, silver glitter. We were astonished. We had never seen anything like it before. We were absolutely shocked.” The game was suspended due to “aerial interference,” a first in the history of Italian soccer, and yet to be repeated.

The fans and players were not the only ones to witness the phenomenon. All across Tuscany, eyewitnesses called the police and newspapers, claiming a Martian invasion was underway. The authorities were particularly puzzled by the “silver glitter” that had fallen all across Florence. A journalist at La Nazione collected some samples of what seemed like cobwebs or string and brought them to scientists at the University of Florence. The tests proved inconclusive, though the material did contain natural elements like boron, silicon, and magnesium. Sixty years later and there are those that ascribe the event to migrating spiders, who use the process known as ballooning to move long distances through the air. Centro Ufologico Nazionale (CUN) president Roberto Pinotti strongly disagrees. In his view, “We may conclude that it was an intelligent phenomenon, a technological phenomenon and a phenomenon that cannot be linked with anything we know on Earth.”

With COVID quarantines addling the minds of many Italians, it is not really that surprising that the number of UFO reports have surged over the last year. According to the CUN, there was a 57% increase in alien sightings from 2019 to 2020. The most heavily trafficked month was April 2020, when the national lockdown had gone into full effect. 75 sightings were officially reported, with a large number in Rome, Turin, Naples, and Florence. The ufologists at CUN were careful to separate the wheat from the chaff, noting that many sightings occurred when Elon Musk’s Starlink satellites were passing over Italy. SpaceX launched 60 satellites during April 2020, and several of them triggered dozens of alarmed reports. With this information in hand, the UFO experts were able to dismiss more than 95% of the supposed sightings. However, a small percentage have yet to be explained as human activity, which is what excites those at CUN. From Sicily to Tuscany, Italians have provided photos and videos of flying spheres and discs that have no simple explanation.

As the media in the United States has gone wild over the Pentagon report on UFO sightings by the American military, Italian ufologists seek to remind the international community that “In 2001, Italy was the first country in the world to release military data on unidentified flying objects.” Curiously enough, the Aeronautica Militare, or Italian Air Force, has been documenting UFO encounters since 1978, when Prime Minister Giulio Andreotti designated them as the government recordkeepers on the phenomenon. There is even a completely serious official webpage on the Aeronautica’s website devoted to ‘Oggetti Volanti Non Identificati’, or Unidentified Flying Objects. CUN actually published an official press release applauding the transparency and commitment of the Italian Air Force this past month, and called for further examination of the U.S. UFO report.

Whether the Italian tradition of UFO sightings comes from too much good wine or an alien civilization prepping il Bel Paese to be a major probing site, let’s continue to be vigilant and watch the skies. Who knows when E.T. might show up looking for some tagliatelle?