Will Italy Reciprocate The UK’s Treatment Of EU Citizens?

A series of deportations from the UK have highlighted a sobering new reality for UK-EU relations. 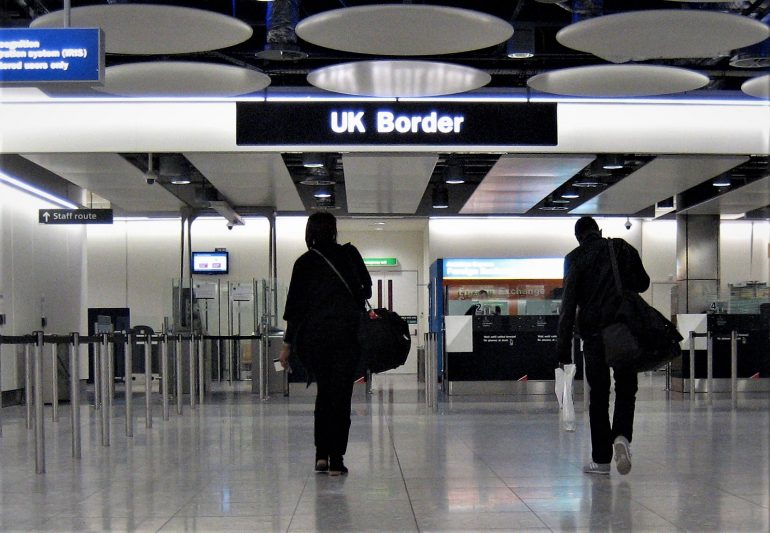 The UK Home Office treatment of EU citizens in instigating a series of deportations from the UK, including of Italian citizens, has highlighted a sobering new reality for UK-EU relations. The growing mountain of confusing new rules around the right to work and travel have led to the sharp shock of detention for young EU citizens landing at UK airports who had believed they had the right to enter the country.

It was a few weeks ago when my eyes caught a headline on the Guardian app that, at first glance, seemed too unbelievable to be true: “EU citizens arriving in UK being locked up and expelled.” The thought of EU citizens being deported from the UK, barely 5 months into our post-Brexit reality, was too shocking for words. It should have been fake news — but it wasn’t.

Instead, the story highlighted the fragility of the things we take for granted and the unpredictability of our shifting political and economic systems. It was a sobering moment. I stopped reading and sat thinking how we just never know what’s going to happen next. Certainly, those young Europeans landing at UK airports had no idea what was awaiting them.

These young people, mostly female and many Italian, had travelled to the UK for work, believing this to still be possible. Some had come for interviews, others to look for work. Some to start internships and take the opportunity to improve their English.

One 24-year-old Italian woman’s story that gained media attention, had travelled to the UK to ‘work’ as an au pair for her brother and his British wife who both work for the NHS and needed help looking after their two children. Believing he was following the guidelines, as stipulated on the UK government website, the young woman’s brother had written a letter of invitation for his sister to show at the airport, outlining that she would be staying with him, helping out with the children, improving her English and learning about British culture during her stay.

Despite this and also double checking with his local MP, his sister found out she didn’t meet the requirements for entry only when she got detained at London Heathrow airport, before spending a terrifying night in a detention center and being dramatically flown back to Italy the next day.

What led the UK to take this action against a few people who, it seems, had made completely innocent mistakes in interpreting the rules? Couldn’t the authorities have been more reasonable and let this young Italian stay with her brother overnight before flying back to Italy the next day? Was taking her to a detention center really justified? Isn’t deportation meant to be a last resort?

Some readers’ comments in response to related articles shared by The 3 Million, the main non-profit organization for EU citizens in the UK, expressed their shock and pointed out that if British people had been deported from Italy, there would have been an absolute outcry at the injustice. Certainly, if any Brits in Italy overstay their 90-day limit, they risk being expelled. And now, since the UK government have already set the precedent for EU citizen deportations, the Italian authorities might not be very sympathetic if anyone is caught out.

Would not being familiar with the new rules be classed as an innocent mistake? Only time will tell.

We live in uncertain times. As the tectonic plates of political and economic relations between the UK and the EU shift and settle, we regular citizens feel like collateral damage. We are left to get our heads around and grapple with the new system, at the risk of getting into trouble, it seems.

Let’s not also forget who those young people were, who were detained at airports in the UK and then expelled back to countries including Spain, Germany, France, Greece, Czechia, and Bulgaria. These were people born into a world where the UK was part of the EU club. Where there was free movement to live and work in any of those member states.

That was their world. They knew no different. But now they do, and in the harshest way possible.

The new rules in both the UK and Italy are complex and, when you are used to a thing called free movement, it can be easy to make a mistake or interpret something in the wrong way.

For example, the rules in the UK around employing au pairs is written in deceptively simple language in which anomalies arise. The government website stipulates that EU citizens can only be taken on as au pairs if they have settled status — meaning that they have registered that they were a resident in the UK before December 31, 2020. However, it then goes on to state that if the au pair is staying for 6 months or less and is staying with family and has a signed letter of invitation, they are not classed as a worker. This is very easily interpreted to mean that, as a European, you are able to go and do this ‘work’ as a visitor without the need for a visa.

The irony of this young woman’s plight is that under the rules, she may have been able to do so under normal circumstances. However, COVID rules have added a confusing mix to the already dizzyingly complex set of rules. Basically, being classed as a ‘visitor’, rather than a UK resident or a citizen, she was not allowed to enter. Prior to May 17, only UK residents and nationals had that right, and only if you could prove it was in an emergency. These stringent pandemic restrictions are the reason why thousands of UK nationals living in Italy have not been able to see their families at all for months.

Britons in Italy risk being deported

In Italy, the rules for UK citizens living and working in Italy prior to December 31, 2020 are also complicated. Confusion remains over the kind of documents needed to stay in the country without Italian citizenship.

UK citizens, like any other non-EU citizen, will need to have applied for residency by the transition date. However, many UK citizens who returned to Italy following Christmas and the end of the Brexit transition period had their passports stamped at the border, despite showing their proof of residency. That meant they had to then go to their local passport office to get the stamp removed. Otherwise, they would be at risk of deportation under the 90 day stay rule.

Again, it is easy to fall between the bureaucratic cracks. For UK citizens to apply for jobs, they’ll need — again like all non-EU citizens — to provide proof of Italian citizenship or a ‘attestazione di soggiorno permanente’ number that states you have the right to work in Italy. Unfortunately, the typical EU citizen working in Italy is employed on short-term contracts, so find themselves having to regularly apply for jobs. Problems necessarily arise. A story in La Repubblica recently told of a family where the British husband’s contract ran out at the end of last year — not having been able to apply for the new documents left him without access to a doctor during the pandemic and also without the right to apply for a job.

Whether the Italian authorities will come down hard on Brits who unwittingly, or willingly, break the rules remains to be seen. Evidently, with the recent deportations from the UK, Italians have now woken up to the fact that free movement is a thing of the past. And Brits in Italy and across Europe are slowly coming to see the reality of being third country citizens.

Just five months after the dawning of the UK and EU’s new relationship both sides are being sharply reminded that what we once took for granted is no more and that reminder sometimes comes with scary and disturbing consequences.