Italian Businesses That Have Impressed Us Throughout the Pandemic

At the start of the pandemic, the outlook for Italian businesses was gloomy. But despite everything, many firms have done great things. 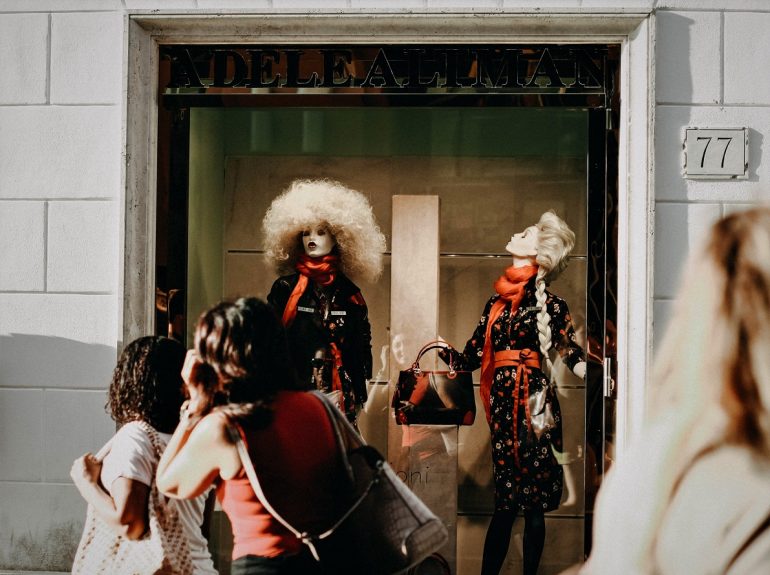 A shop window in the center of Rome. Photo: Anna Vi on Unsplash.

The pandemic has been tragic for Italy on many different levels. One of these concerns the challenges faced by Italian businesses.

Some may think that only small business have been strongly affected by the crisis, closing down and leaving employees out of work. In fact, many businesses of all sizes have suffered, with Istat, the Italian statistics office, reporting that over 68% of Italian businesses have made a loss compared to 2019 — and 17,000 businesses likely to be closed forever. According to a study among businesses in March-April 2020, most enterprises expressed serious pessimism. And that was with the Italian economy looking pretty bleak even before the pandemic.

However, it is not all so bad. From a cultural perspective, we have seen that Italians remain deeply concerned about the economic impact of COVID-19. Yet, Italy is changing, developing new consumer behaviors and alternatives to out-of-home activities, and companies too are beginning to slowly adapt. Meanwhile, the Italian government has enacted huge interventions in support of Italian companies to, firstly, ensure their stability, and then eventually to facilitate their recovery.

Here, we want to take a positive perspective — to celebrate some of the businesses who have tried to mobilize and change their fate as much as possible, and help out others with great acts of solidarity. There are many we could mention — but here are some of the best examples.

The Italian businesses fighting the pandemic

Gian Luca Rana, CEO of Pastificio Rana and Giovanni Rana’s son, developed a project of distribution, on a large scale, of a great amount of food products which reached different areas of the country to give comfort to the most needy. He also donated €400,000 to two local hospitals in Verona, while the company didn’t leave his over 700 employees behind, offering insurance policies and salary increases worth a total of over €2 million, alongside bonuses of €400 per month for childcare. The national reputation of the company and the employees’ gratitude clearly are the pillars on which the company stands today.

Other examples of donations to hospitals and employees are the Lactalis group (whose best-known brands include Galbani, Parmalat and Nuova Castelli), which raised the salaries of its 4,000 employees by €250 in March 2020. Meanwhile, €200 million has been donated to hospitals in Valtellina and Alto Lario by Levissima, and Eni‘s commitment to charity has even reached a massive €35 million.

Ferrero Italy donated €10 million to the commissioner structure for the COVID-19 emergency in Italy. Muller Italia has donated €300,000 to the Coronavirus Emergency Fund in support of the University Hospital of Verona, while the Agnelli family gave €10 million and 150 ventilators.

In addition, the fashion sector joined forces in a race of solidarity. The Armani Group has donated €1.25 million to hospitals in Milan, while Prada, Benetton, Manila Grace and many others helped hospitals all over Italy. In general, the whole fashion industry took action to preserve and adapt the country’s fragile supply chain.

The case of Condorelli

Some enterprises didn’t have such an impact on funding. However, they did stand up for justice even in a difficult situation. One of the most inspiring acts came from Giuseppe Condorelli, owner of the famous Sicilian pastry company.

During the pandemic, he received an intimidating note from the mafia clan, Cosa Nostra, who were seeking to extort money from the company. However, he reported the clan and now half of them have been arrested. This is a great gesture for a Sicilian company and, in fact, in the Chamber of Deputies in Monte Citorio politicians and ministers recently showed their support and solidarity with Condorelli.

In an interview he affirmed “I’m certainly very happy with the reaction I received, especially because here at the company we received hundreds of phone calls from ordinary people wanting to show their appreciation. But if there is still so much astonishment about my actions, it’s because there is still a lot to do in terms of culture.”

Similar actions against injustice, even in such difficult and unstable periods, have the power to be the driving force for change and an encouragement to never give up on the Italian business sector.

Business’s role in changing Italy for the better

These examples of solidarity are to be applauded. But it’s not just the famous names that have helped fight the COVID-19 crisis. Instead, small and micro Italian businesses have done their best to help, through crowdfunding and small donations to charities and hospitals, or even just through offering products to people in need.

In Italy, we’ve seen many of these small charitable deeds in small towns in the countryside, maybe even by our neighbors even. Solidarity has no size, it’s a gesture for everyone.

We hope that businesses do in fact continue to be an example and play a more positive role in Italian society. The most successful cannot just be golden geese, or mere service providers. Rather, they should convey an ideal, a sense of something the company believes in. And, thanks to the rising power of online marketing and image, the values each company holds are more visible than ever.