5 Reasons Why Italy Deserved To Win The Eurovision

Some additional reasons to celebrate Måneskin's victory, apart from the fact that they were actually the best contenstants. 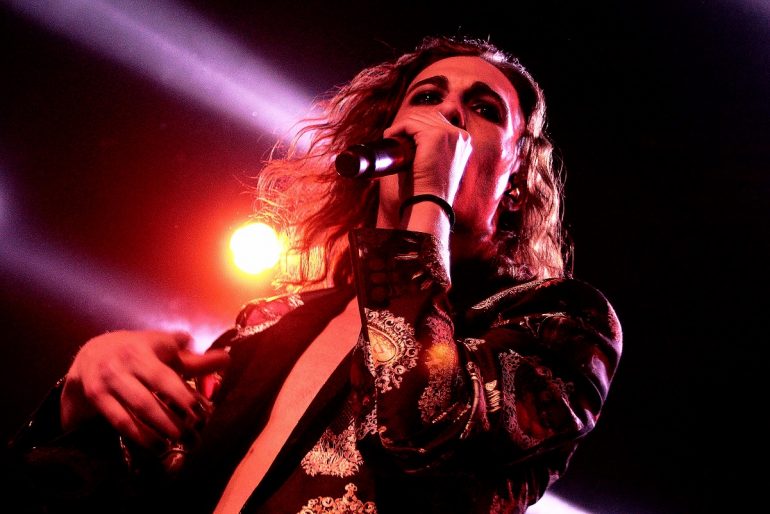 If Eurovision has largely been a mediocre experience for Italy, with our last victory dating back to 1990, four twentysomethings from Rome named Måneskin finally broke the curse. Although Italians often focus — perhaps even a bit provincially — on domestic events such as Sanremo, in the last few years the new generations increasingly paid attention to the European song contest, Yesterday, it offered us some of those vibes and enthusiasm that had long disappeared.

Twitter and Facebook are full of celebratory articles and comments, while politicians from the left to the right try to get their hands on a victory which is keeping the country united, at least for a few hours. Political looting and lightness of the format aside, this is an achievement for a country like Italy. It increases its soft power and goes a fair way towards restoring the status of cultural superpower in the imagination of the international public, currently blurred by many years of unjustified artistic autarchy.

Plus, they’re good fun. But that’s not what makes a Måneskin victory important for Italy.

1. Måneskin are something different

Måneskin are truly something different, even within the varied rage of musical ideas that artists from all over Europe bring to the stage, as they combine two traits that are uncommon for a favorite contender: they sing in their own language and play rock music. Remember last year that the unconventional lyrics of Mahmood’s Soldi made the difference both with the jury and televoting, as the Dutch Duncan Laurence won in Tel Aviv with a melodic love song in English. While countries like France and Portugal usually submit beautiful songs in their original language, their folk-pop sound is clearly aimed to satisfy the tastes of the wider public. This is why Maneskin’s victory looks even more valuable, a victory certified by the voters which has the merit of breaking both the classic political dynamics of the festival jury and the automatic correlation between Italy and the typical Italian melody.

2. From the streets of Rome to the main stage

Måneskin are also a breath of fresh air, as they are the first ever Sanremo winners to be born in the 21st century (only Damiano, the singer, was born in 1999). They represent the best of a new generation of talented, determined, self-confident Italians who often have to listen to the aprioristic mumbling of their elders — the same ones who in many cases have benefitted from the best economic and political conjuncture in recent history — and who still consider all those born after the late 1980s to be overgrown toddlers. The band started their climb to success with live performances on the streets of Rome, more precisely in the central Via del Corso; they became a sensation when they placed second at the Italian X Factor, and then won the most important national song festival, Sanremo. The fact that they did so again at the world-renown Eurovision says a lot about the fact that they made young people from all over Europe slamdance in their living rooms.

As we’ve already covered, the way that Måneskin challenge gender stereotypes and perceptions of young people is somewhat revolutionary for Italian standards. Måneskin like men with nail polish and women who play bass. In a Festival — some might say a country — where minorities, women and young people are often invisible, Måneskin turn the unthinkable into mainstream. They include the first woman to win Sanremo on the bass, Victoria (an auspicious name), and the first band ever to win the festival with a woman as instrumentalist. Victoria is also the first woman since 2008 as co-author of a winning song. Besides that, the kiss between band members Damiano and Thomas might have a decisive social impact in Italy, right before the discussion at the Senate of our first law on hate crimes against LGBT people. It flies in the face of those who, in 2021, still oppose this fundamental change to human rights in the country.

When a country wins the Eurovision, there are always thousands of comments by people who legitimately question the final result. It’s the beauty of Eurovision. This year, a rumor regarding the band’s frontman Damiano sniffing cocaine during the announcements of results started to circulate right after the wrap up. Leaving aside the absurdity of the whole affair, the individual concerned has already disproved this fanciful theory (you just need to look at the distance between his face and the table), explaining that he was picking up a broken glass off the floor — something that might well happen during a celebration. In particular, the French press, the same who victimized Zinedine Zidane in 2006 for his act of aggression against the Italian Materazzi in the World Cup final, took once again the opportunity to stir a controversy to minimize their defeat. How do you say Zitti e Buoni in French?

5. Rome is a great scenario for a big event

You say Måneskin, but you read Ethan, Victoria, Damiano and Thomas. These guys first met during high school and they started their music career playing in the historical center of Rome. One might assume that their desire is to return as reigning champions at the next Eurovision in Rome, rather than in the more organized and equipped stadiums of Milan. Sentimentality aside, hosting the Italian Eurovision in Rome is an enormous opportunity for the whole country, which has for too long lacked a capital city to act as a cultural counterpoint to the financially stronger North. Romans will head to the polls in October to vote for the next administration, and a new mayor who might finally feel compelled to remove the veto on the organization of big events — see the missed opportunity of the Olympic games — could be a blessing for the Eternal City. If we think out of the box and recreate a beautiful show like the Dutch did in Rotterdam, incorporating some of the world’s most beautiful landmarks at a time when COVID restrictions will hopefully be lifted and people will travel again, the 2022 edition might be something to be remembered for years to come. In the meanwhile, let’s listen to our song again, and slamdance all together.