Shifting Sands: Italy Swings To The Other Side Of The Palestinian Question

Historically, Italian sympathies have always swung towards self-determination in the Middle East. That's no longer the case. 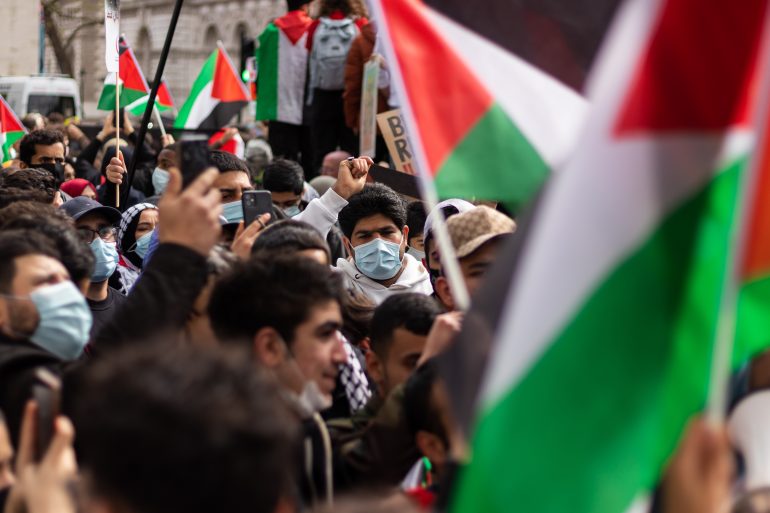 Historically, Italian sympathies have always swung towards self-determination in the Palestinian question. That’s no longer the case.

The reignition of conflict between Israel and the Palestinian territories is a harsh reminder that no matter how much changes in the international order, one of the most intractable conflicts in modern history is always a hair’s breadth away from erupting. In conjunction with the celebrations of the Muslim fasting month of Ramadan, clashes and violent incidents have occurred nationwide on a nightly basis. The intensity of the conflict has provoked strong reactions from the international community, and while a cease fire has been called the peace is tenuous at best. Italian politicians, generally quite vocal of their support for the Palestinian cause, have instead remained largely benign in this most recent iteration and when they have spoken, it has largely been in support of Israel. Why the sudden shift in a largely entrenched position?

The roots of the Palestinian question run too deep to cover in this space, but it is fair to say that since World War I, the Middle East has been subject to the interests of the Western great powers, particularly France and the United Kingdom. In particular, Britain’s mandate over Palestinian territories in 1920 raised tensions between Arabs and Jews and weakened the fragile peace between the two peoples. The two groups ended up living on two parallel tracks with different public institutions, education schemes, and welfare systems.

This suspended state lingered until 1948, when tensions erupted after the creation of the State of Israel on May 14 of the same year. From that moment on the international community, with the United States in the lead, has turned the Palestinian question into a global bargaining chip. While the European Union represents the largest bloc of countries, the 2003 and subsequent statements about the need for a two-state solution is still a source of profound contention between Palestinians and Israelis, as the last weeks have made tragically clear.

The Mediterranean region has long been the focus for Italian domestic and foreign policy strategies, which have often overlapped both in challenges and opportunities. The Middle East region has been critical to cooperation and bilateral agreements with Italy: economic, energy and military interests have always taken precedence, but the peaceful co-existence of Jewish, Christian, and Muslim populations has also assumed a prominent role for Italian interests.

As early as 1948, the Italian government attempted to exert influence in the area. The leftist parties of the Italian First Republic were generally characterized as sympathetic to the Arab cause, with a particular interest in the conditions of the less well-off, the poor, and the oppressed. On one hand, the Italian Communist party equated the Palestinian conundrum to a symbolic struggle for self-determination akin to neo-colonial occupation, with Israeli policy considered a form of imperialism. On the other hand, sensitivity to the ongoing tensions between Arabs and Israelis also affected the more leftist leaning contingent of the centrist Christian Democrats. From a foreign policy perspective, political support for the resolution of the stalemate by the Italian left was motivated by the interest to form an international order based on cooperation and peace, without hegemonic control.

Indeed, Italy made serious attempts to forge a solution to the Palestinian question after Israel’s occupation of the West Bank, East Jerusalem, the Gaza Strip, and other Arab lands in Egypt, Syria, Jordan, and Lebanon during the Six-Day War in 1967. However, by the time the Yom Kippur War occurred in 1973, Italy was forced to navigate its own political turmoil; the attitudes of Italian political actors had changed, and their opinions on instability in the Middle East became fractured.

As such, Italy supported resolution no. 338 of the Security Council of the United Nations in 1973 and the subsequent declaration of a ceasefire as the first steps towards a lasting peace between Arabs and Israelis. All of the Italian political spectrum, even with internal divergences, pushed for a solution that entailed the recognition of the state of Israel and the creation of an autonomous Palestinian state.

From pro-Arab attitude to broad support for the Israeli position

Though Italian leaders have historically shown support for the Palestinian right to self-determination, more recent actions indicate an alignment to the Israeli position, on both sides of the aisle. The convergence of the political forces on Israel’s stance is visible in social media posts as well as statements made at recent public events. Distant political leaders such as Matteo Salvini and Enrico Letta stood side by side condemning the Palestinian missiles that hit Israel and demanding a halt of the hostilities. Italian Foreign Minister Luigi Di Maio also denounced the launch of rockets from Gaza, recognizing Israel’s legitimate right to protect its population. On top of that, Mario Draghi made no public statement on the conflict, rousing speculation that the Prime Minister preferred not to engage at all with the question.

These contrasting signals and the Italian tendency to favor multilateralism and Europeanism have muddied the waters on what once was a clear Italian position in the region. However, the stakes may just be too high to draw any lines in the sand: economic ties with the region run deep, not least with the joint initiative to tap into the reserves of Eastern Mediterranean gas reservoirs. Then, also, the Italian military has benefitted from a bilateral partnership that allowed them to export goods to Israel totaling 2.45 billion in 2020.

The fact remains that Italy, and the European Union in general, have their hands full trying to recover from one of the most acute crises since the end of the Second World War. While the EU has never held the same diplomatic status in the region as the United States, there is a choice to make on how and to whom they lend their support, however superficial it may be: approaching the recent conflict as a security issue threatening many groups, rather than taking sides and throwing the overused rhetoric of terrorism and self-defense, is a first, and meaningful step. Instead, Europe seems to have embraced the traditional US position for unequivocal support of Israel and in so doing, have rewritten the script for international relations. However, as recent actions by port workers in Livorno and Naples have shown, popular opinion may still rest on the side of the Palestinian cause, and in the Italian context, this may have a decidedly negative effect on the current political leadership.